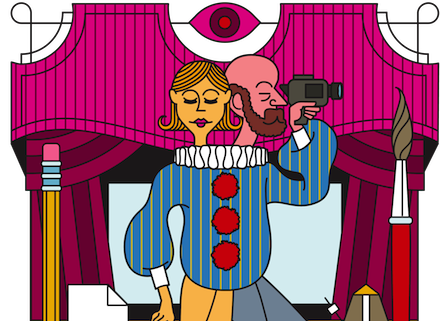 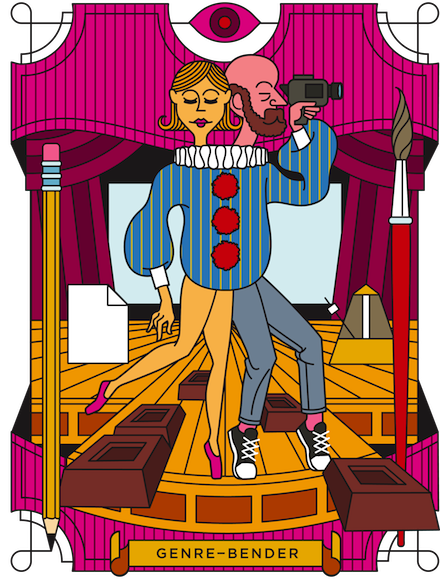 In which a disillusioned theatre dude searches for worthwhile artistic partnerships.

There was enough creative rigor for theatres like AHA! and Annex to form (mostly) friendly rivalries; their stages crackled with frenetic brilliance and glorious failure just blocks from each other. People risked heading west on Blanchard from the Crocodile down a poorly lit street to see improv—improv—at Belltown Theatre Center. Was that a homeless dude? Or was it a Cornish grad doing inspired Pirandello for 12 people and beer money? It was often a life-or-death risk to see and create art in parts of this city.

Then something changed. Tech money slowed to a trickle. Fewer Microsofties retired early to be angel-donors for small arts groups. Theatres closed and the gap between acting in a hovel and performing in a 3,000-seat house became vast. Praise arrived from out of town and made us lazy with pride.

We had a lot more time on our hands to talk. I’d come home from a night of stimulating conversation only to realize nothing would come of it except a hangover and less beer money. I hated myself for talking so much and doing nothing. At some point collaboration become synonymous with idle talk, with the surrender of artistic responsibility. “Ensemble” became code for art-by-committee.

It’s not healthy to hang on to these injuries. Deep down, an artist is nothing if not hopeful. Perhaps I’ve been isolated too long, rehearsing in windowless rooms with black-painted walls bemoaning Seattle’s lack of edge while ignor- ing the fact that the city is still in its cultural adolescence, beyond entry-level but not fully developed.

This is what pulls at me, even as I become that crotchety artist who talks about the old days. I’m hopeful that there are viable examples of collaboration around Seattle and I’m curious to witness them for myself.

The City Arts Fest showcase called Genre-Bender, for example, features a roster full of credentials: dance luminaries Mark Haim, Amy O’Neal and Rainbow Fletcher, sculptor Casey Curran, visual artist Sean Johnson, poet Karen Finneyfrock, musician Evan Florey-Barnes, performance artist Mike Pham, filmmaker Wes Hurley and installation artist Joanna Lepore, who also runs the confectionary at Theo Chocolate. Organizers paired them up, locked them in a room and ordered them not to come out until they’ve made something amazing. Their work will be revealed on Oct. 21 at On the Boards [Editor’s note: This show is no longer at the Can Can], where the assembled crowd will ultimately decide between throwing rotten tomatoes or confetti.

I was tasked with luring some of them out for beers at Vermillion on Capitol Hill (an art gallery inside a bar, or maybe vice-versa) to talk about their plans. As agent provocateur and skeptic within the ranks, I figured I’d toss out some incendiary questions about the perils of collaboration and the current DEFCON state of the arts and voilà, table-banging would commence.

The group assembled includes two-thirds of the artists taking part in the showcase. They’re much more sober and clean-shaven than I expected, but I know enough to watch out for the quiet ones. As the conversation progresses and the beer flows, I think I might be getting pulled deeper into one of those conversations I’ll regret the next day.

But then Finneyfrock says, “I think it’s time for me to challenge myself like this,” while decidedly not banging a table.

“At one point during a brainstorming meeting, we leveled with each other,” she continues, motioning toward Lepore, her Genre-Bender cohort. “I said our collaboration could not include poetry about sweetness. She refused to be a part of performance art about chocolate-smeared body exploration. So that’s something we took off the table right away.”

Ace choreographer and dance ninja O’Neal arrives late, looking pissed, her dolomite countenance inviting anyone who takes her lightly to go fuck themselves. She drops into her seat holding an over-poured glass of red wine, which she all but slams onto the table, takes a deep breath and digs into the conversation mid-stream: “Sorry. What are you guys talking about?”

Her knitted brow melts into a grin as she opens a spigot of sunshine on her partner, filmmaker Wes Hurley. “I’m really excited to work with Wes on this. I can’t wait to see what we come up with!” I can’t tell if Hurley’s grin is reciprocal enthusiasm or if he’s crafting an exit strategy. He’s a quiet one.

I ask the genre-benders if they think this region’s interest in mixing disciplines is unique. Curran shakes his head. “It’s everywhere,” he says. Flory-Barnes disagrees, describing a recent session at a local jazz club.

“We were playing like crazy, moving across styles and genres whenever we felt like it,” he says. “Soul to blues to so-called jazz, different players coming in and out, usually all within the same number. There were these musician cats from New York watching that night and afterwards they came up to us shaking their heads. ‘Y’all here in Seattle… y’all just don’t give a fuck, do you?’” Flory-Barnes leans back and chuckles. Seattle’s geographical isolation, he says, allows for a feeling of unsupervised play. General consensus follows.

For a moment, I balk. Nothing’s changed, I think. We’re all going to agree ourselves to death. My cynical brain screams for a bloody battle against mediocrity that leaves only the greatest ideas standing. Right here, right now, tonight—let’s tear everything down and start over. But my rational brain whispers something about cultural evolution in the postmodern era. These artists aren’t just talking about their work, they’re talking about their world: bound- less, confounding, dangerous, playful and conscientious, filled with potential. The yin and yang of risk and safety in constant flux. This is what used to make my heart race about art.