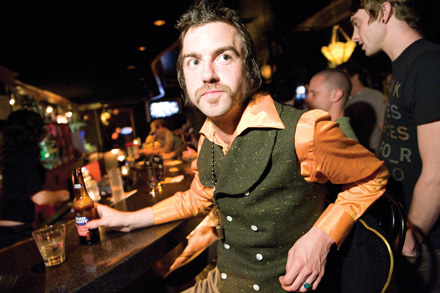 If you spot a guy in Seattle wearing a very polished retro suit, odds are good it was designed by Chris Jones, a local entrepreneur and fashionista with a serious penchant for the styles of ’60s and ’70s rock stars.

Jones himself has been wearing a suit every day for years, an obsession that started while he was living in Los Angeles in his early 20s. “I used to spend so much time in vintage stores and on eBay,” he says. “And then I’d pay a fortune to have everything altered.”

When that became unsustainable in terms of both time and money, Jones went searching for a tailor who could help him make suits from scratch. He knew the styles as well as anyone, except the original designers, he says. Knowing nothing about the fashion industry, Jones e-mailed experts from Italy to Thailand to find labor and materials.

That was the beginning of Like a Rock Star, Jones’ online store for custom suits and their component jackets, trousers, shirts and vests. Five years later, the shop offers a handful of basic designs—“Grievous Angel” (a matte-tan tux with red satin lapels) and “Peach Memoir” (an eight-button, double-breasted pinstripe number)—and will customize everything from the stitch to the lapel. The store makes hundreds of suits every year, lots of which are for grooms and groomsmen.

Today Jones has a partner overseas, an American tailor who does all the sewing. Over time, they have built a communication shorthand; now when Jones says he wants a suit to look “more 1972 Mick Jagger than 1976 Brian Jones”—a request of challenging subtlety—that’s what he gets.

In a city where Crocs are more common than couture, Jones offers some encouragement. “You’re never going to get criticized for looking good,” he says. • 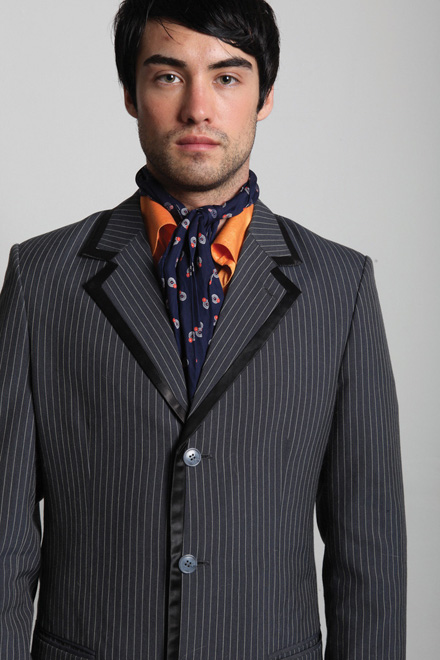