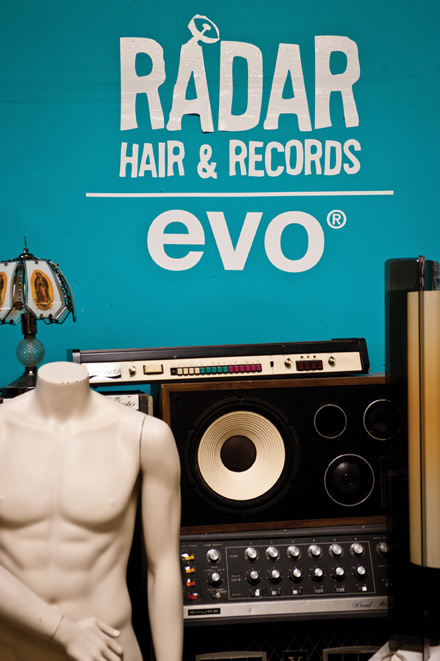 Deep in SoDo, surrounded by countertop wholesalers and wine retailers, a small sandwich board on the sidewalk announces the unlikely presence of Radar Hair and Records.

Inside the metal accordion gate lies a big blue room with warehouse ceilings and a punk-rock attitude. Its reception area doubles as an offbeat boutique, selling crates of 45s, a smattering of record players and a round rack of carefully selected vintage clothes. Weathered magazines from the ’80s sit on a coffee table along with an enormous bowl of bubble gum. Little Richard, an effusive miniature dachshund, greets the customers. 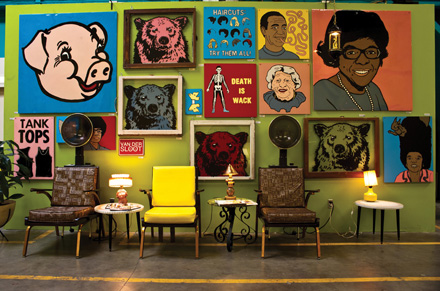 Betsy Hansen, the woman behind this multipurpose space, is a veteran hair stylist and bassist of longstanding Seattle rock band the Blank Its. She and her husband, musician Johnny Samra, opened the 4,400-square-foot space last July. When she found it, she knew it was exactly what she’d been imagining for years: a warehouse that could function as a salon, shop, gallery and venue all at the same time. 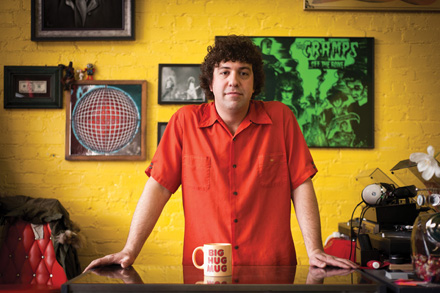 By day, 10 resident stylists cut and color in front of ornate oversized mirrors, their blow dryers drowned out by an eclectic mix of music. By night, Radar hosts occasional live shows, mostly punk, garage and metal, inviting bands to give unconventional performances. One recent group went so far as to tow in an ice-cream truck and run its sound through it. 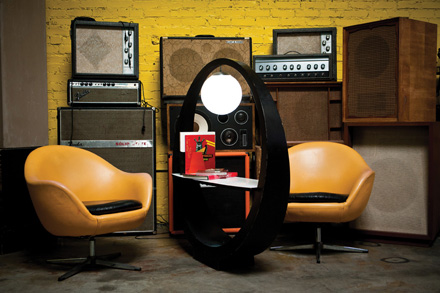 Hansen and Samra also support the visual-art community, hanging a new show every month or two. Work by artist Derek Erdman fills an entire wall with his signature paintings and portraits. 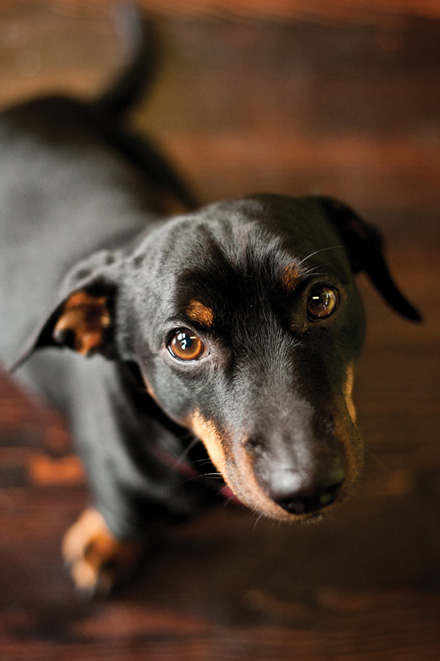 Nearly a year since Radar opened, Hansen and Samra say they are successfully paying their rent and luring people to the up-and-coming neighborhood. “We’re tired for all the right reasons,” Hansen says. •