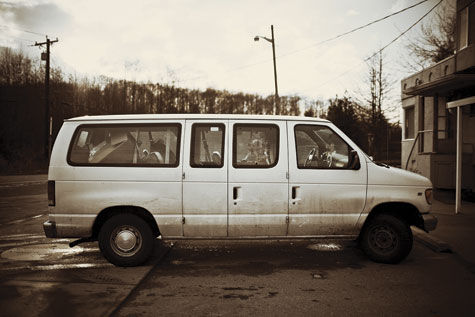 Seattle’s best new band gears up for the road ahead.

As you read this, the Head and the Heart is somewhere on the other side of the country, either sweating onstage or squished into a smelly van, one month into the ten they will spend on the road this year. Such is the life of Seattle’s freshest, most visible musical emissaries to the outside world.

Theirs is the quintessential origin story: the rich musical legacy that lured four of six band members from faraway states to Seattle; the epiphany of like minds coming together for the first time last year at an open-mic night; the nine thousand self-produced debut CDs sold in person to newly made fans at concerts; the signing to Sub Pop last November; the launch into the stratosphere. By accident or intent, their music – polished, joyful folk-pop driven by piano and laden with harmony – exemplifies the Northwest’s current musical zeitgeist.

In early February, when we caught up with them by cell phone, the Head and the Heart was rolling through Alabama.

Tyler Williams, drummer, is pissing off everybody in the van by playing the new Ariel Pink record too much.
When I moved to Seattle, I was searching for the music community and the artists I wanted to hear. All of a sudden everyone popped out of the woodwork. It’s really amazing to see it all come together so quickly. It feels like a reflection of the times, with so many outlets for people to discuss the scene.

Things coalesce a lot more quickly than they used to, which can be a bad thing because it means things can come apart more quickly. There isn’t as much time to embed yourself into your own scene. But I don’t think this scene is like that.

Charity Thielen, violinist and singer, is looking forward to tonight’s pre-show ritual: shooting tequila while dancing to “Come On Eileen.”
The momentum and buzz has fueled a great, serious approach to what we’re doing. We’re excited, but we’re not overexcited, like, “We made it! We can throw in the towel!” No, the momentum is inspiring us to work even more. It’s such an exciting time. It’s given us faith. We’re realizing we can do this. It’s worth all the sacrifice. 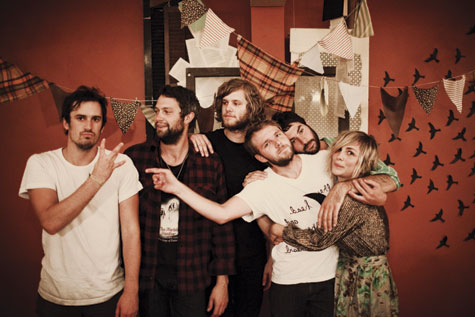 Josiah Johnson, singer and guitarist, is drinking a lot of tea and blowing a lot of snot.
I know why Seattle has produced so much great music. It’s an extension of how much attention Seattle pays to music. It’s embraced by the entire city. It feels like we’re all in this together.

I didn’t realize this till the Doe Bay Music Festival, but it’s not just the musicians who make a difference. It’s journalists, photographers, videographers, [music blog] Sound on the Sound, house shows, the video and recording element. There’s a community surrounding it, and by no means are we all of it. All the people surrounding music are happy when the musicians do well, but we’re not the only ones working hard. All those people excited for bands to do well – they deserve a lot of credit, too.

Chris Zasche, bassist, has no idea what state he’s in.
We were in a marketing meeting at Sub Pop and they were, like, “We don’t have to hassle you to do a video? We don’t have to hassle you to do an interview?” Making a video is part of making music. It’s a fun, creative way to put images to songs. It feels really easy. Like, we made this song, I know a buddy that makes videos, let’s do something! Regardless of whether we were on Sub Pop or not, we’d have made that video. Because it’s fun.

The music doesn’t come from being content. It comes from being open, from those transitional periods when you’re most creative, more willing to meet people and find something. These songs were written in transitional times. So it’s cool getting to travel around and plays songs about that, about not being in your comfort zone. It’s kinda perfect.

Jon Russell, singer/guitarist, is enjoying audio books about the old West.
Every time we have a show, whether it’s at noon and there are fifty people there or it’s a sold-out show at the Tractor, I want people who pay to see us to know we’re not taking them for granted and we’re gonna fucking make them feel awesome for coming to see us. When I know I have this kind of support system out in front of me and these people want to see a great show because they genuinely like us, it pushes me to do some shit I wouldn’t do if I weren’t that comfortable. We just put on a much better show, and it’s a full circle. Like, they’re getting a better show because we’re giving a better show, but we’re giving a better show because they’re giving us the energy and the support we need to feel like we’re worth a shit. •

The Head and the Heart play the Showbox at the Market on April 29. Photography by Dylan Priest.