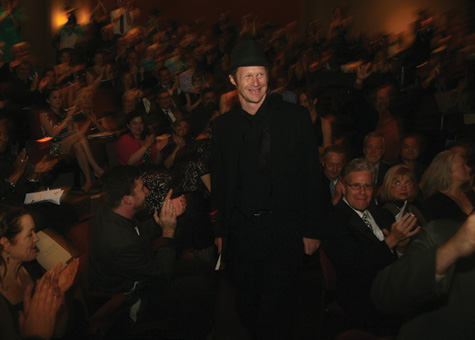 Local thespians, directors and patrons overran the Allen Theatre at ACT on Monday, October 25, to celebrate western Washington’s greatest performances at the second annual Gregory Awards, hosted by Theatre Puget Sound. The awards ceremony, named after the late founder of ACT and champion of Seattle’s vibrant theatre community, Gregory Falls, rolled out the red carpet to acknowledge the diversity of Washington’s theatre scene – from the 5th Avenue Theatre to the nonprofits Book-It and Seattle Rep, to a one-woman show at the sixty-three-seat Stone Soup Theatre. “What’s amazing about this community is that there is no competition, just so much love,” noted Outstanding Lighting Design award recipient Andrew D. Smith. • 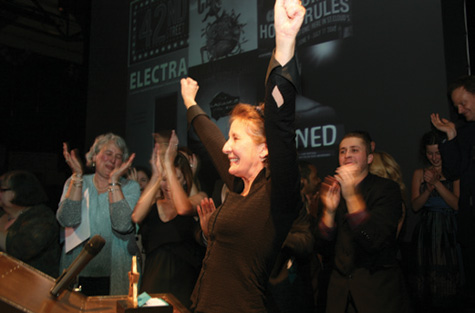 Outstanding Director nominee Jane Jones raises her arms in elation as Book-It is awarded the 2010 Gregory for Outstanding Production for its autumn run of The Cider House Rules, Part I. 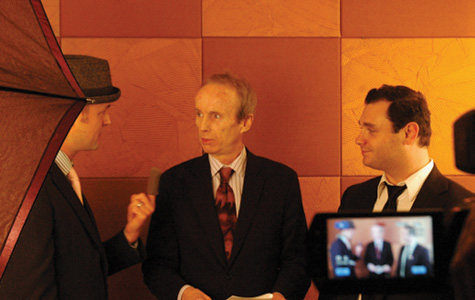 Jerry Manning, artistic director of Seattle Repertory Theatre, a Theatre of the Year nominee, is interviewed on the red carpet by Troy Fischnaller and Outstanding Actor nominee MJ Sieber. 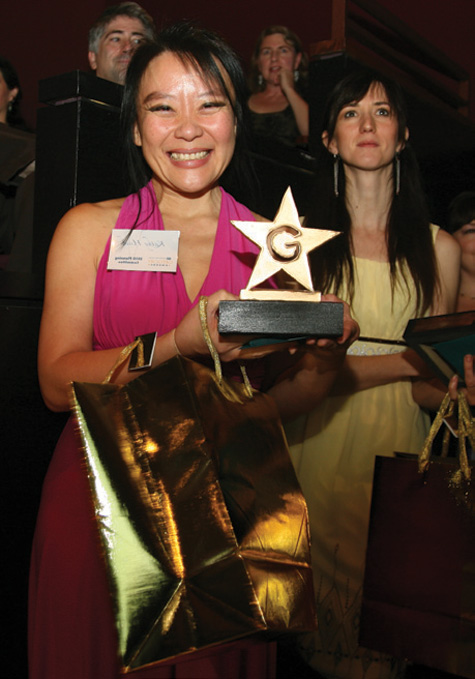 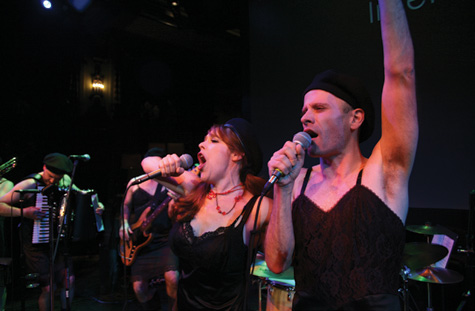 In between playing music from the Weimar era with their band the Love Markets, Angie Louise and Nick Garrison emcee the evening with energy, style and dresses.