In the past couple of years Cyra Hobson’s work has gained dimension…and attention, as her focus began shifting from highly textural paintings to sculpture.

Anew, described by the artist as, “a meditation on existential awakening,” was originally designed and built for Critical Massive, the arts festival held by Ignition Northwest in Mount Vernon, Washington each year. The entire piece was constructed by the artist during a month of flurried creativity. Constructed over wood and chicken wire frames, five stylized figures were clothed in paper mache skins while the remaining, slightly more realistic four were constructed using plaster bandages, a somewhat grueling process involving a couple of very patient human models.

After they dried, the pieces were painted with spray paint and acrylics and then finished with an application of clear protective coating. The pieces were not originally designed to have life beyond the week-long outdoor festival. 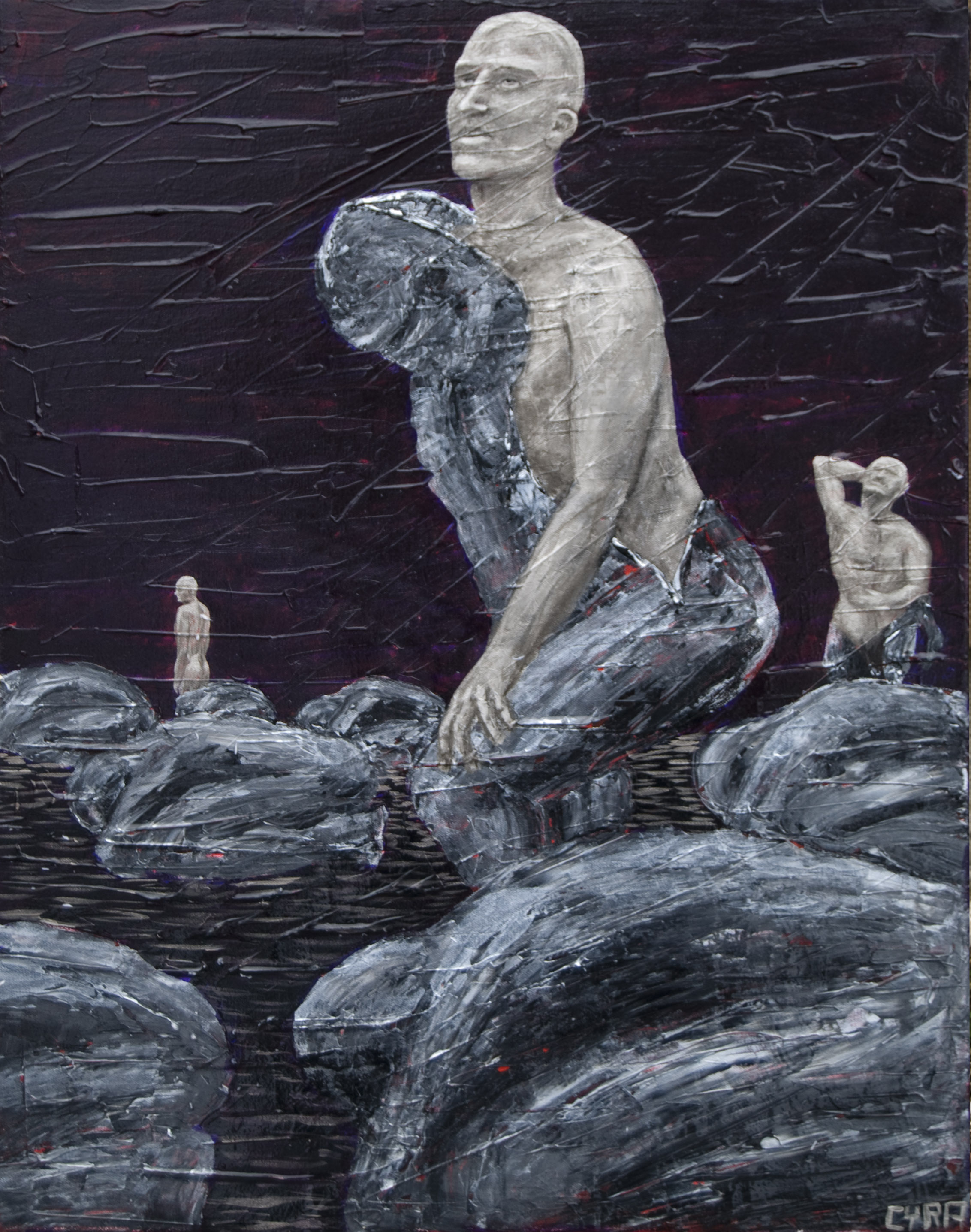 The painting sketch which led ultimately to the design and creation of the Anew sculpture installation. May 2009. 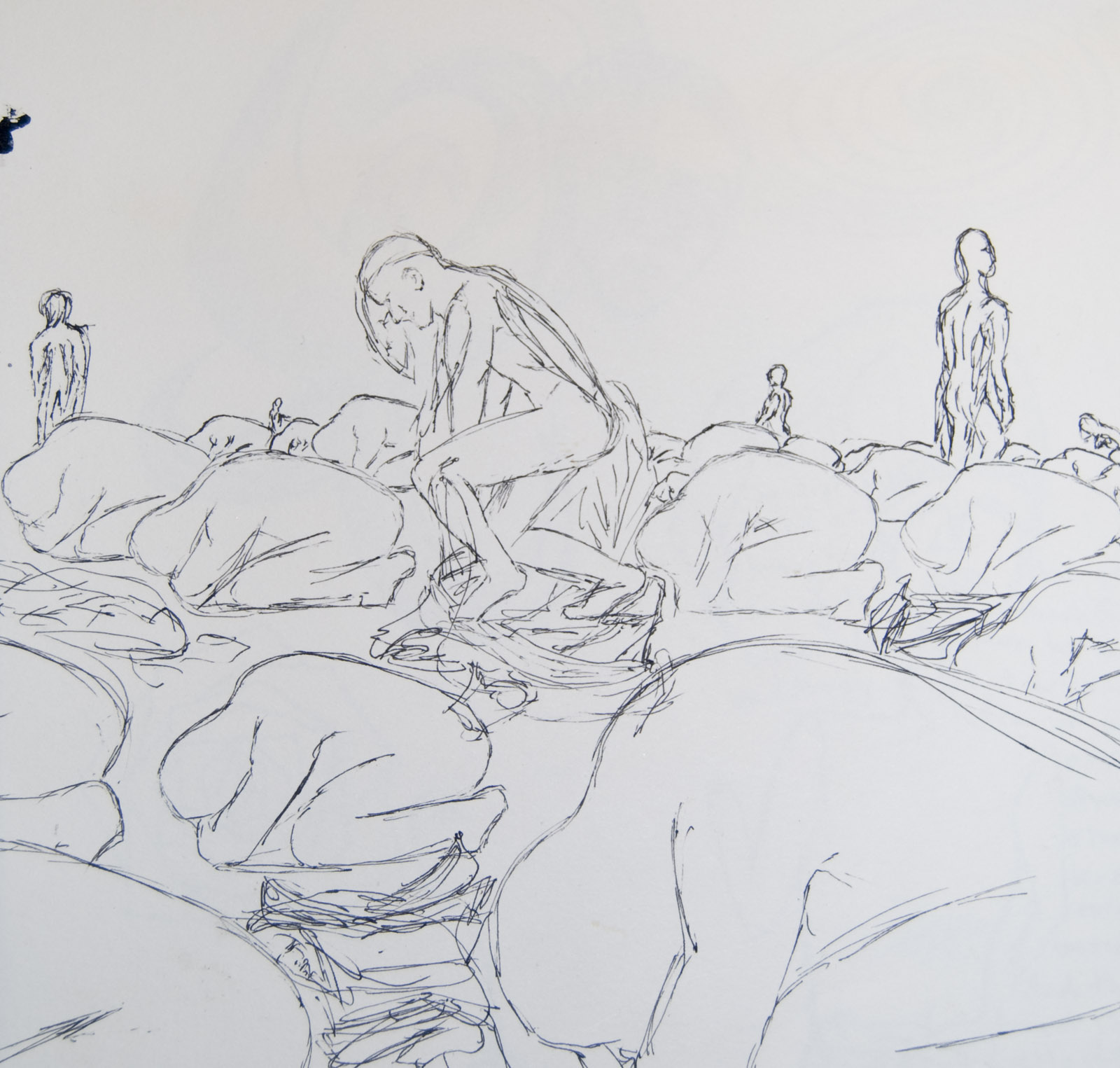 The original sketch done during the planning stage of the installation. February 2009. 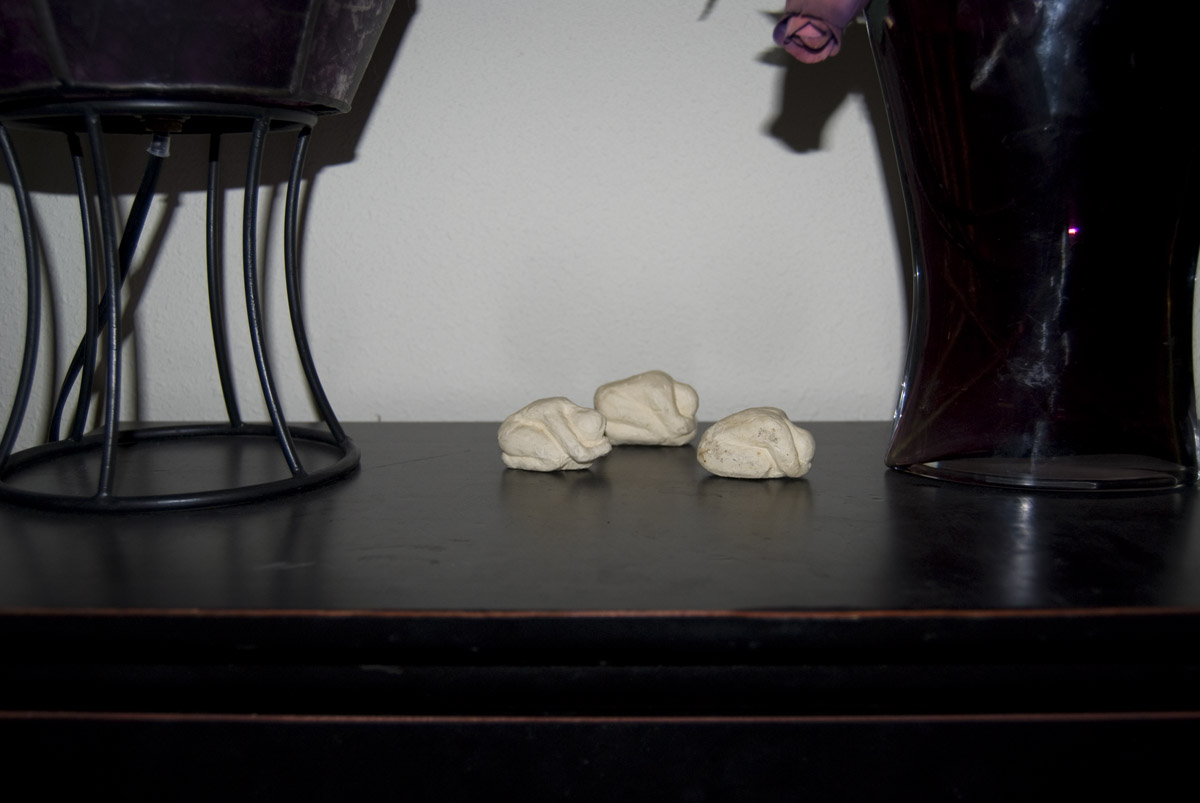 Clay models, made in February 2009, in preparation for making the actual sculptures. 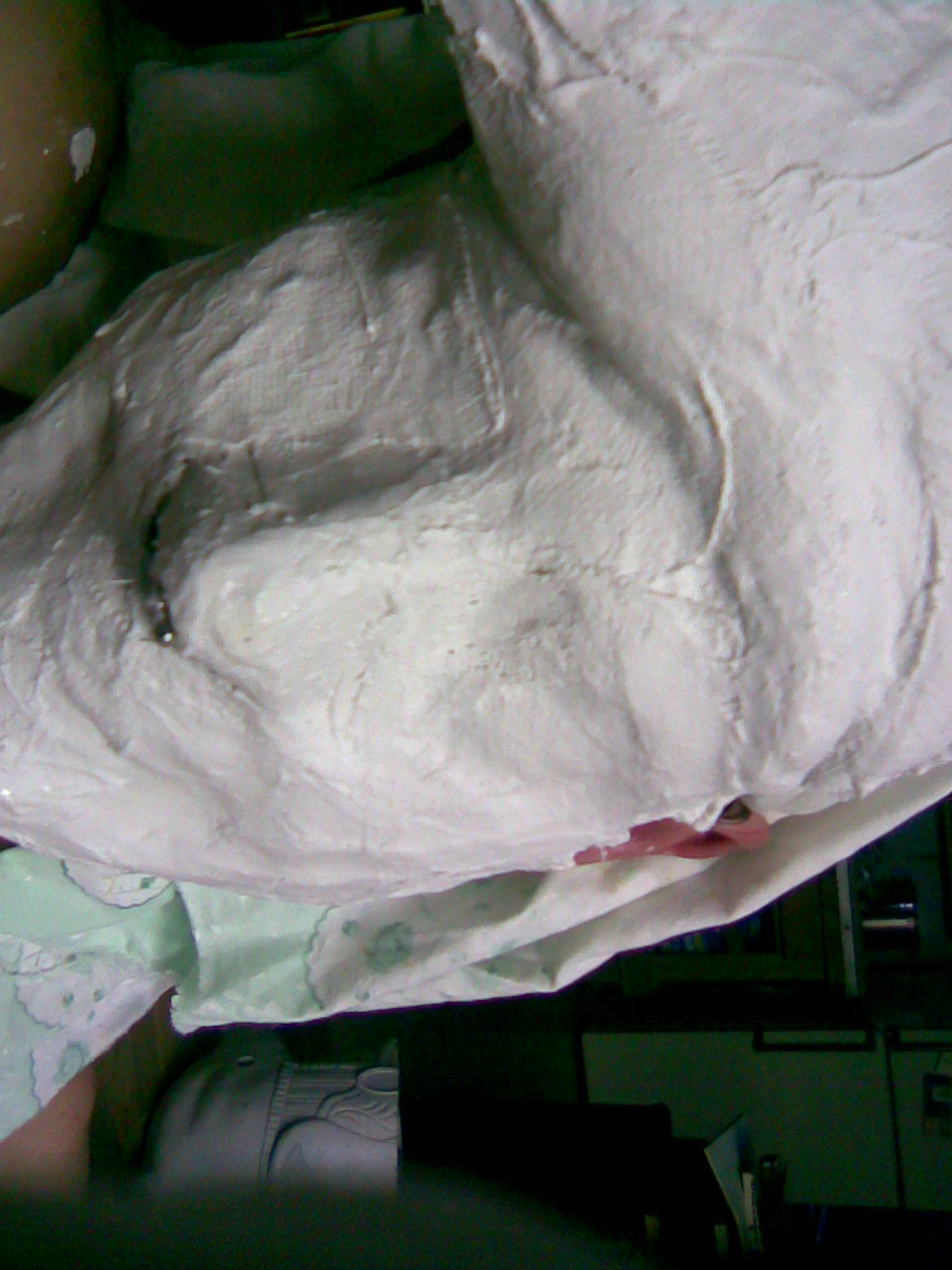 One of the human models encased in the plaster bandages, which were hardened and then removed to form of some of the figures.

Anew stands as a significant part of Cyra Hobson’s resume and body of work, in spite of its ephemeral nature. The piece led Hobson into an internship with a local steel and glass sculptor, and she has also been working with Iron Monkeys, a group of local sculptors working primarily on large scale metal, site-specific, but often transient projects, such as their pieces for Burning Man.

In addition, Hobson even bigger ideas and plans. Anew was envisioned in response to a poem written by the artist, and the concept is not one she feels she has exhausted yet. She has pictured a set of fifty similarly luminous figures stationed in a field, or a smaller number emerging out of stones and boulders in a river.

And perhaps most compelling, she has considered casting similar figures in bronze as a permanent installation. 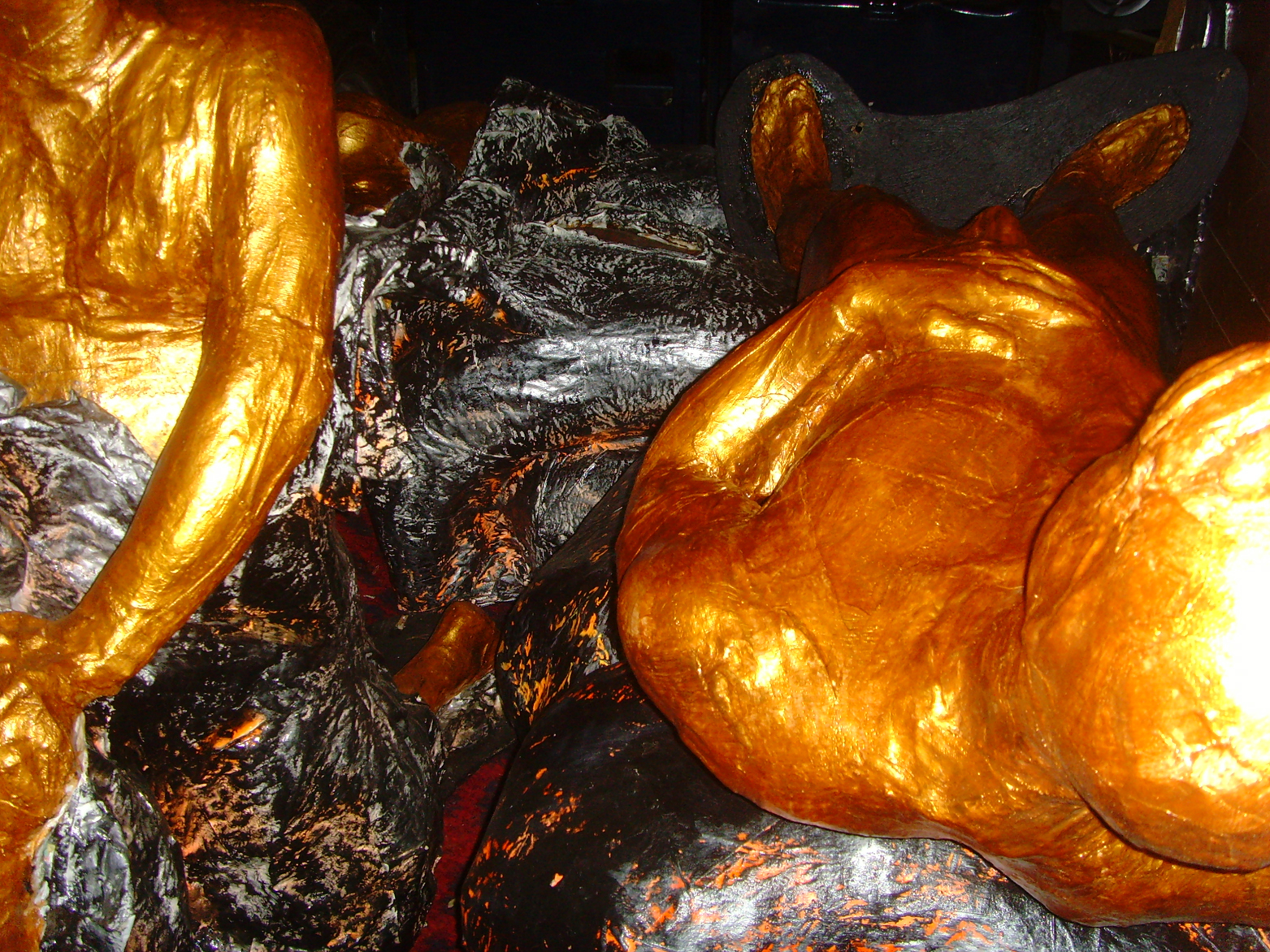 The figures in the back of the van on the way to their covert installation at Gasworks Park, August 2009.