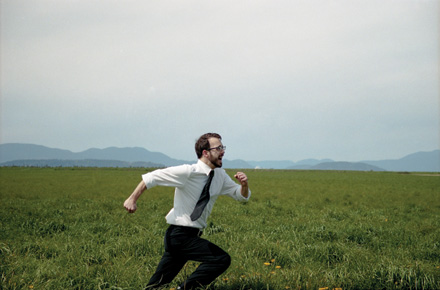 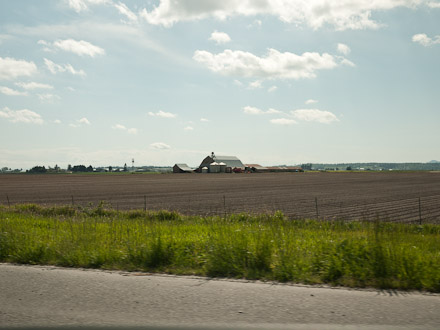 For our cover story this month I made a day trip to Edison from Seattle, following a path that Mark Baumgarten took for his cover story.

In all honesty, I wasn’t exactly sure what I was trying to find for our cover. To me, Mark’s story isn’t a typical destination story, it’s more about the character of Washington that can be discovered — and that should be discovered in your own personal way.

As I drove North with photographer Andrew Waits, we diverted from major roads when we could. The clouds parted mid-morning and blue skies shone above the farm land and hills as we neared the Sound.

Weary of typical imagery depicting the open road and scenic landscapes, as well as hesitant to overemphasize any particular town or person, Waits and I kept our cameras ready and eyes peeled.

When we arrived in Edison, it felt as if an apocalyptic event had stricken the Northwest. It was Monday at 10am and everything was still and quiet. It’s a small town, sure, but it seemed like a place abandoned quickly, or a place where any moment a hundred people would emerge and surround us.

Turns out, Monday is basically a day off in Edison — a break from the weekend visitors — and soon, some friendly faces started passing us on the street. Our first stop was the Smith and Vallee gallery, to meet with co-owner Andrew Vallee.

After a tour of his beautiful gallery and home, I noticed a large image — Michelle Newman’s Scream #13 — hanging at the current exhibition. A man is running through the very fields we passed during our drive. He has a melodramatic look of terror — something monstrous is at his back and he’s fleeing. Because of his dress clothes and tie, I like to think that the city is his monster and he’s prepared to run as fast and for as long as he has to until he finds something brand new.

Up until June, I’ve designed 15 covers (3 per month) and all of them have used original photography. Scream #13 felt instantly right for the Seattle cover and I considered the implications of using an existing image. It wasn’t much of a debate. It was the perfect time for a detour; even though I didn’t know what I was looking for, I knew when I found it.

I hope Mr. Scream makes a discovery worth stopping for.