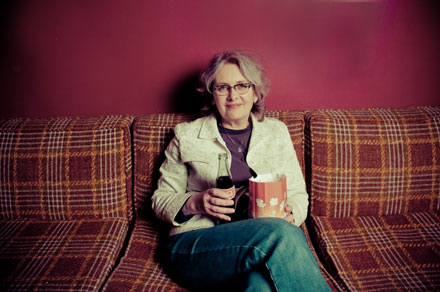 What’s your biggest score this year?
From Germany, The Crocodiles. It’s like the film that won everything this year.

It’s supposed to be the best kids’ flick in the world right now. How did you get the North American premiere?
We collaborate with Roy and Edna Disney/CalArts Theater, sending the festival down there when we’re finished. Everybody wants to have their movies in Seattle and L.A.

Do Children’s Film Fest parents let kids watch anything and everything, like Quentin Tarantino’s mom did?
Oh, no. No, no, no, no, no. We’re talking about kids three to twelve, wonderfully pampered children. Parents are leery of what children might see. Some don’t let them watch TV.

Don’t kids watch enough movies already?
It’s pretty much whatever the studios put out. Junk food. Our children are on a non-nutritious diet of film. They could be learning about the world. Most kids have never seen a documentary. Film is not considered an art form. There’s no movement to make children literate about film.

What’s the opening-night world premiere?
It’s so awesome! Lelavision Physical Music. They took a paper on the origin of life by the head of biochemistry at Emory University and turned it into performance art. Music, video, choreography, audience participation. The performers actually climb on this very da Vinci-esque stringed instrument and propel it with their bodies. The scientist will be there.

A kid can understand a show based on a science paper?
A four-year-old could totally get it, and really enjoy it.

Besides Seattle, L.A. and Chicago, where have you juried film fests?
China, Korea … Moscow was my biggest adventure. They’d round up everybody on the jury late at night, and I really couldn’t say no.

It was Russia!
They’d take us out to nightclubs till three am and make you drink vodka, then get up and watch movies. I was glad to come home.

Stalin used to make his cronies watch movies and swill vodka all night. He sent an assassin to kill John Wayne, but the assassin disappeared in Hollywood. The hit was in effect until Khrushchev cancelled it.
Stalin would’ve killed me.

Is there violence in any of the festival films?
Violence is never celebrated as a solution, or the punch line to humor. But we’ve got spooky stories for older kids, Chills and Thrills, and The Knight, about little boys and girls who love sword fighting. All kinds of horrible things almost happen in Be Careful with That Power Tool, about a boy who goes into his dad’s workshop. Nothing horrifyingly frightening.

Are there any famous names in the festival?
We’re showing a new print of Truffaut’s Small Change.

Did you ever see Satyajit Ray’s children’s film The Golden Fortress?
No, but I was on a jury with his son in India.

How do you get kids to sit still for Latvian puppet animation?
You don’t have to speak Latvian to enjoy it.

And subtitles?
They’re gonna watch subtitled films their whole lives; they might as well start now. They’re excited to watch films in a way grownups have forgotten.

What’s your festival motto this year?
“See the world. Feed your mind.” •

The Children’s Film Festival takes place at Northwest Film Forum, January 22–23. Watch trailers for the films on the CAB, here.