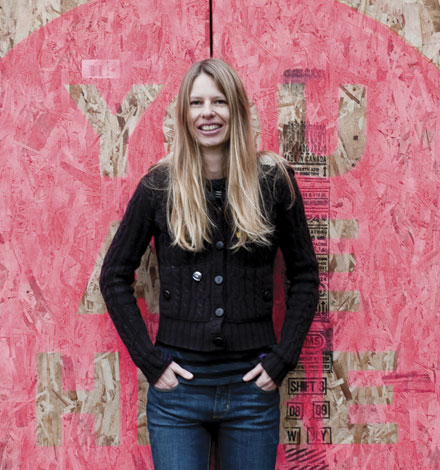 With the home_page.project, Klara Glosova has turned her house into a gallery and a homage to revolutions, both public and private.

There are 335 feet of chaos on the floor of Klara Glosova’s home. It’s not a jumble of toys and shoes like in most houses. The hardwood floor of her foyer is half covered in a quilt of neon-colored extension cords, woven together as part of a new multimedia installation she calls Entropy. There is a video component too, which is supposed to play on the television next to the installation. Glosova has to untangle her kids’ GameCube before she can switch it on. They’ve been using the installation as a rug. 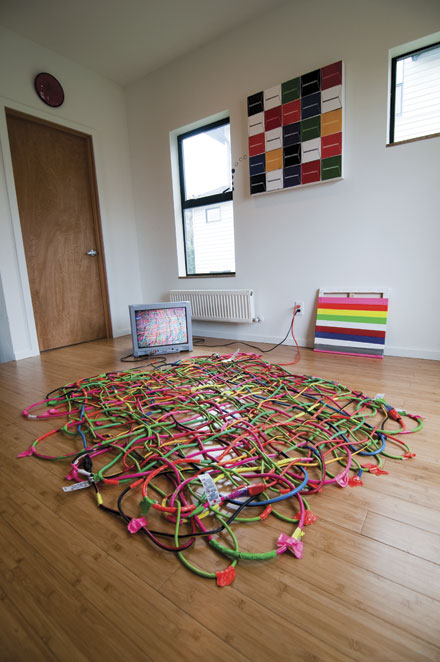 Glosova’s Entropy installation on the floor of her foyer.

That doesn’t bother Glosova. She started the project in order to invite a little bit of chaos, or energy, into a system that would otherwise be controlled by routine or her own proclivity to organize. She does this with a lot of her work: slightly revising an existing work or pulling back the curtain on her own process of making art. She has a bit of an obsession with seeing what an infusion of new energy will do. Sometimes she accomplishes this by adding a frame of pink duct tape to a photograph. Or by painting a Goyaesque figure on the wall of her stairwell. 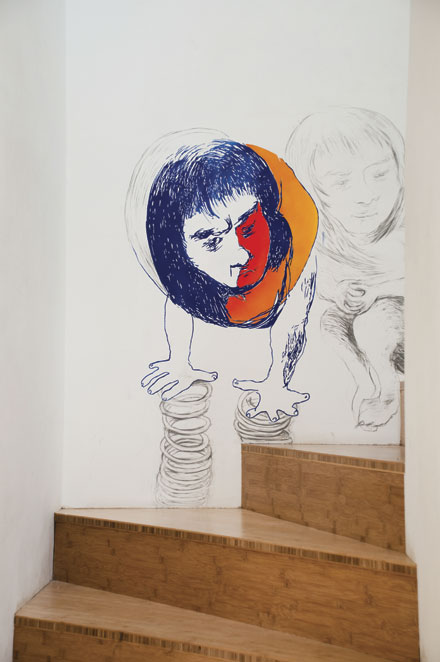 This fall, she did it by opening the doors to her Beacon Hill home, a striking, three-story modern affair with lots of slick windows and clean white walls inside, and offering it up to a community of artist friends as an experimental gallery space, which she calls home_page.project. She sent a “call to artists” in the form of a colorful email, asking  friends not to think too hard, but to just grab their “fast-acting formulas” and come over to hang them in her living room, kitchen and other crannies of her house.

On November 28, the first installment began as Glosova’s husband, Scott Hotchkiss, threw two waffles in the oven to purposely burn them, playfully alluding to an incident with a toaster that had occurred in their home years earlier. He was going to mount the crispy waffles on the wall as a sculpture.

Then at five pm, a few hours before the guests were to arrive, the house filled with smoke; Hotchkiss had accidentally carbonized his waffles. He hung them anyway, connecting the two circles with a fine cutting of red yarn. Then the other artists came and covered most of the free wall space with their paintings, sculpture and found art. Erin Shafkind showed up with a scan of a stamp-sized photograph from her grandmother’s collection, depicting a man sitting at a piano. On the back, written in blue cursive, was the phrase “The Captain did not want to pose.” Glenn Herlihy brought a sculpture made out of driftwood, with a large glass eye fastened into a knothole, making it look like a menacing animal’s head. Its title: Chuck. Kim Haworth donated a little green ceramic egg shaker. After the art was in place, a party, complete with an impromptu live music jam, unfolded. 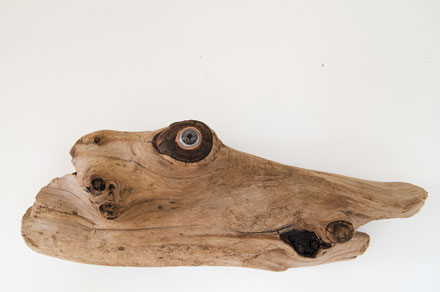 “Some people ask why it is in my house,” Glosova acknowledges. “I’ve been interested over the years in the intersection between private and public realms.”

The first episode of home_page.project was a success. Not only had Glosova broken out of her hermitage, but she had ignited an evening all about people gathering to celebrate art, much of it still in progress. Some of it had little purpose except to say, “Here we are, as we are now,” rather like the large sign Glosova painted on the plywood board that hangs in place of a door on her garage, an orange dot labeled “You are here.”

While the project was designed to spur connection, to help Glosova feel a little less isolated from the world, as many working artists do, it was also designed to stir up the confidence that is required for experimentation. Treading into the unknown is easier if a comrade, headed in the same direction, stays in your peripheral vision. Glosova’s personal history shows that good things come from breaking down boundaries.

Original from Brno, the second-largest city in the Czech Republic, Glasova was originally destined, through family legacy, to be an architect. Then, while at university, she witnessed the Velvet Revolution, the chain of nonviolent protests that ultimately overthrew Communism in Czechoslovakia shortly after the fall of the Berlin Wall. Glosova and her classmates camped out on campus and printed newspapers, stealthily delivering them at night in order to keep the public, who were deprived of any media at the time, informed of what was going on in and around Prague, where the bulk of the demonstrations took place. “For three months, we couldn’t leave the university grounds. It was a pretty intense period of time,” she says.

Fittingly, the first installment of the home_page.project took place around the same time as the twentieth anniversary of the events of the revolution, symbolizing the individual’s – and the collective’s – power to make significant and lasting change in the community. It was also on Glosova’s fortieth birthday (Claire Cowie slipped a beautiful handmade card through the mailbox on her way to another engagement).

Glosova has had a few more “meetings” since the first home_page event. And she says they will likely become slightly more pre-mediated, organized around themes. But Glosova’s assemblage of artists in a noncompetitive and noncommercial setting will keep the sense of community that propelled her to open her doors in the first place.

“It’s one thing to be here by myself, to explore my own inner being,” she says. “It definitely feels different to venture outside. And to open things up.”

For information on the next home_page event, visit pictureband.com/home_page.project.html.You can also listen to Glosova expound on her work in this audio/visual interview created by Bond Huberman.