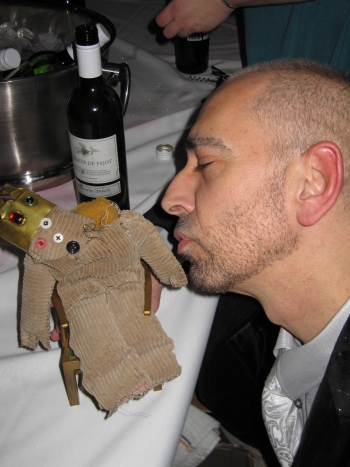 Could this corduroy doll be the true king of the Seattle arts scene?

The first time I meet Little Roy (a corduroy doll that has more friends in Seattle than Tim Appelo has on Facebook), I’m interviewing his creator, experimental photographer Erin Shafkind.  But the doll’s face is so strangely receptive, I have trouble not directing questions to him.

“He won’t talk, by the way,” Erin interrupts, as if she has had to correct this assumption before. I suppose people might think, because she carries a doll, that she is a ventriloquist. But she’s not. Erin just introduces him, literally, to strangers, like so:

Erin: “Hi, my name is Erin and this is Little Roy.” Random Stranger: “Hi, Little Roy.” (Aside from Erin: “That’s what it means to create an icon. They don’t remember my name.”) Erin: “Little Roy is the quintessential friend. He’s patient, a good listener and trustworthy. I take pictures of him with new friends and post them online. Would you like to participate?”

For the most part, people say yes, and Little Roy seems to fit in. Erin has taken him to art galleries, to Bumbershoot, to New York City; she’s even made friends with TSA officers at Chicago O’Hare airport. Once a stranger wrote a song for Little Roy and performed it for him in a restroom on her portable keyboard. 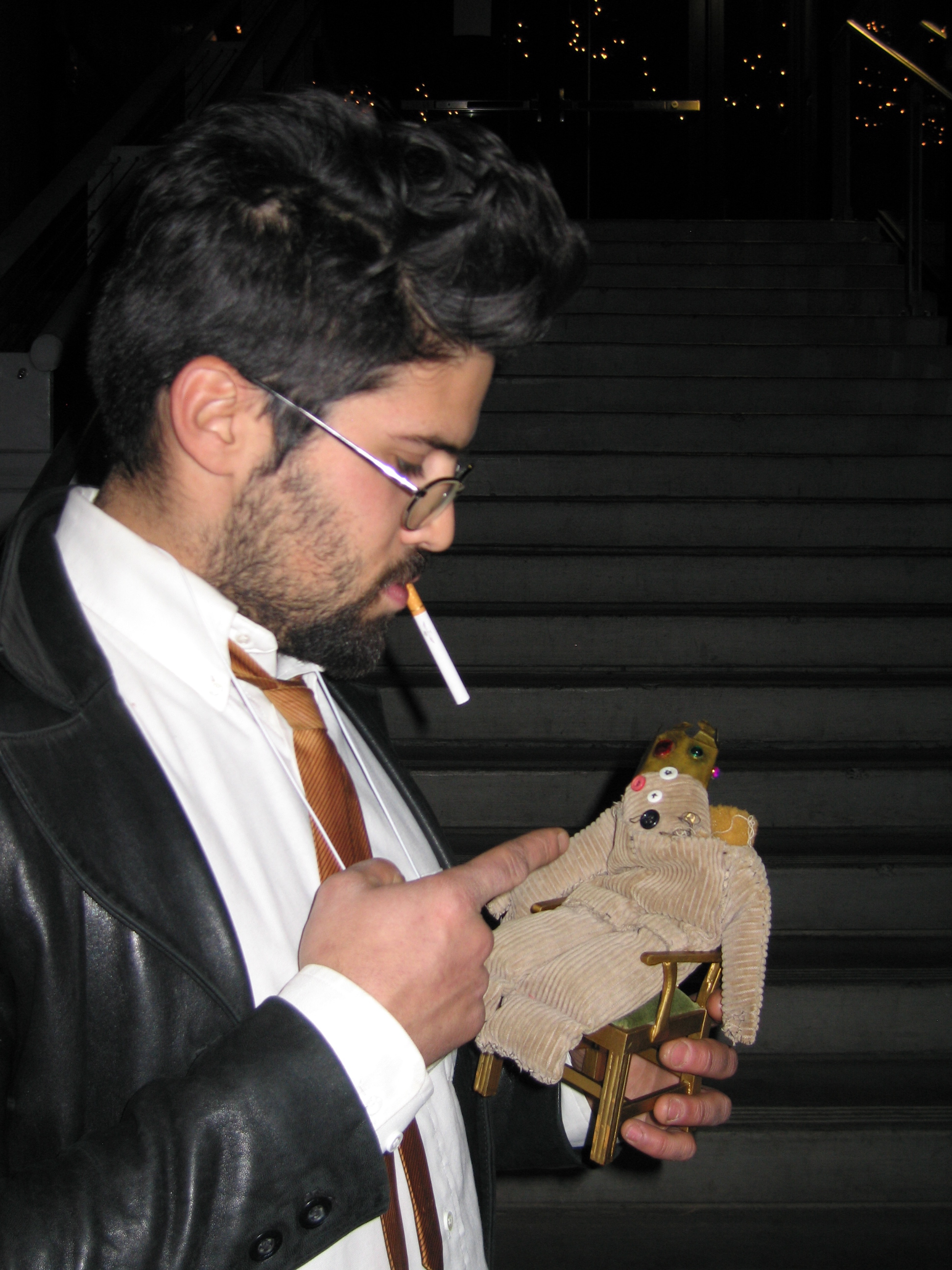 Erin made Little Roy twelve years ago on a whim (she didn’t even finish sewing his head on). Not until she decided to go to the Smoke Farm arts festival for the first time did his purpose become clear. “I didn’t just want to go and watch; I wanted to do something.”

So Erin took Little Roy, and she took pictures of people posing with him: “Some wanted to touch him; some wanted to talk to him. It fascinated me . . . like an anthropological study.” Now the whim is a “lifelong pursuit.” “I go through periods where I don’t feel a part of something.  So part of my work is to pursue what it means to have community.”

If that sounds silly, you haven’t seen Little Roy’s face up close. There’s something to that cocked expression — the eyes, nose and mouth aren’t entirely distinguishable. I let myself believe that the little, hunched fellow is patiently listening to me, allowing my thoughts to spill out around his funny wrinkled feet. Not judging. Not saying anything. Letting everything in.

No wonder he has so many friends. • 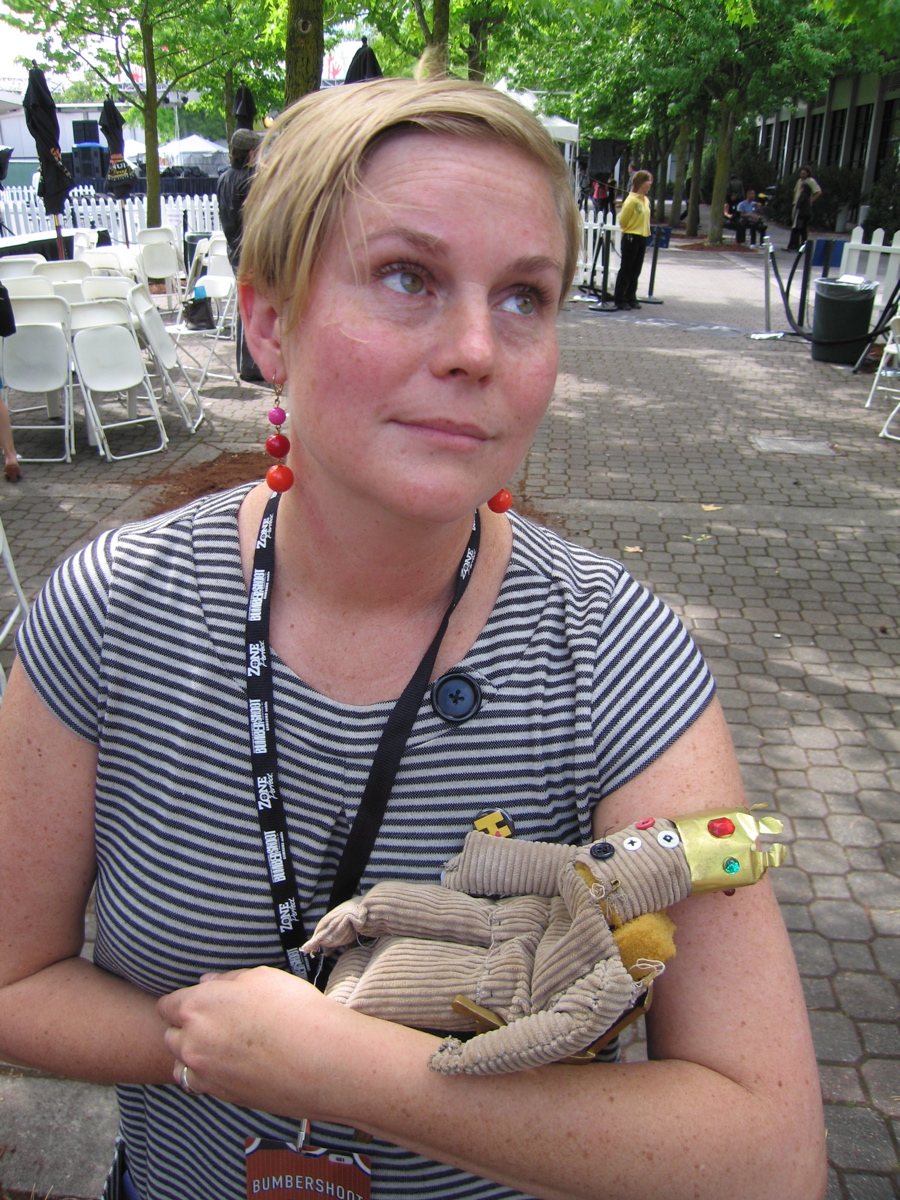 Erin Shafkind is an artist who teaches and lives in Seattle. Follow more of her work on her personal blog, Poor Worm.