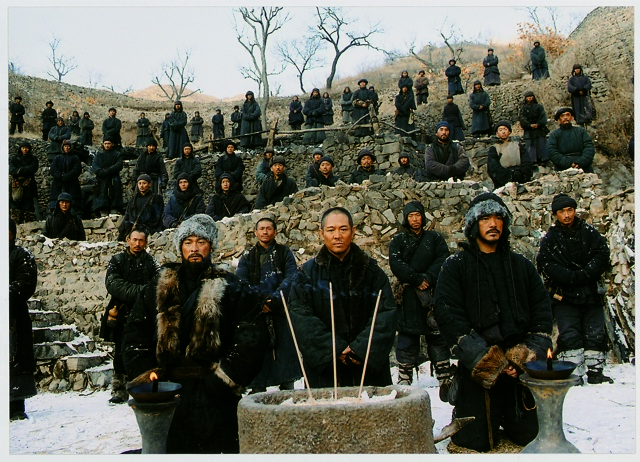 Reflections on the cultural significance of our massive local film fest.

With the thirty-fifth Seattle International Film Festival winding down to its closing-night gala (June 14), we asked a few film insiders to tell us what SIFF means to them: Bill White, arts critic for the Seattle Post-Intelligencer and other publications, Sean Axmaker, DVD columnist for MSN Entertainment and longtime P-I film reviewer, and  Anne Thompson, Variety film blogger, festival expert and SIFF juror. What follows are some of their thoughts on this annual event, which is both a massive undertaking and a cinephile’s dream.

City Arts: When SIFF began, there were about six U.S. film festivals, and movies like Trainspotting, Braveheart, Poltergeist, Donnie Darko and the second two Star Wars movies had their world or U.S. premiere right here at SIFF. Now that there are hundreds of festivals, premieres are less high profile. So what’s the place of SIFF in the 2009 movie universe?

Bill White: With home entertainment dominating the film market, movies are having less and less of a public life. Many great films get lost in the multiplex shuffle. Gone are the days when hundreds of movie buffs would grab the morning paper to read the review on Friday morning and then rush downtown to catch the first screening.

But something akin to that still happens at SIFF. On June 10, Francis Ford Coppola arrives with Tetro, a kitchen-sink drama about the conflicts between two Italian American brothers when they meet up in Argentina. Shot in black and white, with flashback sequences in color, it’s a stylistic hybrid of the ’50s naturalistic American cinema of On the Waterfront and the fantastic melodrama of Michael Powell’s Tales of Hoffmann.

Shouldn’t it just be called SFF, the Seattle Film Festival? What’s with the “International”? Isn’t that pathetic self-aggrandizement, like the Ladies’ Number One Detective Agency?

Sean Axmaker: With films coming from forty-plus countries in dozens of languages, what else do you call it? Along with the new Australian cinema, SIFF’s claim to international influence goes back to its embrace of Dutch cinema in the seventies and eighties. SIFF also launched the American premieres of Ang Lee’s Wedding Banquet and Eat Drink Man Woman and the early films of Takeshi Kitano (Violent Cop and Boiling Point) and Julio Medem (Vacas and The Red Squirrel).

White: As fewer international films are imported to the U.S., SIFF also provides an annual update on world cinema. Without it, this decade’s resurgence of the Asian film industry might have gone unnoticed. This year, I am looking forward to Peter Chan’s historical epic Warlords, starring Jet Li, and a much-anticipated return to the world of Peking Opera from Chen Kaige (Farewell My Concubine) with Forever Enthralled, a biopic on singer Mei Lanfang.

Gone are the days when hundreds of movie buffs would grab the morning paper to read the review on Friday morning and then rush downtown to catch the first screening. -Bill White

Way back when, SIFF had a huge dollars-and-cents impact on international film. It actually helped launch Australian and Dutch phenomena like Mel Gibson and Paul Verhoeven. How about now?

Axmaker: Sadly, SIFF hasn’t had that kind of influence in years, and, given that it’s so big, so diffuse and so inclusive, it likely won’t again. It’s turned into a festival that serves the local community rather than the international cadre of critics and entertainment journalists. And for all the frustrations that come along with it (SIFF simply doesn’t have access to the kinds of premieres that define Toronto, Sundance, Tribeca, New York, etc.) it’s a legitimate and worthy goal. What other festival of this size gets the same kind of response from the local community?

Where does SIFF fit into the festival circuit?

Anne Thompson: Well, I can speak to that. Call me a “festival squirrel.” For me, fest season begins Labor Day weekend in Telluride, an old gold-mining town in the Colorado Rockies, impeccably programmed with rare classics and brand-new titles. Last year I sat next to Danny Boyle, director of Slumdog Millionaire, at dinner. That movie continued to build at September’s sprawling ten-day Toronto Fest, the launchpad for big fall studio films and Oscar contenders.

In January, hordes of film- and dealmakers overrun Park City’s Sundance. In May, there’s Cannes on the French Riviera, the granddaddy of international fests. European and Hollywood royalty ascend the red steps to the Cannes Palais before a phalanx of snapping photographers. Prince Charles, Princess Caroline, Catherine Deneuve, Bono, Bjork, Madonna, Tarantino.

Thompson: Seattle is not as starry but utterly enriching. It’s unusual in its scope and length, global and local focus and embrace of indies, features, docs and shorts as well as foreign flicks. I’ve served on the dramatic jury; this year I’ll be on documentary duty. I keep coming back, not just for the rich array of movies and panels, but for relaxed socializing in the W hospitality suite — or at the closing awards brunch at the Space Needle — with the Seattle film community (where else would you find the idiosyncratic pleasures of Robinson Devor’s Police Beat?), dot-com execs from IMDb and Amazon and fest regulars like industry insider Bingham Ray and critics David Ansen, John Powers and John Anderson.

Point is, every year I make a discovery. In 2004 I wrote up screenwriter-turned-filmmaker Zak Penn’s hilarious mockumentary The Incident at Loch Ness, starring wily documentarian Werner Herzog, for The New York Times. The next year, my find was Scott Coffey’s Ellie Parker, starring Naomi Watts as herself. In 2006 I was haunted by Andrucha Waddington’s Brazilian mood piece House of Sand. And in 2007 I covered Participant Media’s wrenching AIDS documentary Angels in the Dust for Variety. I was sorry to miss the fest last year. I’m glad to be back.