THIRD PLACE BOOKS
Seattle and Lake Forest Park
Border Songs
Jim Lynch, Knopf
“We are creating a limited-edition broadside to give out during his event here on June 23.”

PARK PLACE BOOKS
Kirkland
The Angel’s Game
Carlos Ruiz Zafon, Weidenfeld & Nicolson
“Set in the winding streets of Barcelona’s old quarter during the 1920s, this is a tale about the magic of books and the darkest corners of the human soul.”

META BOOKS
Tacoma
The Pale King
David Foster Wallace, Little, Brown
“It is, in my humble opinion, the most anticipated novel out there right now.”

OPEN BOOKS
A Poem Emporium, Seattle
Ka-Ching
Denise Duhamel, U. Pittsburgh
“A book of poems all about money. I have glanced at it and found it irresistible.”

UNIVERSITY BOOKSTORE
Seattle
Gourmet Rhapsody
Muriel Barbery, Europa Editions
“In the heart of Paris, in the posh building made famous in The Elegance of the Hedgehog, the greatest food critic in the world is dying.”

Other New Titles on Our Radar 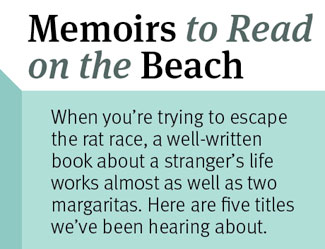 The Sisters Antipodes  by Jane Alison
The story of two families in Australia in the 60s — both fathers are diplomats. The parents decide to swap spouses and families. Alison is the writer daughter who watched it unfold.

Crazy for the Storm  by Norman Ollestad
The author grew up in the shadow of a father who wanted him to be an athletic “Boy Wonder.” The NYC publishing world is nuts about this June title.

The Two Kinds of Decay  by Sarah Manguso
Poet Manguso was diagnosed with a rare blood disorder her freshman year at Harvard. Her memoir of slow recovery and relapse is by turns horrific, funny, bitchy and brilliant.

My Booky-Wook  by Russell Brand
The notorious British comedian’s tale of his life, so far. The title deserves a MacArthur.

Home Game  by Michael Lewis
A writer whose breezy humor often camouflages his rigorous reporting, Lewis turns to the subject of fatherhood.

The first novel we were assigned in my Jesuit high school freshman English class: Ian Fleming’s From Russia with Love. I assume the plan was to hook us with something sexy. And it did hook us. — Robert Polito

The Catcher in the Rye. When I was a smart-ass fifteen-year-old stoner trapped in private school with a bunch of rich kids that I sold bootleg cassette tapes to, Holden was my hero. As an adult, I’d probably think Holden is just another punk kid with a chip on his shoulder. —Brian McGuigan

Saul Bellow’s Mr. Sammler’s Planet. To see whether Mr. Sammler’s encounter with the pickpocket was as emasculating as I remember. — Paul Hoffman

Gulliver’s Travels by Jonathan Swift. In British Survey at Kansas State University we galloped at an admirable pace that didn’t allow for the full readings of novels. As it was an agricultural college, there was general interest in the final chapter, which seems to have something to do with horses. I should go back and find out what. — Ed Skoog

Middlemarch by George Eliot. I speed-read all eight-hundred-plus pages in one weekend for a test in college. I got nothing out of it and have since been told by all sorts of people I respect that it’s one of the all-time great reading experiences. — William Arnold

Don Quixote. It’s a book you read to learn about satire when you are twenty and idealism when you are fifty. — Michael S. Sullivan

Tristram Shandy! I have been reading it for twenty years!! — Susan Orlean

Can’t finish anything by Dickens. Too many words, it seems. Or too many words in each sentence. — Sallie Tisdale

Proust’s Swann’s Way. I keep starting it, but then I fall into the same dreamy state that the narrator seems to find himself in; and then I fall asleep. Someday, though. — Cody Walker

Ulysses by James Joyce . . . I know it’s supposed to be the great novel of the twentieth century. I’ve read a lot of the criticism. I have an uncle-in-law who is one of the nation’s preeminent Joyce scholars. I’ve taken the “Ulysses walk” in Dublin. But I just can’t get more than halfway through the damn thing. — William Arnold

I’m pretty good about finishing the books I start, which makes me hesitate to start big books; Infinite Jest is sitting on my shelf, waiting to consume a chunk of my life. — Andrew Feld

V by Thomas Pynchon. It’s supposed to be funny, right? But I’m not laughing. — Suzanne Beal

This question stumps me . . . if I don’t like a book, I don’t finish, I stop reading. Narrative drive alone doesn’t work for me. — Jayne Anne Phillips

I suppose I would love to have finished Finnegans Wake . . . but really only to say I’ve read it. — Robert Polito

I don’t think I regret finishing any book compared to other wastes of time, such as meetings, airports or family outings. — Robert Polito

Atlas Shrugged. I read every page of the horrible thing, for pretty much the same reasons that people who aren’t Nazis read Mein Kampf (not even skipping over John Galt’s vomit-inducing radio speech), even though the whole book can be boiled down to one short statement: “Rich people are rich because they’re better than poor people.” — Andrew Feld

A Christian book called Silk. It had an unbelievably pretty girl on the cover and I was young and wanted to see her get some serious action. It was such a bummer when all that she found was God. — Jessica Day

The Girl with the Dragon Tattoo because life is too short. — Susan Orlean

I hate finishing an unfinished novel, like Ralph Ellison’s Juneteenth, any of Kafka’s novels, or Roberto Bolano’s 2666. Whether they were abandoned in life or halted by death, these novels are painful to read all the way through, for enormous reasons — the lost potential, doubts about the editors and frustration at the indeterminacy. These are the best novels, then . . . no finished novel could cause the same sterling anguish. — Ed Skoog

The Maytrees, Annie Dillard. Soon after falling in love with the characters and their surroundings, I became aware of a presence behind the scenes, tugging, directing and starving me. At the end I felt this journey would have been more enjoyable without the author. — Petra Mathers

Pullman’s His Dark Materials. (Most people will recall it as The Golden Compass, the first book in the series.) I wish Peter Jackson had done it. — Sallie Tisdale

The dreamier part of me wants to see François Truffaut’s version of Don DeLillo’s White Noise, or the Altman, Antonioni or Satyajit Ray adaptation of Harold Brodkey’s Runaway Soul. I notice that my directorial choices are all dead . . . — Lyall Bush

Gibson’s Neuromancer. Really, it should be great. After all, it is written in lousy prose and filled with brilliant diagnoses, predictions, imaginings, all more or less conceived visually. It’s made to be made into a movie. And Hollywood is bound to fuck it up. I think they cast Ryan Phillippe. — Joshua Clover

Charles Baxter’s Feast of Love. I was enthralled by his ensemble novel and the way he seemed to outline his characters in a kind of sweet authorial love. But I couldn’t bring myself to watch it after seeing just the trailer. I later wrote Baxter myself. “I’m so sorry,” I said. He said, “It’s their money. I am happy with what I wrote.” — Jamie Friddle

Marilynne Robinson’s Housekeeping. Do not mess with perfection. — Suzanne Beal

I dreaded seeing The English Patient . . . and to my great surprise and delight, the movie was exquisite. That’s a happy ending for you. — Susan Orlean

Lord of the Flies. I still have nightmares about a pack of young boys running around naked with sticks . . . and I’m the fat kid with glasses. — Brian McGuiga 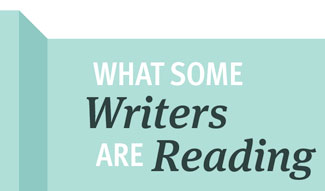 STACEY LEVINE
Richard K. Fenn, Time Exposure: The Personal Experience of Time in Secular Societies
R. D. Laing, The Divided Self
Saadat Hasan Manto, Selected Stories
Vanessa Place, La Medusa
“A big experimental song about Los Angeles and a small cast of characters, full of typographical innovation, all kinds of urban dialects, screenplay directions, lyricism about God, mothering, and the vividness of life alongside the awareness of death. Not a novel and barely a ‘text,’ more of an assemblage, to read over a long period of time.”
Mark Twain, The Adventures of Huckleberry Finn

CYNTHIA OZICK
Mark Helprin, Digital Barbarism
“A manifesto regarding copyright; a plea for the individual over the collective. The writer is angry and bold, and in every way his own man. I warmed to this very intelligent book (by a conscious stylist) in part because of its contempt for, and reasoned repudiation of, the notion of ‘wiki.’”

REBECCA BROWN
Basho, various
Brian Evenson, Last Days
Stacey Levine, The Girl with Brown Fur
Edgar Allan Poe, various
“’Cause a few weeks ago I went to his house in Philadelphia and have been re-hooked. His criticism is amazingly brilliant and funny as hell. And of course the tales are tremendous. His prose rocks the house and his essays on composition take the take. Also he was a fearless critic and said tough things about the namby-pamby mainstream writers of his day with a courage I wish I had to do the same.”

ROBERT FERRIGNO
Doug Stanton, Horse Soldiers
“An account of the handful of gone-native Special Forces troops who, operating mostly on horseback, worked with the Afghan Northern Alliance warlords to overthrow the Taliban in a few months after 9/11, a feat the Russians failed to do in ten years and over one hundred thousand casualties. Stanton’s prose is often clunky, but that man is a fine reporter.”