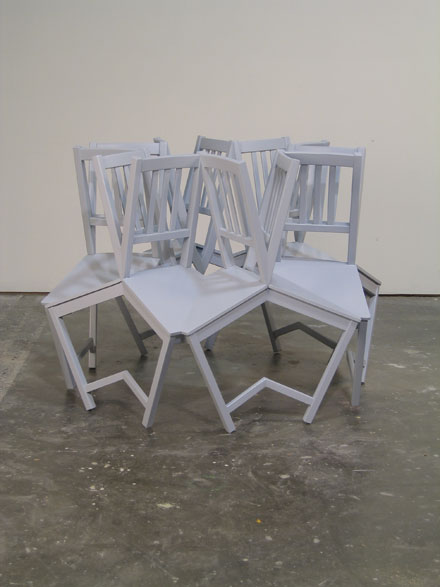 In their first group show ever, Seattle’s top art dealers place their bets on the best 49 local artists of the 21st century.

Imagine walking into a bakery to buy a pie. The baker says, “You know who’s got great pie? The bakery down the street.”

Hard to imagine, isn’t it? But that’s just what legendary art collector Virginia Wright suggested in inviting the Seattle Art Dealers Association (SADA) to collaboratively curate a show at the Wright Exhibition Space. Participating gallery owners would select and present work, not from their galleries, but from their competitors’.

The result is Century 21: Dealer’s Choice, exhibiting through November 21. Administrative duties, installation and other duties were distributed among SADA dealers. Each picked one artist in each of three separate categories — emerging (under forty-five), mid-career (forty-five to fifty-five) and mature (over fifty-five) — and wrote a statement detailing their curatorial choices. The dealers agreed to pick artists either represented by a gallery other than their own or without any representation at all.

Certain artists were practically guaranteed inclusion: Akio Takamori, winner of the  2008 Neddy Award; Daniel Mihalyo and Annie Han, aka Lead Pencil Studio, Founders Rome Prize winners; sound artist and sculptor Trimpin; and, of course, Dale Chihuly. There were also some noteworthy omissions: poetic symbolist painter Fay Jones and nonagenarian painter Mary Henry, for example. Some SADA members don’t have a single artist chosen for the show, while some dealers not in the organization, like Lawrimore Project and SOIL, have more than one.

Critics doubted that such a diverse group of dealers could create a cohesive exhibit. And such concerns weren’t unfounded. 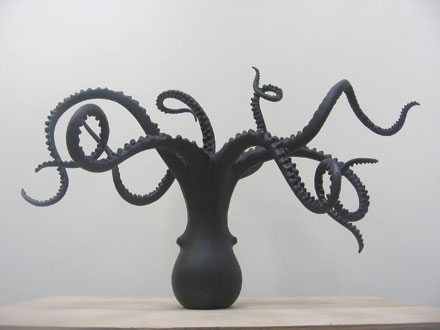 Online critics noisily doubted that such a diverse group of dealers could create a cohesive exhibit. And such concerns weren’t unfounded. James Harris, Billy Howard and Greg Kucera deal with contemporary conceptual artists. Carolyn Staley sells Japanese prints, while Martin-Zambito specializes in American and regional art of the nineteenth and twentieth centuries. There are radically different perceptions about what constitutes great art among the SADA dealers. Staley admits that she didn’t exactly take to the task like a fish to water. She picked one artist, not three: Art Hansen, represented by Davidson Gallery, whose etchings, lithographs and watercolors are inspired by nature. Hansen is a far cry from artist Claude Zervas, whose work incorporates LED and fluorescent lights and video and digital imagery to recall natural landscapes. Represented by James Harris, Zervas was selected by Kucera.

Martin-Zambito co-owner David Martin provides a good example of how dealers supplied vision, even outside the field in which they sell. Martin’s choices were both pragmatic and inspired: contemporary mixed-media artist Nola Avienne, printmaker and photographer Tod Gangler and realist painter Bill Elston. Martin chose Elston to support representational work and Gangler to highlight the artist’s unusual nineteenth-century printing process. Martin is well-versed in both areas; his choice of Avienne, who works with salt, tire magnets and iron filings to explore the interaction between the natural and the manmade, seems further afield. Martin sees a melding of art and science in the work and terms it “a contemporary reworking of surrealism.”

If cohesion were the goal, the exhibit would almost be guaranteed to be a flop. But the fact is, this show is as much about the dealers as it is about the artists. Century 21 offers the unique perspective of gallery owners without any of the financial risk. Take away the commercial setting and you’re left with people passionate and knowledgeable about different types of art. “The dealers might be willing to take a huge risk with yet-unproven artists simply because they believe in their work,” says Kucera.

But aren’t artists like Fay Jones and Mary Henry as important as less-well-known names on SADA’s list? “Apparently not,” Kucera deadpans. At least not this year. But who’s to say that this year’s artists would make the cut next year?

If art were pie, Century 21: Dealer’s Choice would simply be one slice, both in time and place, of the local work most admired by Seattle dealers. The Wrights (who own a spectacular slice themselves, Claes Oldenburg’s Pecan Pie Slice, on view at SAM), have once again challenged dealers to look at art through fresh eyes. The show might result in a wild rumpus of varying visions, but messy or not, it will be an accurate perception of the particular tastes of Northwest dealers — and how they choose to dish it up. 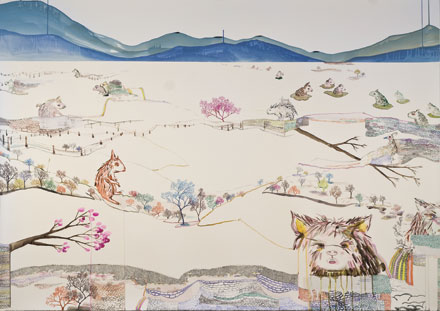