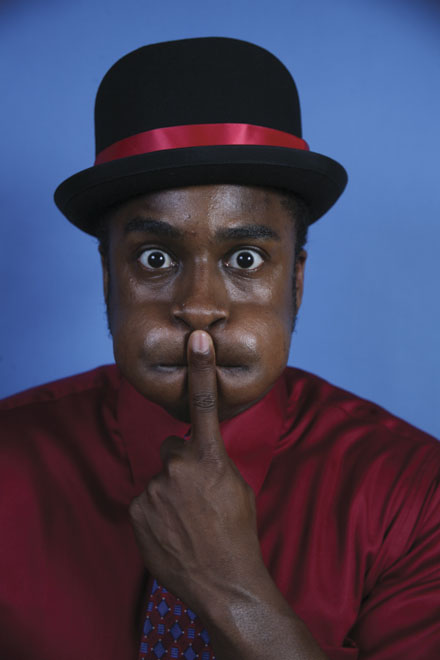 Next month, for a week, you can see one of dozens of shows for the friendly price of free.

How much is a night of great theatre worth?

That’s a tough question, particularly when most of us are tightening our belts (and maybe even adding a couple of new notches). Mainstage theatre can be an expensive night out and even fringe venues often cost more than a movie or live music.

But if it’s tough for audiences, it’s even tougher for theatre artists. Compared to most other art forms, even a small-cast play is an expensive proposition, partly for production costs but mostly because of all the people involved — actors, backstage crew, costume and set designers, carpenters, box office and other front-of-house staff and more. To help counter the high ticket prices that result, many theatres offer discounted tickets for students and seniors or schedule pay-what-you-will performances.

Cheap tickets are a good idea. But what if you had a couple of tickets to a show that cost absolutely nothing?

That’s the offer during Seattle’s Live Theatre Week, October 13 – 19, during which dozens of local companies will offer backstage tours, host open houses, have special readings and even provide tickets for free — two per customer — to a wide variety of local productions. Tickets will be available via the Web site seattleperforms.com beginning October 6.

The idea started, in 2005, as one of those resolutions passed by the Seattle City Council declaring one week in October to be Live Theatre Week. “It was a fantastic gesture, but it really was nothing more than a proclamation,” says Sam Read of Theatre Puget Sound, a support organization that counts hundreds of local companies and individual artists among its members. To make it something meaningful, particularly to people’s pocketbooks, TPS launched a modest festival, encouraging its member theatres to organize their own events independently. From 2005 to 2007, the number of participating groups grew to fifty-five; over three thousand people attended various performances. Organizers expect these numbers to swell further this year.

What’s the cost to the participating theatres? Don’t they take a hit at the box office they may not be able to sustain? “We actually make more money on those nights than other nights,” says an astonished Andrew McMasters, artistic director of Wing-It Productions’ Jet City Improv, a Theatre Week participant from the beginning. “Our concessions income goes up exponentially and our donation box gets very full. I think audiences use the event as an excuse to try out something new. I’ve found them very generous when they like what they see.”

Theatre Week is also a quick cure for obscurity, a way to build recognition. “As a newer company, we are very much in the process of developing a solid and reliable audience base,” says Kaitie Warren of Balagan Theatre, a young fringe company. “Live Theatre Week is an invaluable opportunity for us to show who we are and what we can do.” And now that the late, lamented Seattle Fringe Theatre Festival is history, Live Theatre Week is the sole opportunity to see a snapshot of all that’s happening in theatre in Seattle. “It’s a chance for all the theatres in the city to work together,” says Warren.

Kathy Hsieh of SIS Productions’ Sex in Seattle, a live serial comedy, also believes that the umbrella event gives audiences the incentive to try something new and with no financial risk. “There are a lot of people, especially when the economy is hurting the way it is, who love theatre and want to see more. But it’s a lot riskier to try a company or a show you’ve never gone to before if you have to pay.” Hsieh uses the free tickets herself. “I usually see as many as one hundred shows a year, but I love the opportunity Live Theatre Week provides to try something different for a change.” 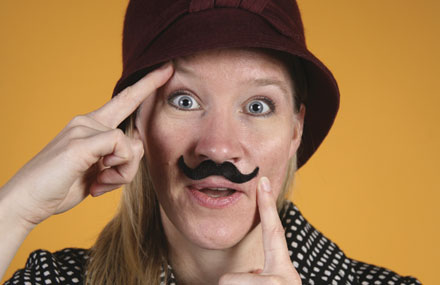 Does it send the wrong message for theatre companies to be collectively giving away thousands of dollars of tickets for free? (Think of the awful-tasting nutrition bars handed out in downtown streets at lunchtime. Have you ever been inspired to buy one?) Read doesn’t think so. It’s both a common business strategy for attracting new customers, he notes, and a great way to call attention to the tremendous variety of theatre in Seattle. “In fact, I would argue that when used properly it can be a highly effective and cost-efficient marketing device,” he says. And particularly since those who have participated in previous years are encouraged not to take tickets for the same theatre two years in a row — and to spread the word on what they’ve seen and liked to their friends. “Theatres need to provide a memorable experience that goes above and beyond a commercial transaction,” he explains.

McMasters had an experience last year that confirmed for him Live Theatre Week’s value. “A father came with his daughter to our last free performance and he told me that this was a special event for them. They’d gotten dressed up, had dinner and then went out to the theatre. He had never even heard of Jet City Improv before that night, but he saw this as a chance to spend a fancy night out with his daughter at a price he could afford.”

Less than ten percent of Americans go to a play or musical of any sort in a typical year. If theatre artists are going to change that daunting statistic, they’ve got to come up with some new and different ideas. A couple of free tickets during Live Theatre Week is a good place to start.