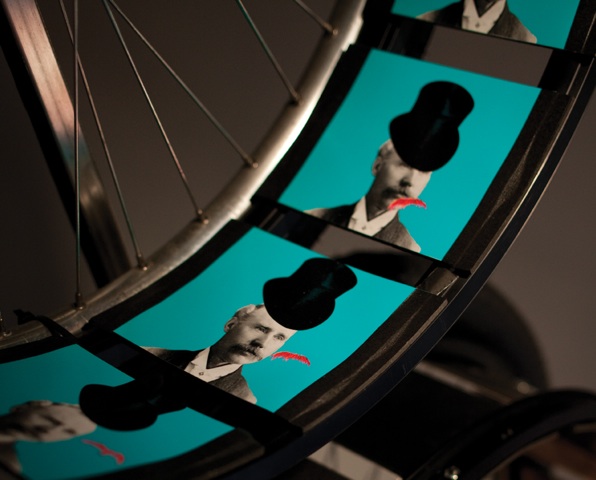 “One of his areas of focus was providing opportunities in this space for emerging curators and artists,” Shainin continues. ”It takes more effort and thought to shepherd that through to a proper conclusion – it takes extra work. And he was always willing to do that extra work to make that happen.”

It’s also clear that KAC has lost in Griffith – the founder of BrüTübe and the curator behind KAC Links Invitational (a mini-golf art show) and Steambot – a forward-thinking programmer and a bridge to a hip young arts community in Seattle, a community he will be serving more directly in his new position across Lake Washington as the gallery and exhibitions curator at Cornish College of the Arts.

But KAC is focusing on the opportunity change provides – specifically in finding just the right person to create programming that has the potential to meld the organization’s split audience base: the exhibition-goers, which Shainin admits has been made up mainly of Seattleites, and the students of KAC’s regular arts classes, who are typically Eastside neighbors.

While Shainin and his staff are already canvassing the community and talking to local curators to get suggestions for a replacement, the job is expected to be posted officially this month, and filled, hopefully, by the end of January.

Asked if he’s relieved to be working in Seattle instead of commuting daily to the Eastside, Griffith scolds: “I don’t want to imply that it’s too hard to go to Kirkland. I live in Queen Anne and now take a very short bus ride to work every day. There’s something nice about that. But it’s not really a big deal to go to Kirkland – not as big as people think. You make great things happen somewhere, people are going to find a way to get to it. It’s not a bad challenge to have to make people work a little harder.” •

Image: Detail of Velo-scope, a bicycle-powered zoetrope made by Rebecca Cummins and Rusty Oliver for Steambot at Kirkland Arts Center. Photo by Greg Plumis for City Arts.