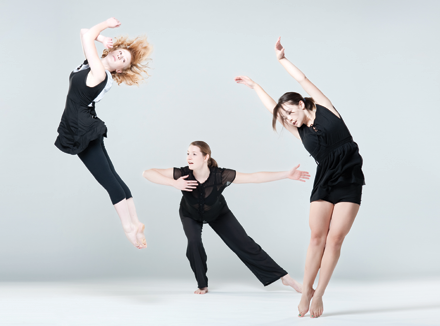 It’s a January afternoon, and Cyrus Khambatta’s Phffft! Dance Theatre Company is rehearsing in a small studio in the choreographer’s West Seattle backyard. The group is working on a new piece, which began as a telephone poll: Khambatta picked random numbers from the phone book and called people to ask what they thought about the American Dream. In one segment of the piece that resulted from this research, two Phffft! company members, Morgan Nutt and Chris McCallister, perform a duet to the sounds of Alison Krauss and Robert Plant’s theatrical ballad “Sister Rosetta Goes Before Us.” They perform like two people in a competition. Or is it a relationship? One moment they are dancing together, the next, they trip one another up. As soon as Nutt is dragged down, McCallister offers her a hand to be helped up, like lobsters scrambling over one another to escape the boiling pot.

It doesn’t stop at what could be a metaphor for Darwinian capitalism. In the way it combines the music and the intense movement, the dance shows how actions affect others. It shows how we look when we’re angry and careless. How sometimes we don’t mean it, and sometimes we do.

More importantly, what “clicks” for me watching this dance is that, whatever the intent, these dancers are giving an idea a feel and a pulse.

Ask choreographer Eva Stone why people don’t typically “get” dance, and she will tell you that too much contemporary dance is not trying to communicate anything. That’s why she started Chop Shop: Bodies of Work, a dance festival staged in Bellevue this month.

“Chop Shop brings together the fenders from the Mercedes, the bumpers from the Fiat, the tires from the BMW,” says Stone, alluding to the “class struggle” implicit between dance genre and styles. “We ‘chop together’ different contemporary artists, all of whom have individual thumbprints.”

More than a parade of all the dance companies she can fit into one theatre, Chop Shop is a clear statement about what Stone thinks makes good dance. She curated a lineup that unites twelve very different groups to help answer a problem in the world of contemporary dance.

“Even when you have a great choreographer creating a movement language that is so fascinating, I need that A to B arc,” Stone continues. “For example, William Forsythe. Some of his work is this really intricate movement language set on pattern and angles and trajectories and rotations. And it’s absolutely stunning. But I watch five or ten minutes of it, and I have to stop and say: what am I looking at? Just because you’re a beautiful body dancing in space, it’s not enough. I want you to be a beautiful body in space telling me something; I want to see the story.” 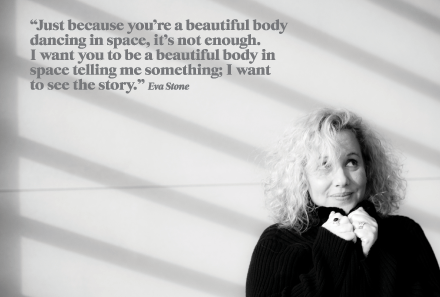 For the purposes of this story, Stone’s story begins in London, where she spent three years earning an MA in choreography from the Laban Centre in London. This was where she met her husband, Richard, with whom she lives in Edmonds with their two children. This story, in part, informs Stick Figures, the piece she is creating for Chop Shop. It is about relationships between men and women – how there are issues, but, as with all relationships, there is also this perplexing and unstoppable need to connect. And in the end, while there are some bumps in the road, it is a good thing. “I feel very lucky to be connected to someone so great,” she says.

But this work, in Stone’s mind, represents something too earnest for what Seattle dance culture typically demands.

“In my opinion, there’s very much a ‘Seattle aesthetic,’” she says. “There’s a certain style that funding bodies like to fund. They prefer the exploratory, new, cutting-edge and experimental type of work. My work is none of those things.”

Since moving to Seattle in 1995, Stone has taught for Pacific Northwest Ballet and worked at Seattle Opera as Donald Byrd’s assistant choreographer on the most recent production of Aida. She has shown work in New York, Geneva and St. Petersburg. She founded Stone Dance Collective and more recently created work as part of Seattle Dance Project’s Project Orpheus.

She’s also created an impressive body of work, rooted in interesting ideas that combine humor, cultural stereotypes, history and personal narrative to inspire movement: Umlaut, about the reluctant immigrant story; A Little Something to Remember Me By, about women’s bodies; mine, about an ineffectual relationship; and Me over You, which personifies three psychoses as dancers and characterizes another dancer as Katie Couric.

Despite all that, Stone pegs herself as “the most passionate dance artist you have never heard of.”

When Stone decided to focus on raising her kids and the Stone Dance Collective took a ten-year hiatus, she fell out of touch with the performance “in crowd.” The company’s return debut was a performance at Seattle Center’s food court.

“This sense of her being an outsider is in some ways what drives her,” says Donald Byrd, a renowned choreographer and artistic director of Spectrum Dance Theater. “She’s a fighter – and I mean she’s always been one, from what I know of her history. She describes it as being naïve, as stepping out there into the world in her blue unitard.”

That would be naïve as in hoping to take the audience with her, to make it understand. 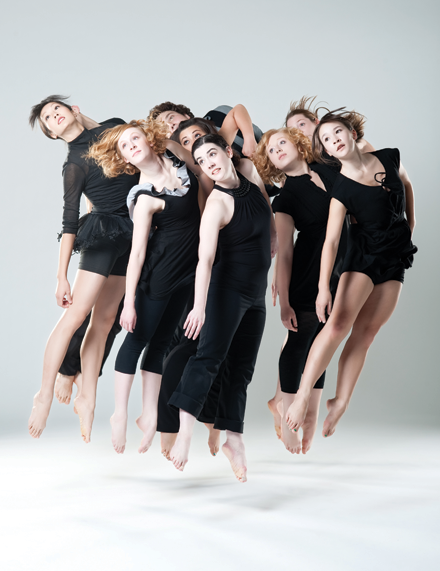 Back in west seattle, Khambatta is giving feedback to his dancers from a long list of notes on a clipboard. But despite his copious scribbles, there seems to be no vocabulary. Conversations between the dancers and the choreographer sound like this:

“Can you try that thing again?”

“Yeah, do that. And maybe this.” [Choreographer bends and spins.]

At Sonia Dawkins’ Prism Dance Company, also performing at Chop Shop, while the dancers rehearse their piece for the  hundredth time, they talk to each other over the music, but not about the piece. They’re comparing what they had for breakfast that morning. This keeps them from relying on robotic muscle memory of their movements.

In dance, the success of language is ultimately contingent on the skill, intent and craft the dancer brings to the movement.

Choreographers may not always possess words to describe the movements, but they do have an eye for detail. Every gesture has weight and importance. The position of the head, the angle at which the arm bends, the feel and look of pauses. Stone at one point mentions “line of sight,” suggesting that even the direction in which the dancers’ eyes point is important. Dawkins makes her dancers play a round of “freeze tag” to practice running with real intent across the stage.

And always, order is considered, challenged and reconsidered. Stone draws a useful correlation between dance and writing. As other choreographers do, she refers to pieces of a dance as “phrases.” And in rehearsal, she must edit, rearrange and finally structure those phrases much as a writing student must structure an essay: with a strong opener, supporting arguments and an unforgettable closer.

Donald Byrd mentions Stone’s understanding of structure as a strength of hers: “People of a certain generation, perhaps, they think that the inventiveness of the movement language is enough. And it’s not, really. Audiences need to see how it’s put together, that it’s a beautiful building, not that the building is made out of interesting bricks.”

The inspiration for choreography, of course, is less structured. Usually, Stone says, an idea will come to her when she’s listening to NPR.  “I get so many ideas from them,” she says, “I really should donate.”

The hard part in all this is that Stone has to grow into the success she created; she groans at the prospect of applying for grants. But she dutifully plans to apply anyway, while also reaching out to more and different artists in order to keep the lineup fresh from year to year. Tonya Lockyer is tentatively slated for next year, as is a group from Bellingham. “All I want to do is show great work,” says Stone. “I don’t care who’s dancing, if they have six legs. I don’t care if they have no legs.

Chop Shop: Bodies of Work takes place at the Theatre at Meydenbauer, February 13–14. See chopshopdance.org for tickets and more information.