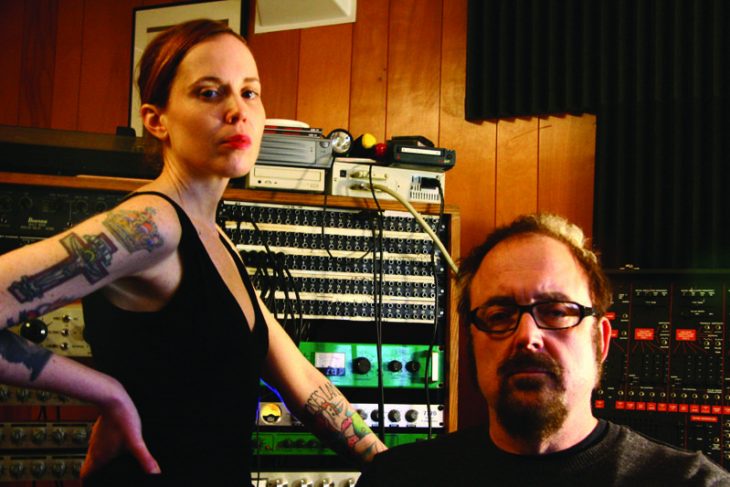 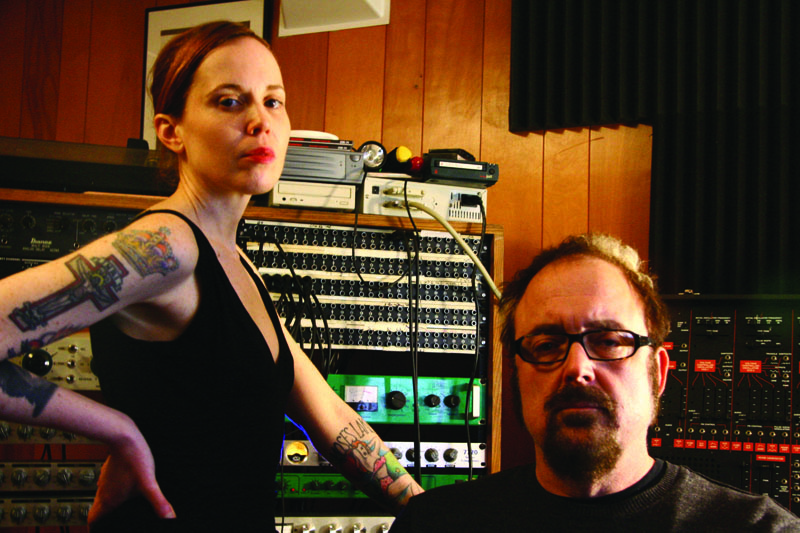 At On the Boards this month, marimba player and singer Erin Jorgensen and producer Steve Fisk assemble an ethereal performance about faith and intimacy. Jorgensen is a member of the performance art group the French Project and Fisk is widely known for his work on albums by Nirvana, Low, Reggie Watts and Mudhoney. We spoke to Jorgensen by phone.

What should people expect from this collaboration?
It’s not theatre—it’s more like going to laser Floyd or something. It’s like a whole record—not like song one, song two, song three. There’s a lot of moody marimba, talking and singing blending together and looping back. And there’s a little bit of improvisation.

Aside from marimba, what other sounds are involved?
The marimba has pickups on it now, so I can put a lot of effects on it. I can run it directly through the house so it sounds super loud or I can put distortion on it. Fisk is manipulating sound that we prerecorded, so he’ll be doing that live and playing the keyboards. He’ll be putting beats together, making a weird sonic bed I can play and talk over.

How will you address faith and intimacy?
It’s like a weird church service in a secular world. I’m not literally talking about faith but about how you invent your own reasons for existing. I’ve done that with not being a religious person or not being really philosophical.

So how did you and Steve first meet?
I always knew his name because I grew up in Eastern Washington in Moses Lake and he was in Ellensburg. But we met through Sean Nelson while I was recording some commercial. Then I started listening to his weird little records of manipulated sound and clips he stole from everywhere. They’re really bizarre and I got kind of obsessed with them. We have a lot of the same tastes.

Such as?
We both like a lot of minimalist music and listen to a lot of those same records.