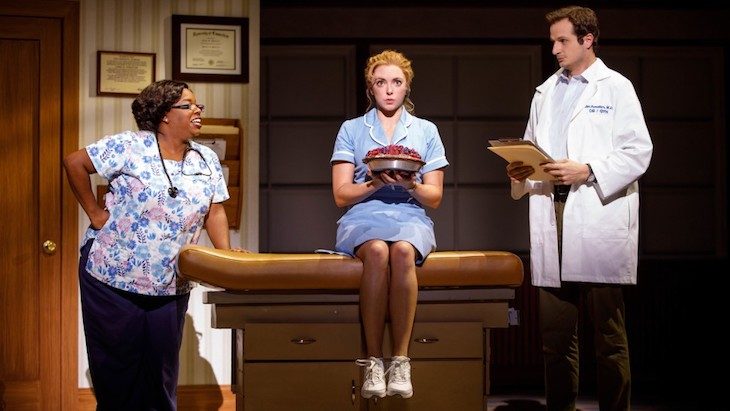 This sweet-as-pie musical with a poppy score by Sara Bareilles is adapted from the film of the same name. Jenna, pregnant and unhappily married, channels her hopes and frustrations into the sensational baking she does for the diner where she works. A new man enters the picture, a quirky romantic B-plot livens things up, everything is scrumptious. —Gemma Wilson
Paramount Theatre

Things start out friendly in Karen Zacarías’s play about a turf war in a tony D.C. neighborhood, but soon enough the two sets of neighbors—an older, white couple and a young, new-to-the-neighborhood Latinx couple—end up warring over disputed footage in their adjoining backyards. That makes for good jokes about fences and colonialism, but also good food-for-thought about hypocrisy and entitlement. Runs through Sept. 30. —Gemma Wilson
Jones Playhouse 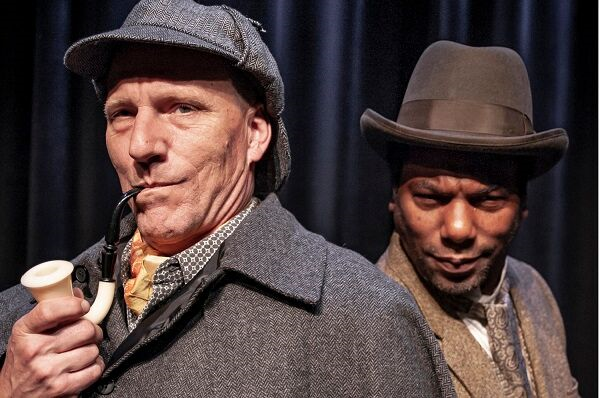 Five actors conjure more than 35 characters to deliver laughter and chills in this inventive adaptation of The Hound of the Baskervilles. Bite your nails and howl with delight as Holmes and Watson face their most diabolical case ever. Runs through Oct. 20.
Taproot Theatre

If you’re clutching at straws for a bright side to the sting that is the loss of soul empress Aretha Franklin: It’s moved an awful lot of terrific Northwest talents to put on this tribute showcasing her unimpeachable body of work. Breaks and Swells, Grace Love, Adra Boo and more will bring the soul, and yes, the r-e-s-p-e-c-t. —Tony Kay
Neumos

I REMEMBER / THE HOLLOW FEATURES OF WHAT REMAINS

Among his litany of monumental endeavors, including avant garde set designs for international opera productions, Ben Zamora builds labyrinthine immersive sculptures out of fluorescent tube lights. Tonight, in an homage to the idea of getting lost in memory, he’s plunging the Factory into his signature buzz and glow, and it should be deliciously intense. —Amanda Manitach
The Factory

I’m a major fan of Belgian directorial duo Helene Cattet and Bruno Forzani. Their first two films, Amer and The Strange Color of your Body’s Tears, infuse Italian Giallo tropes with ravishing visual style and an arthouse sensibility, to dazzling effect. Their latest genre fever-dream purportedly taffy-pulls the Italian crime films of the 1970s in similar fashion, and word has it it’s the pair’s best film yet. —Tony Kay
Grand Illusion Cinema

By Pulitzer Prize-winning playwright Nilo Cruz, Two Sisters and a Piano follows two artists imprisoned in their home for speaking out against Castro’s political regime in 1991 Cuba. I’m excited to see what director José Amador does with this layered story, which reminds us of how high-stakes art-making can be. Runs through Oct. 6. —Kaitlin McCarthy
Theater Schmeater

A trick of the soul trade: Round out a recording with ambient party noise to imply that a band gets parties started. Local eight-piece powerhouse The True Loves blend in background vocal chatter on a new 45, “The Dapper Derp/Kabuki,” but in their case it’s no trick. The True Loves move crowds like few others. —Gabe Pollak
Tractor Tavern