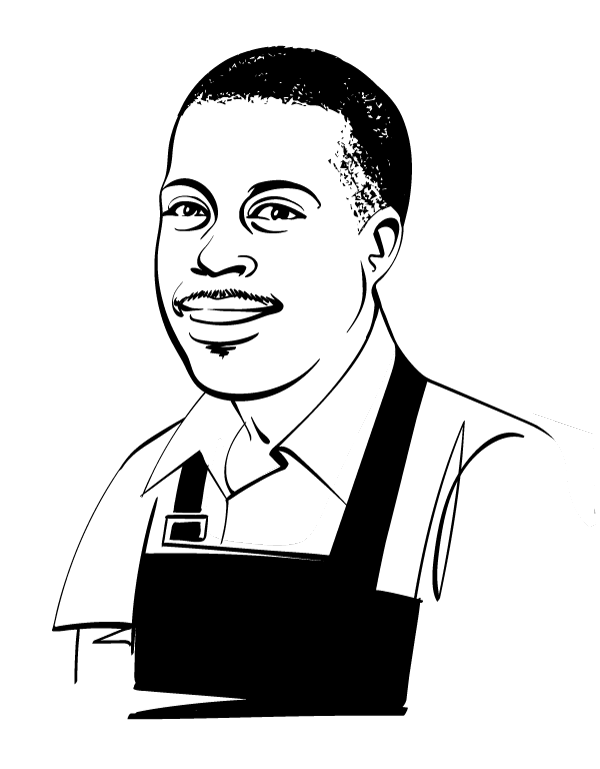 When Edouardo Jordan opened Salare in Ravenna in 2015, he forever altered Seattle’s culinary landscape. There were very few Black chef/owners here at the time, and zero places for African-Caribbean-Southern fine dining. Informed as much by Jordan’s family history as by American history, Salare’s approachable, elegant, deeply nuanced cuisine brought the Florida-born chef nationwide acclaim, which he’s riding into his second venture. Junebaby, an “all-in-one Southern restaurant,” opens down the street from Salare this spring.

Let’s go back to spring of 2015, right before you opened Salare. How were you feeling? Were you ready for this untested venture?  Was Seattle?
I knew I was ready. I was looking for a home, a city that would embrace me, and I felt that Seattle was ready. It was a neighborhood restaurant doing high-caliber food but without being pretentious. I felt in my gut that it would work.

How’d you land in Ravenna?
I was doing a lot of analysis of the city and the landscape of business and restaurants. Everyone was flocking to Capitol Hill, but I was searching for that neighborhood that was up-and-coming but not tapped yet. Ravenna caught my eye because I lived in Lake City, so I took this route to go anywhere. From a business standpoint, I wanted to be in a location that’s gonna grow with me as I grow.

Seattle is open-minded in a lot of ways, but when it comes to diversity, we need someone to hold our hand, to be a guide. So thanks for being that guy.
Totally. That was one point why I wanted to do what I’m doing here in Seattle—to diversify the food scene. I saw it as a B market striving to be an A market and the only way to be an A market is to diversify our food and have young chefs opening restaurants to express themselves.

In describing the cuisine at Junebaby, you’ve mentioned an emphasis on corn, squash, rice, peas, grains—not exactly sexy ingredients. How do you add allure or intrigue to those things?
I’m not trying to intrigue anyone. I’m trying to educate people, in a sense. These were the foundational ingredients of America, the workhorse ingredients of America. These are what slaves served their masters, what they lived off of. These are just beautiful ingredients and I wanna use them from a simple standpoint.

How’d you learn about that stuff?
I took a trip to the South this summer and got myself reacquainted with these ingredients. My family is from Macon, Georgia—these are the ingredients we ate for Sunday supper and family reunions. There was stuff I didn’t know—deeper stuff about African slaves and Native Americans [that I learned] in the process of learning about corn. Corn was a native ingredient from Central America and Mexico. It was their main crop, their mother. And that knowledge of corn was passed down from the relationships between slaves and Natives. I took the time to understand history, understand where each ingredient came from, reading books, surfing the Internet, asking around.

Those historical foodways are fascinating. Which books stand out?
In Southern Provisions, David S. Shields talks about how stuff got here from a scientific standpoint. It’s an encyclopedia of Southern ingredients. John T. Edge is the director of the Southern Foodways Alliance, an organization that highlights Southern food, so I read his stuff. Glenn Roberts with Anson Mills is a walking encyclopedia. I send him one question and he sends me a bibliography of one ingredient. It’s mind-blowing.

You’ve advocated for greater recognition of diversity within the industry, specifically the James Beard Awards. And then you won a James Beard Award.
It wasn’t about pay attention to me; it was pay attention to all of us. If you’re not looking deeper than the common restaurants, you’re not doing your job right as media sources. I wanted to bring attention to fact that [the industry] is not that diverse from a food standpoint. And we won’t be unless we recognize and spotlight those people that are forgotten.