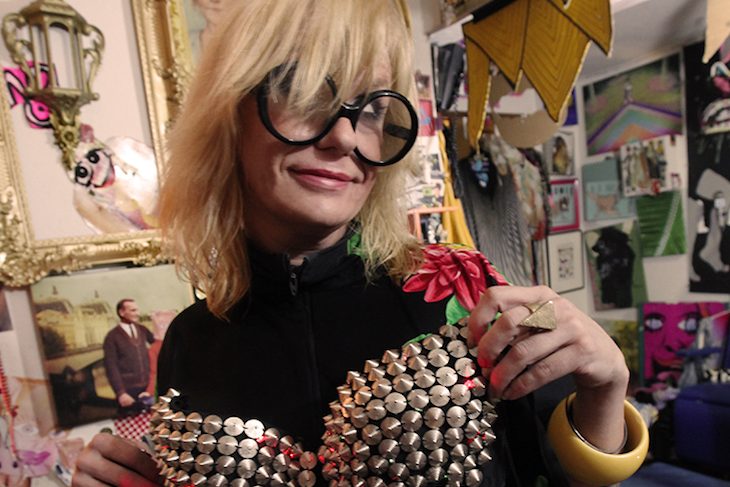 Tara Thomas is—without hyperbole—an icon of Capitol Hill. The Seattle native is unmissable and unmistakable with her candy-apple lips, Barbie-blue lids and bottle-blonde hair, often slightly askew. Like her artful daily ensembles, her home is itself a meticulously curated shrine to objects and works of art. She adds to the uber-collaged domestic pastiche almost daily, sometimes rolling out of bed to glue a thing to a wall, cutting out scraps of magazines to make a new collage or installing new baubles in some as-yet overlooked nook. 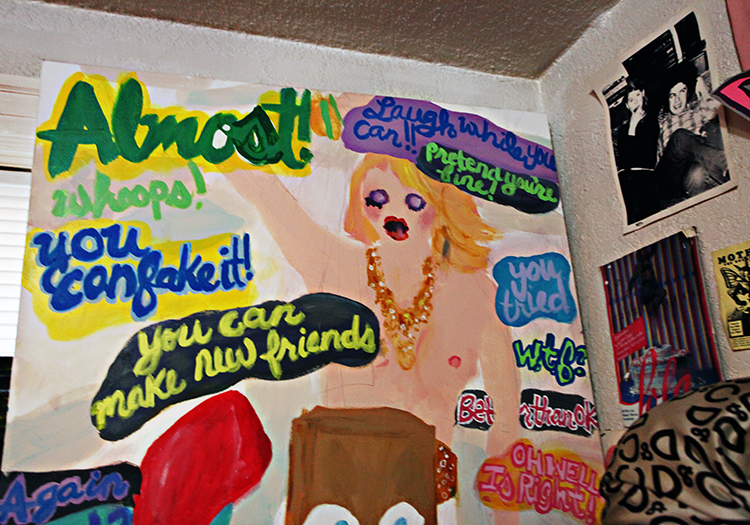 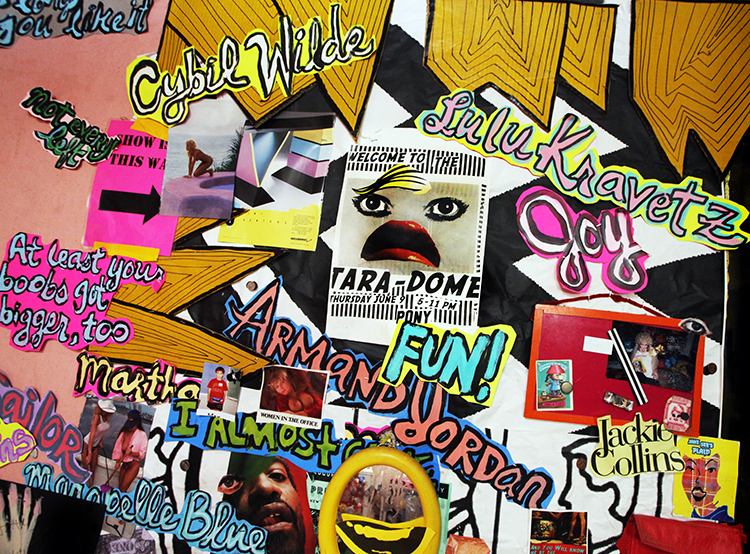 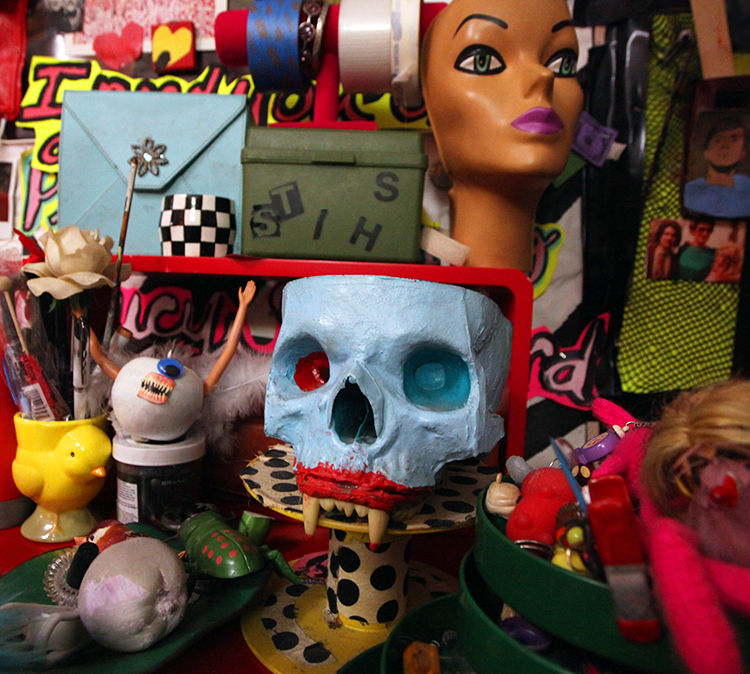 Even Thomas’ bedroom floor is covered in Trapper Keepers she’s cut up and fitted together like a big plastic mosaic. Everything screams with gloss and sequins, shimmering metallics, glitter crusted toys and jumbles of jewelry. Smattered with a dirty sense of humor (Thomas was a professional clown for 17 years), her work rings with nostalgia for the era of Warholian It Girls and crusty, glittery punk-pop glamor. 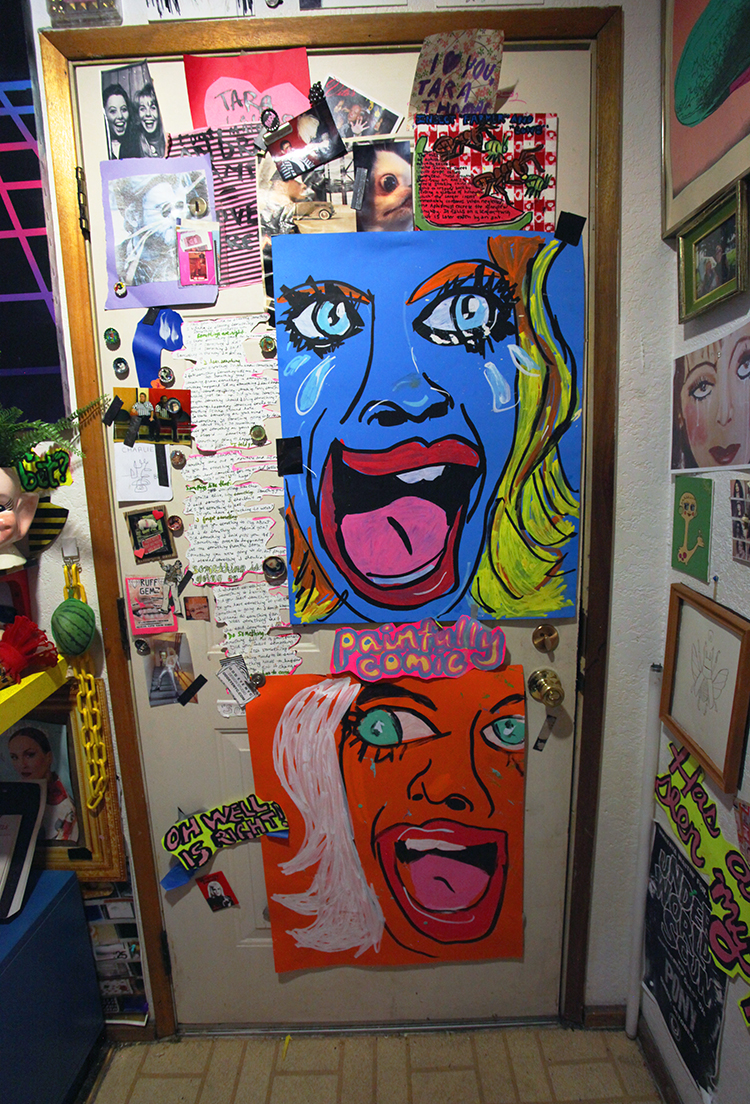 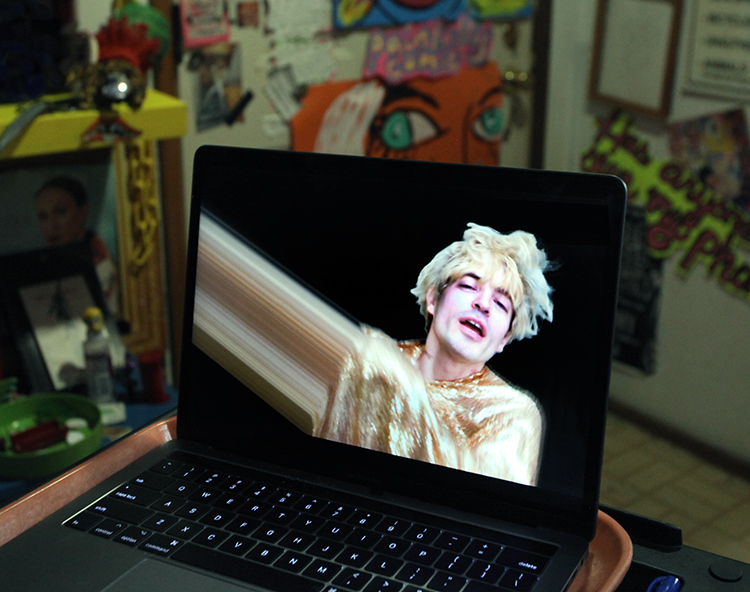 In addition to the work installed at her current home, where she’s lived for four years, Thomas is a painter and filmmaker. Her most recent film is a music video made for local band Spesh. 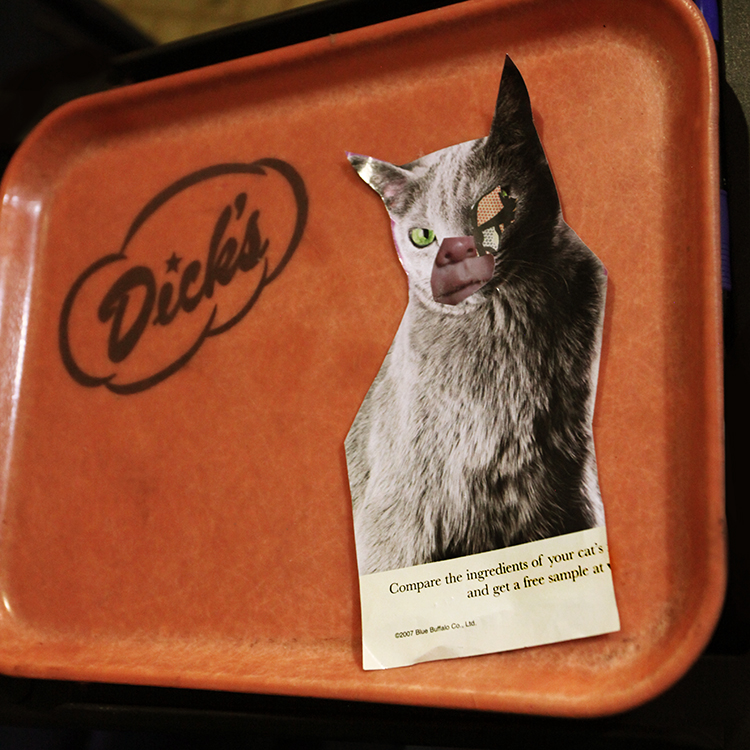 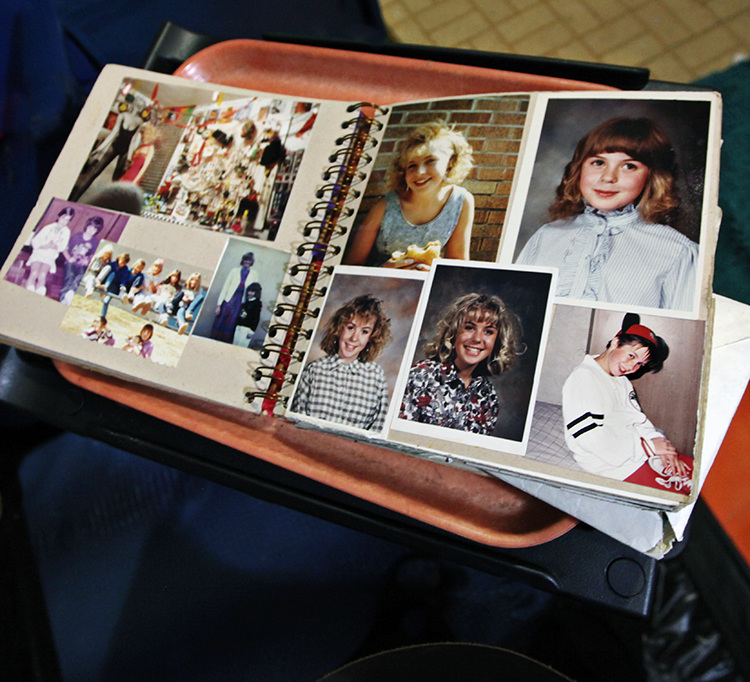 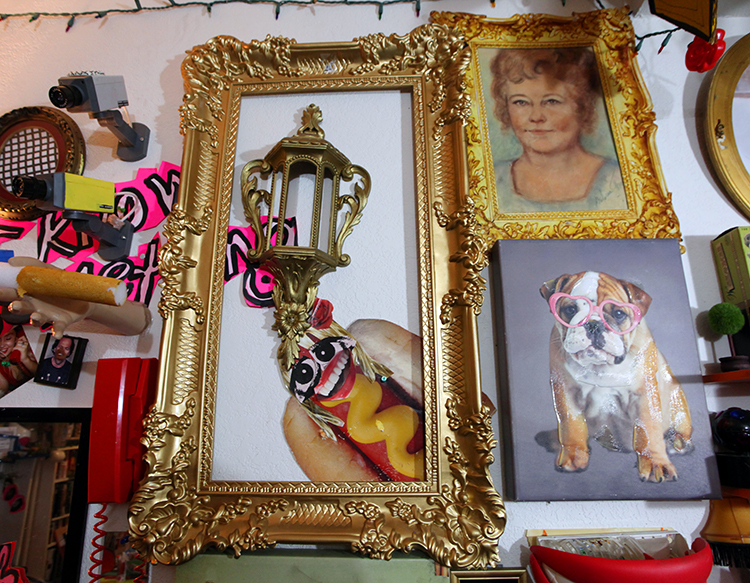 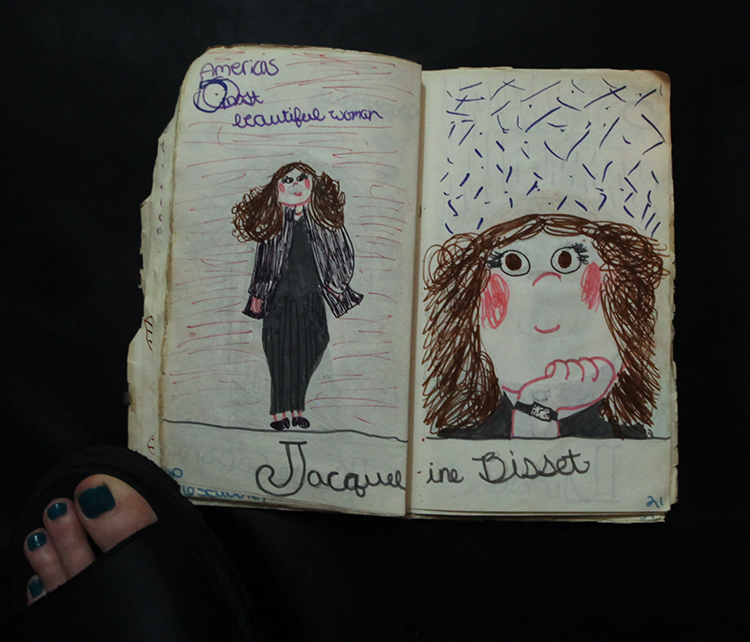 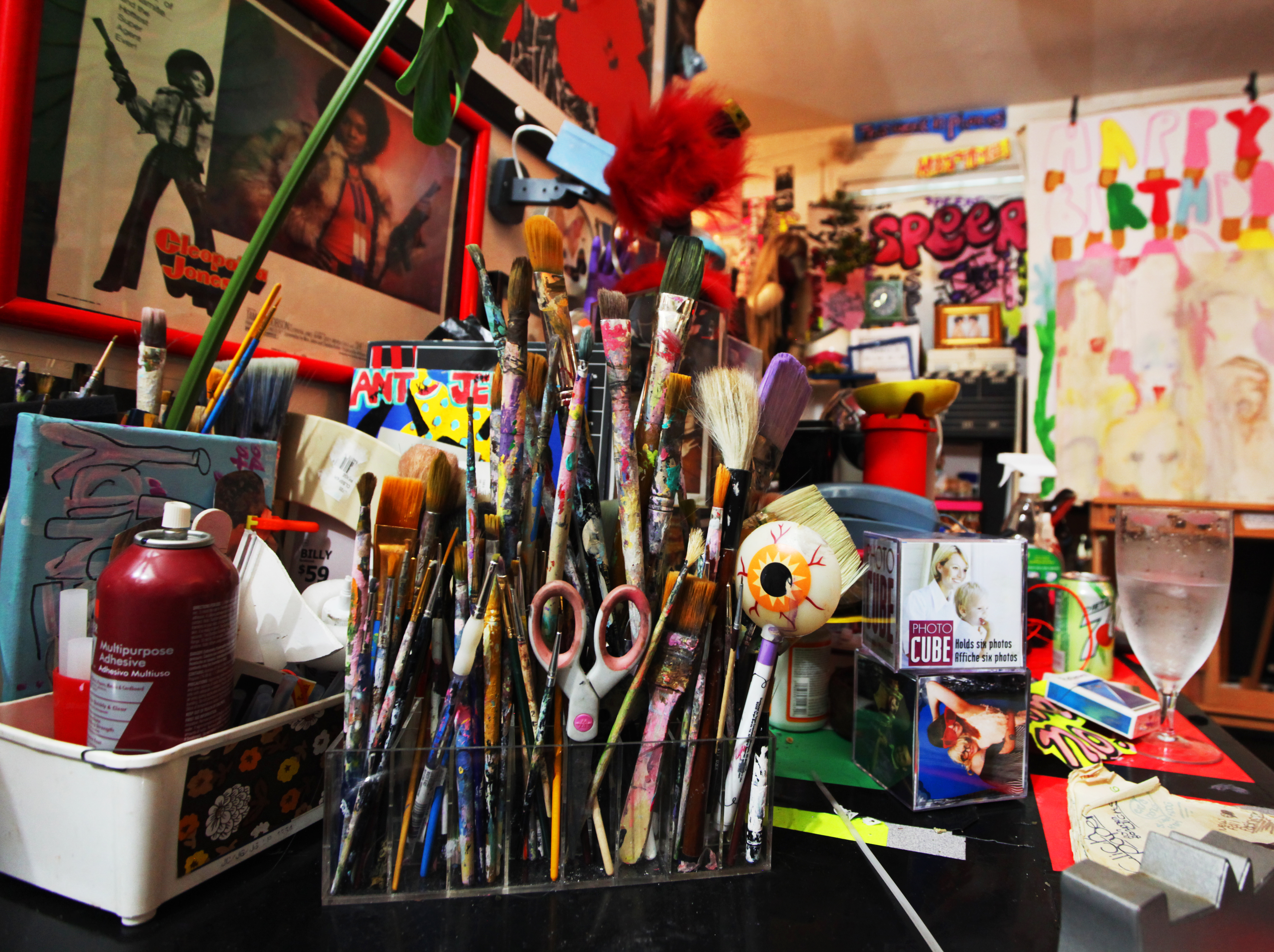 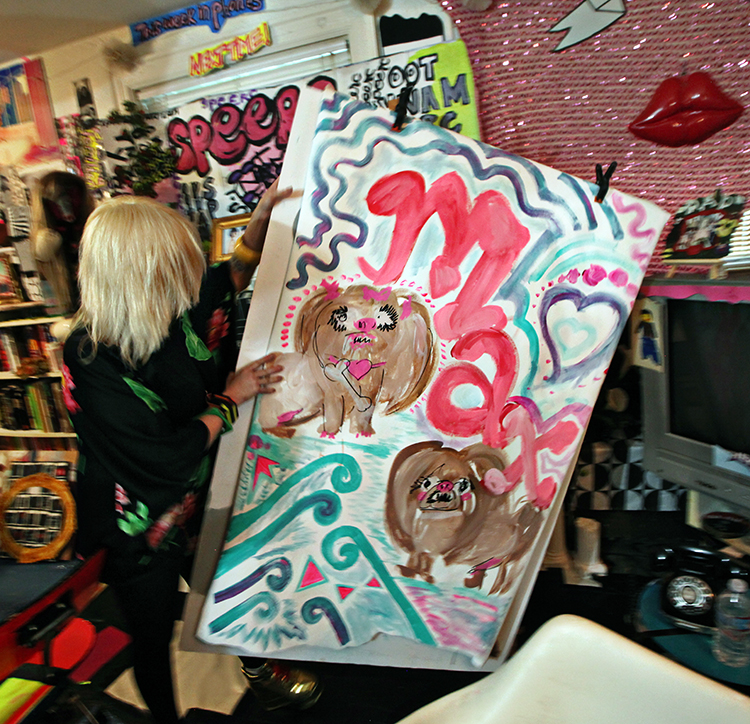 “I mean, I don’t really consider myself an artist,” Thomas says. “My room has kinda been this way since I was 16. I guess when I was four, my mom told me I would make little masks for Barbies out of packing foam.” 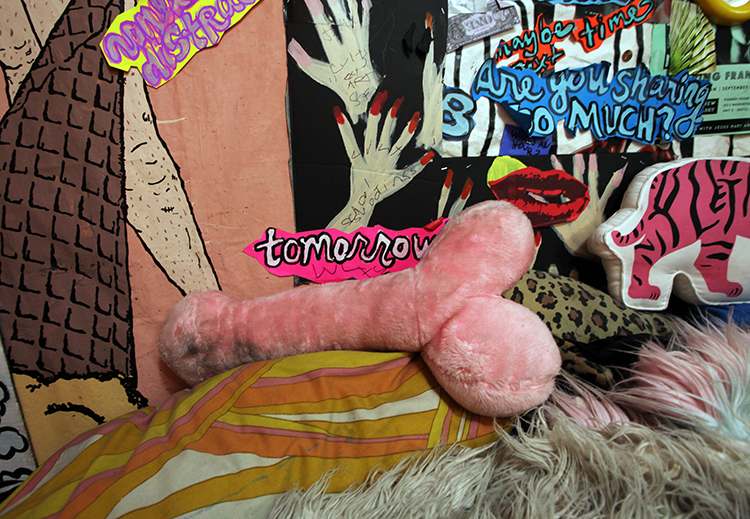 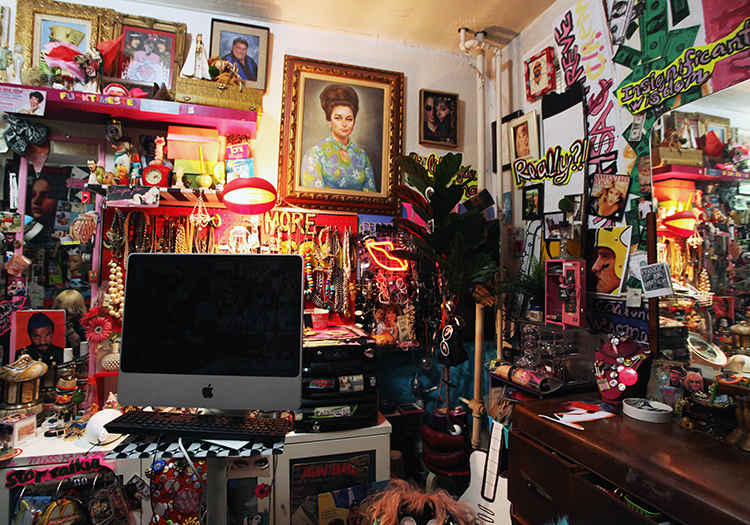 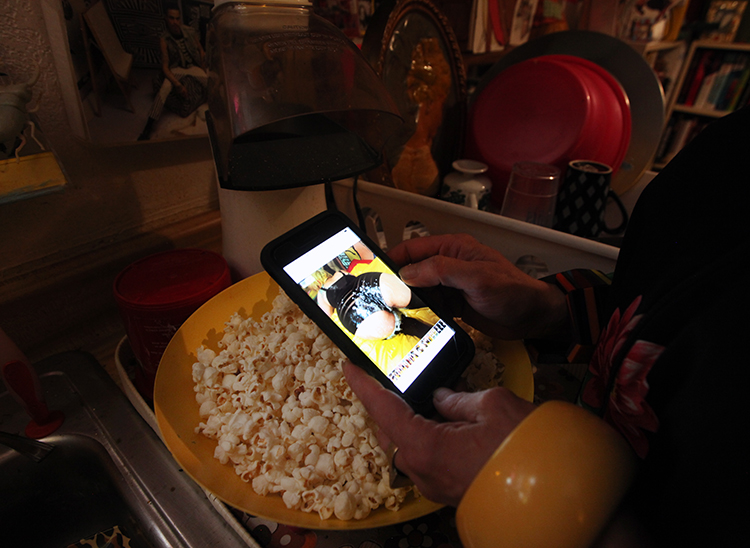 In 2016 Thomas mounted a Jackie Collins-themed show of large-scale paintings at the Factory. All the work, much of it NSFW, was inspired by the most smutty, ridiculous parts of Jackie Collins romance novels. Also that year, friends curated Welcome to the Taradome, an exhibit dedicated to Thomas that debuted at Pony, where 30 artists made art of her or about her. The night was a smorgasbord of cocktails, soy sauce popcorn (one of her faves) and Goldfish crackers. “There was a blow-up doll version of me sitting at one of the tables and everyone kept going up to it thinking it was me,” she says. “It was a little depressing afterwards. It was kind of like…now what?” 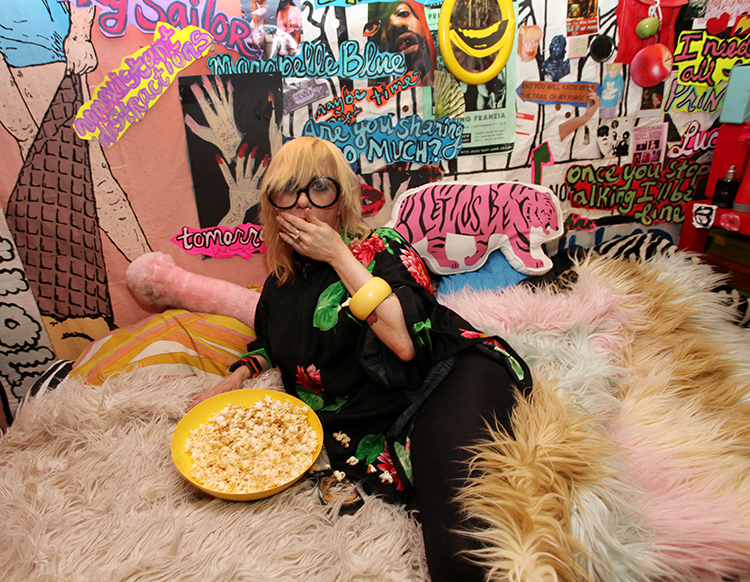 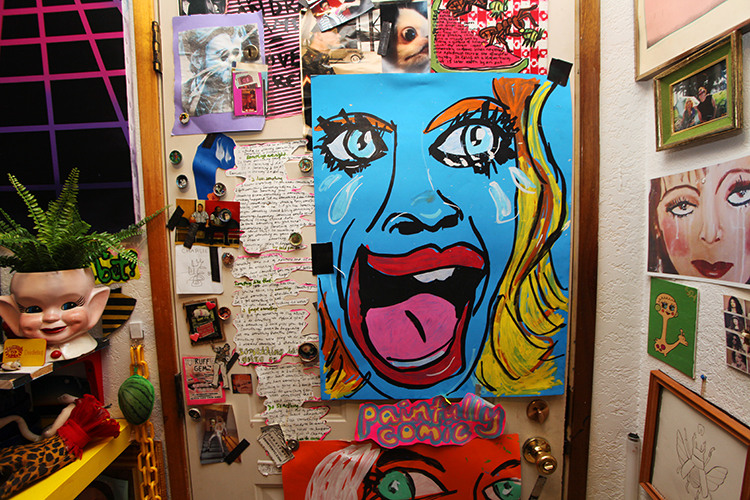 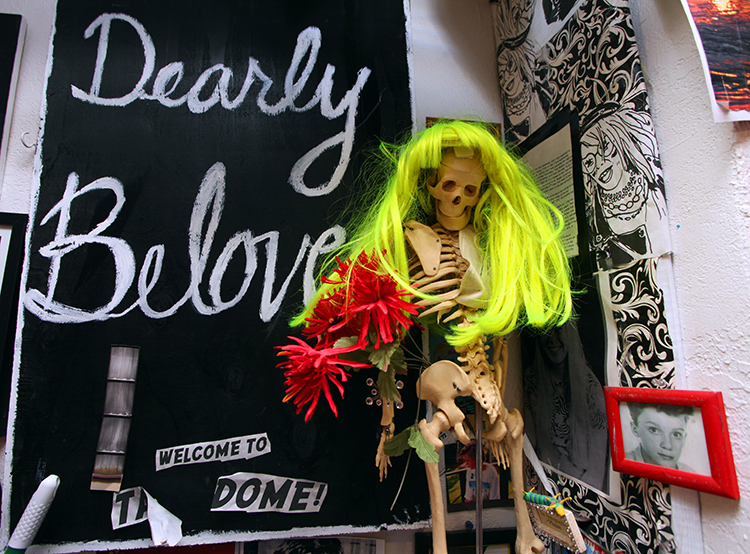 Dozens of uniform, small plastic video surveillance cameras are painted in an array of colors and patterns, swiveling back and forth. “I had Chuck Barry in mind, how he would place surveillance cameras in his bathrooms to film people peeing,” Thomas says. “They’re not actually filming anything. But I ordered a batch of 20 of them. There’s a few in the bathroom. I want to put more in the bathroom. I kind of wish I hadn’t painted them. But I couldn’t help myself. When they’re all going at once it’s pretty fantastic.” 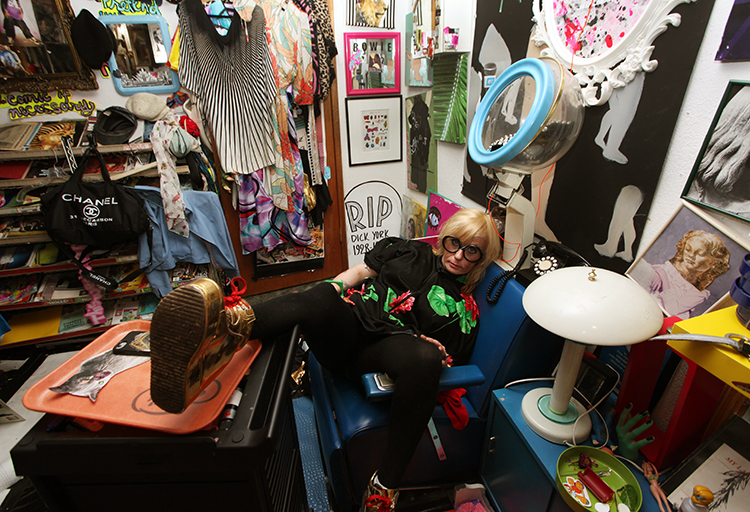