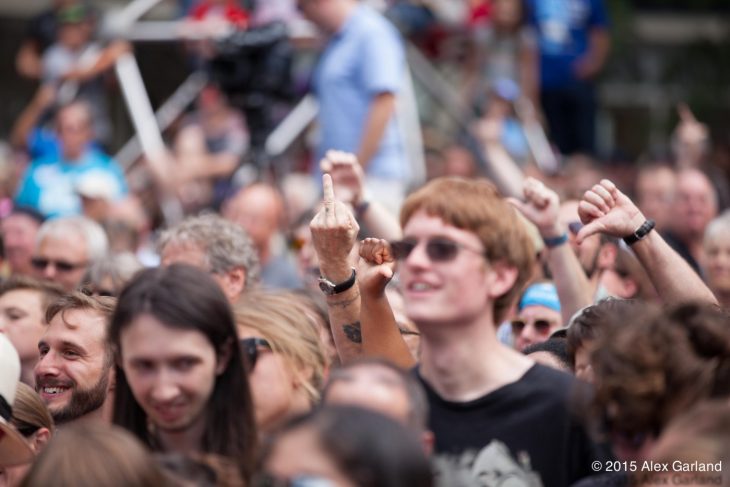 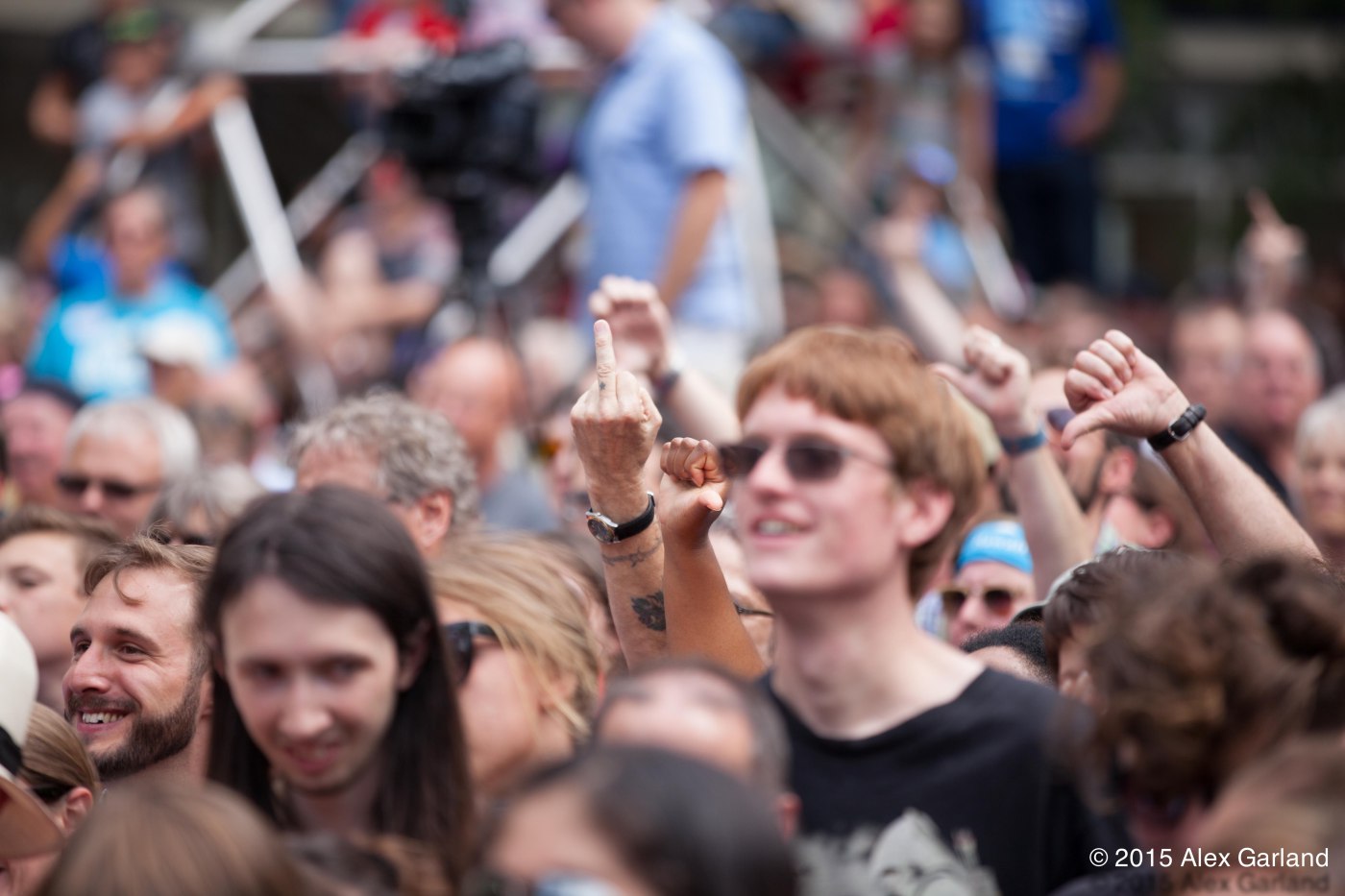 Chances are you have an opinion about the Black Lives Matter disruption of the Bernie Sanders event at Westlake last Saturday. Maybe you’ve argued yourself hoarse about it with friends or Facebook acquaintances or maybe, like some of my black friends, you’re still speechlessly reeling from the ugly backlash with its troublesome racial dynamics and inherent power imbalances. If you’re wondering where I stand, I cosign this article by Seattle treasure Ijeoma Oluo, or this one by Monique Teal, both women of color whose perspective is ardently needed. On the white ally side of things you could read this piece by city council candidate Jon Grant that properly places the action in a historical context or this blog post by “Teacher Tom” that’s honest, questioning, heartfelt and white in the best possible way.

As a comic my natural enemy is the heckler, so you might think I’d fall staunchly in the anti-interruption camp. But as a crackpot political commentator I love it when someone drops a turd in the punchbowl of moderate white liberal back-patting parties, though I realize that’s an acquired taste.

The events of last Saturday have been analyzed and parsed more eloquently and painstakingly by others. My contribution to the discussion is a story from my life in comedy, where I’ve learned a few things about the mob mentality.

When I was recording my album for Uproar at the Comedy Underground last year, a drunken asshole repeatedly derailed the Saturday late show by shouting heckles, interjecting randomly at inopportune moments even after repeated announcements that this was a live taping. Eventually—halfway through the last set on the most high-pressure weekend of my career thus far, for which the label CEO and his Grammy-winning engineer had flown in—the heckler was 86d at my request after I blasted him from the stage. Then his mortally embarrassed fiancé chimed in to defend her man and was also dispatched.

They had effectively ruined my chance of using that particular show’s performance for the album. I was livid.

The something happened that’s not unusual in standup: after the show all my friends who came to support me said, “That was awesome how you lit into the heckler! Shit got real!” It was the most memorable part of the evening for them. They weren’t upset; they enjoyed watching the whole infuriating debacle play out, probably more than if I’d been able to deliver my jokes uninterrupted (as I had in the early show, thankfully; the album will be out soon). I got bigger laughs from skewering the hecklers than from any of my prepared material, and the audience was even more on my side after that. We all trauma-bonded, emerging slightly rattled but energized.

Now imagine if we could approach something that actually matters—shit getting real at a political rally—with the same openness and curiosity as my friends displayed when they delighted in watching my set get ruined for posterity. Imagine if we could countenance the public shriek of people with genuine, urgent concerns as readily as my friends tolerated a couple of drunk, selfish jerks. There’d be more shared humanity all around, more memorable moments. As a comic I can’t condone every disruption, but as an American living in an era of deep political corruption, I relish when shit gets real.

Sanders protest photo by Alex Garland. Check out his other photos of the rally here.