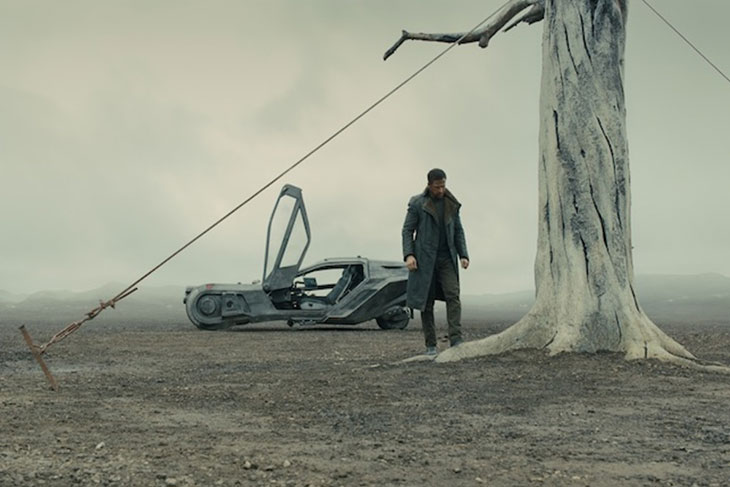 Jan. 16
Happy Death Day
Christopher B. Landon’s (Paranormal Activity: The Marked Ones) bloody spin on the classic Groundhog Day-premise tells the story of a college student who wakes up every morning on her birthday and every evening gets murdered by an individual in a baby mask. Desperate to end the loop, she must live the day over and over again to unmask her killer. What has the potential to be a repetitive, predictable slasher maintains an entertaining mix of darkly witty Kevin Williamson-esque dialogue and suspense. —Emalie Soderback

Blade Runner 2049
This sequel has just as much—if not more—absurdly portentous, meticulously designed hypno-drone than its progenitor, but it also upends the original’s legacy. A person who might be a machine is swapped out for a machine terrified by the idea that he might be a real boy. A world we last saw oppressively teeming with overpopulation is now desiccated, nearly dead. Memories that made these beings closer to humans now render them slaves to that fabricated humanity. —Matt Lynch

Jan. 23
Chasing the Dragon
Donnie Yen and Andy Lau pair up for the first time in this corrupt cops-and-mobsters drama from the extraordinarily prolific Wong Jing. The plot is loosely based on a real-life gangster named Crippled Ho who, in the late 1960s, became one of Hong Kong’s top drug lords with the help of a dirty cop named Lee Rock. —Spenser Hoyt