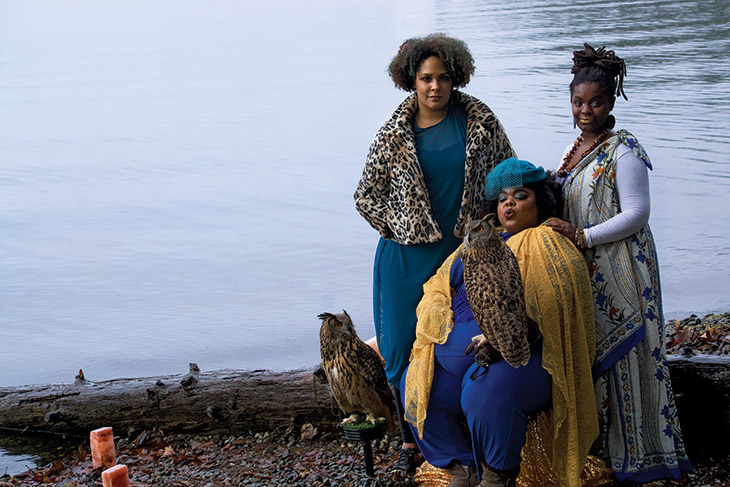 Whether you’re a hardcore patron, casual collector or just in it for the aesthetic stimulation, touring the art fair and the whirlwind of satellite art world happenings is a must.

SEATTLE ART FAIR, Aug. 2–5
The fourth iteration of Seattle Art Fair brings more than 100 galleries from Seoul to Milan, including New York blue chips like David Zwirner and Gagosian, and local favorites such as Greg Kucera and Linda Hodges. Nato Thompson, the fair’s 2018 artistic director, focused on programming that gets at the root of the city’s identity, covering topics that range from Native perspectives to robotics.

studio e: 1 Room
If you’re looking for a sampler of cream-of-the-crop Northwest artists who may not be repped at the fair, this massive group show is a stone’s throw from CenturyLink. Hung floor to ceiling, recalling the style of the Salon des Refusés, are works by Emily Gherard, Dawn Cerny, Robert Hardgrave, Alfred Harris, David Hytone, Andrea Heimer, Fay Jones, Paul Komada, Jeffry Mitchell, Whiting Tennis, Polina Tereshina and Robert Yoder. Bonus: a golf cart shuttle for a quick commute if your feet are sore.

Inscape Arts: The High Wall / This Noble Work
The exterior of this massive hive of artists studios is illuminated by projections featuring the work of artist/activist Tracy Rector. The videos will be visible after dark, with a small reception on the southwest second-floor porch of the Inscape building on Sunday, August 5, 8–11 p.m. Also check out some highlights of Seattle’s neon renaissance at This Noble Work, a show of 10 artists curated by Tania Kupczak, featuring experimental luminous pieces by pros like Kelsey Fernkopf, Koko Jamison and Kristen Ramirez.

CoCA: Gary Hill
Center on Contemporary Art presents Linguistic Spill ([un]contained) by Seattle’s own internationally acclaimed pioneer of video art Gary Hill. The piece is an offshoot that “spills” and spins off from his current installation at the Museum of Art, Architecture and Technology in Lisbon, Portugal, and CoCA’s gallery space will be enveloped and submerged in projections, reverberations and “organic electric light forms.”

Oxbow: Dylan Neuwirth
Central to Dylan Neuwirth’s latest exhibition GENERATIONS is an illuminated, symbol-clad, 27-foot telecom tower installed in the Oxbow courtyard. Channeling Neuwirth’s dark humor and showcasing his prowess as a fabricator, the structure aims to function as a hate-jammer broadcasting good vibes to “metabolize the negative wavelengths we exist in everyday into something positive, transformative and real.”

PLUS!
CHILL: a City Arts afterparty
Thursday, Aug. 2
9 p.m. at AXIS and the Cellar at Nordo
Join us after First Thursday’s Art Walk and opening night of Seattle Art Fair for the summer’s biggest art soirée. We’re taking over two spaces at 1st Avenue and Main Street to bring music, interactive art and a few surprises.
Tickets $20, free for City Arts members