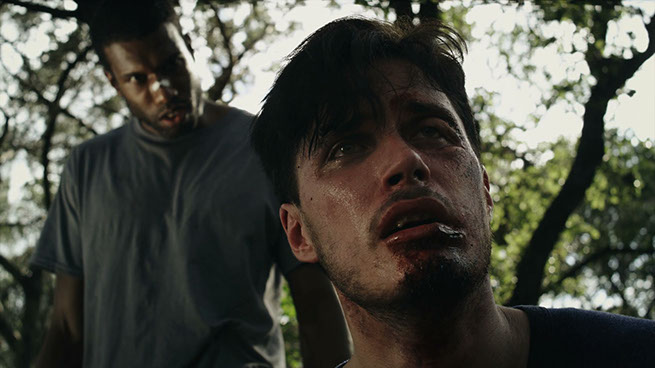 One of the most telling signs of a robust regional film industry is how many genre films rise from its talent pool. Not mainstream Hollywood’s gargantuan, overstuffed variants on formula flicks, mind you: We’re talking about tight, well-made low- to mid-budget features—action movies, westerns, horror flicks and the like—where filmmakers with an affinity for a genre tell direct stories with passion and vigor.

Quirky indie dramas and comedies have been the principal calling card of Northwest-grown cinema for the last decade. But a combination of movie-making technology’s current ease and a new guard of genre-minded local directors, writers and producers has lent variety to the Northwest filmmaking scene.

Local directors John Portanova and Joey Johnson snagged plum Seattle International Film Festival screenings with a horror film (Valley of the Sasquatch) and a paranoid conspiracy thriller (Paralytic) respectively. Even Megan Griffiths, one of the Northwest’s brightest directorial lights, knows the value of putting a personal spin on genre film. Her masterpiece Eden is a taut kidnapping thriller that weds genre tropes with elegiac artistry and her 2016 SIFF entry The Night Stalker, a fact-based feature about serial killer Richard Ramirez, displays the pulp concision of a good B-movie (that’s a compliment).

Add writer/director Julian Beltran to the current list of the Northwest’s promising genre filmmakers based on 3 Days, the Seattle-based filmmaker’s latest effort. (We’ll give the fact that it was shot in Texas a pass). It dwells within the confines of genre—in this case, film noir mixed with Tarantino-style gangster action—but it stirs those and other familiar formula elements together with enthusiasm and craft.

Like the basic setups for a lot of good genre movies, 3 Days’ storyline can be summed up in a simple high-concept pitch—Memento meets Groundhog Day, with a bit of Pulp Fiction for good measure. Jeff (Johnny Walter) wakes up one day with his memory completely wiped clean, at the desk of an office mole named Homer (Karl Anderson). Homer, as it turns out, is a sort of case worker for the recently departed in the afterlife. Jeff is, of course, dead, but he’s being given the opportunity to relive the last three days of his life in an effort to find redemption. As amnesiac Jeff traverses those 72 hours, he learns that redeeming his crime- and violence-spattered life is a tall order.

Genre films that patch a lot of different stylistic touchstones together don’t always get all of those touchstones right, and 3 Days is no exception. The Bureaucracy of The Great Beyond intro, amusing as it is, isn’t really necessary, and Mr. G (Dimitrius Pulido), the movie’s big bad guy, is more a vehicle for scowling than an interesting presence. Your mileage may vary depending on your tolerance for formula exposition sometimes, too.

Fortunately, much of 3 Days clicks, and nicely at that. Walter’s Jeff makes for a dark and affectingly haunted hard-luck case, and there are a bunch of fun supporting characters around the peripheries. LeMarc Johnson and Dave Pantano may be obviously Tarantino-inspired thugs, but they’re also genuinely funny and distinctive in their own right. And Beltran’s decision to make the movie’s scariest peripheral villain (well played by Michael Hanken) a middle-aged yarmulke-wearing Yiddish man is a gamble that works. There’s even an aphorism-spouting blind guy (Al Bianchi) whose appealingly quiet, amused and amusing monologues lilt and snap with some really tasty pulp dialogue.

Best of all, Beltran is fully invested. He navigates things at a brisk pace that remains involving throughout, delivering some appropriately gritty flourishes of action, violence and seediness. And while chronology-juggling movies have become a cliché over the last 20 years, this variation on that trope carries more than enough momentum to keep you absorbed to the end.

Beltran finishes his film on a pretty sentimental note, tinged with a good old-fashioned dose of noir fatalism. Again, your mileage may vary depending on your affinity for the familiar elements on display. But from this corner, 3 Days serves as a great example of how to do genre right. You don’t need to reinvent the wheel, as long as the one you’ve got spins really, really well.

3 Days plays the Local Sightings Film Festival at the Northwest Film Forum this Friday, Sept. 30. Tickets are available at http://www.nwfilmforum.org.