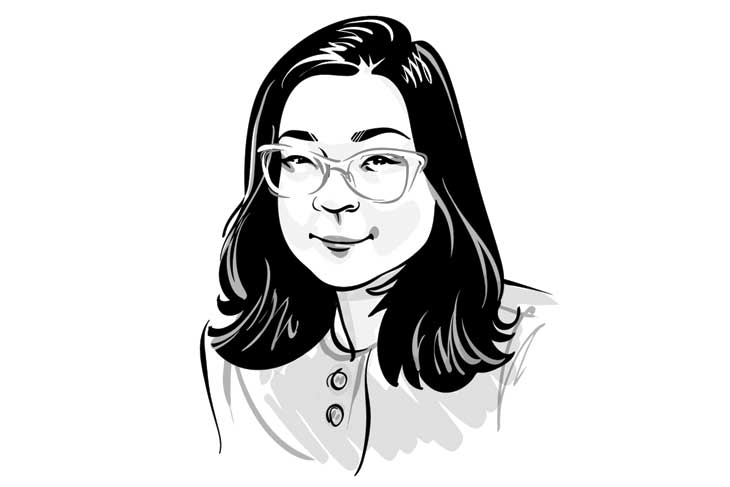 For theatre fans like me, few things are as exciting as chatting with a playwright early in their rise. Seayoung Yim’s Do It for Umma, about a young Korean woman avenging her dead (but nonetheless very present) mother, premiered at Annex Theatre in 2016. It was her first full-length play, and the run sold out. Now, Yim re-teams with Umma director Sara Porkalob on her second play, Persimmon Nights, in which Porkalob also performs, premiering this month at Café Nordo. Set primarily in the fictional Persimmon Grove nightclub in 1960s Los Angeles, the story hinges on an ambitious Korean immigrant, his lovers, mistakes, debts and family legacy, all set to the music of an all-girl pop trio, the Kimchi Kittens.

Do it for Umma was such a hit, I was surprised when I learned it was your first full-length play. When did you start playwriting?
Five or six years ago. I took a playwriting class with Stephanie Timm and she changed my life. Stephanie is the one who suggested I write a revenge tragedy, kind of like my version of Hamlet, which was Umma. Of course, with my version, it was going to be with Korean people, and the empire is the convenience store that a family owns, and then next door is the dry cleaners. I grew up in a convenience store, with a dry cleaners next door.

Tell me about the origins of Persimmon Nights—was it always conceived as a Nordo show, integrating food and music?
Yes, but I wrote it as a straight, full-length stage play first. As for the origin, In the Mood for Love is a Wong Kar-wai film set in Hong Kong in 1962, super beautiful and luxurious but vintage, and it has two Asian leads in this romance story. I’ve always loved old movies, but you never saw Asian people unless they were the enemy or something. So I was always really drawn to that vintage look and I wanted to do something about LA. I didn’t grow up there, but that’s where I was born and where I’d visit my Dad, so I also wanted to do a story based loosely on him, his personality. He always seemed to live really glamorously.

I was also learning about Korean singers that came to the U.S. in those days, who toured and then disappeared into obscurity. The most famous were the Kim Sisters, and although we’re calling them the Kimchi Kittens in this play, the Kimchi Cats really did exist. They were on Johnny Carson and they toured, they opened for Jimmy Durante and met Frank Sinatra. In my bubble, with Korean immigrant stories and in what my parents talked about, there’s a lot of emphasis on trying to be successful, or wealth, or markers of wealth. But there are also so many stories of people losing everything. My dad was always like, Oh, my friend, he owned a department store and then he lost it all, then he had a heart attack and then he died! Everybody dies penniless on a golf course or something. [laughs] That’s what I grew up hearing, but I never really had the full story and my [Korean] language skills aren’t great, so I felt like an outsider looking in as well.

Is autobiography a good starting place for you as a writer?
Yeah, I’d like to get away from that eventually, because sometimes I’ll be like, am I just exploiting my family? But it’s all stuff that I couldn’t figure out, or nobody would tell me answers, or it’s too painful for them to talk about. So, I’m just imagining. I start with what’s happened emotionally or things that confuse me, and then try to make it make sense.

Music is obviously a huge part of Persimmon Nights. What can you tell me about what we’ll hear?
After years of searching, I finally found some Kimchi Cats songs on iTunes. A lot of their songs were covers, like they did a cover of “Tonight” from West Side Story that’s part Korean and part English. So, there are songs that they translated into Korean; they sing in Spanish, too; and they also have “Tennessee Waltz.” It’s what was popular in American culture in those days.