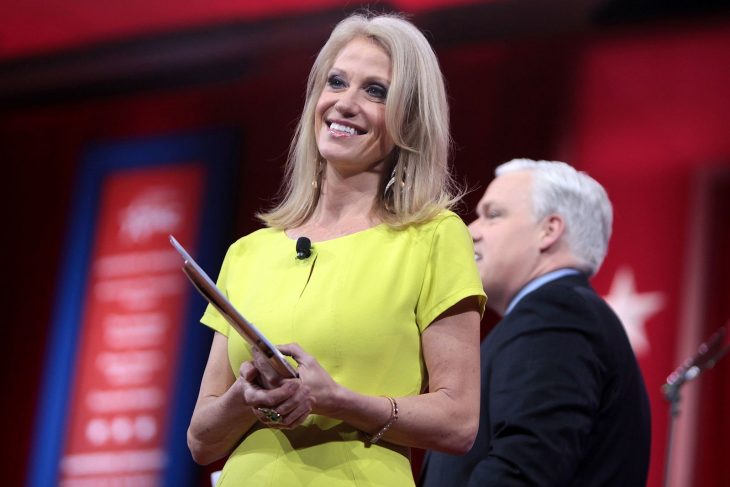 In the past 24 hours a half-dozen friends have forwarded me the link to fascism doula Kellyanne Conway’s recently exhumed 1998 standup set, passing it along briskly in the manner of one who discovers something rancid in the back of the refrigerator and urges a friend, “smell this.” As a standup comic, columnist and frequent political commentator I feel duty-bound to weigh in on this important topic.

First, I must make it clear that I have respect for anyone who attempts standup, regardless of political persuasion. Occasionally I’m approached after shows by some rando from the audience with overdeveloped self-esteem who got the idea in their head that they’re the “class clown.” Often these will be the same people who talked and heckled through my set, jealous of the spotlight.

“Everyone I work with tells me I should become a comedian,” they say with a smirk, mentally envisioning how much funnier they’d be onstage than me.

I always wholeheartedly encourage these folks to give standup a try. It’s a simple calculus: If they find out they’re good at it and decide to pursue comedy as a career, great! More joy and laughter in the world. If they find out that they suck—the more likely scenario—at least they got a glimpse at just how damn difficult it can be to make a roomful of strangers laugh. Thus rebuked, maybe now they’ll go through life with a newfound respect for the craft, plus the humility that comes from realizing one’s limitations. At a bare minimum, perhaps they’ll think twice before they heckle again. 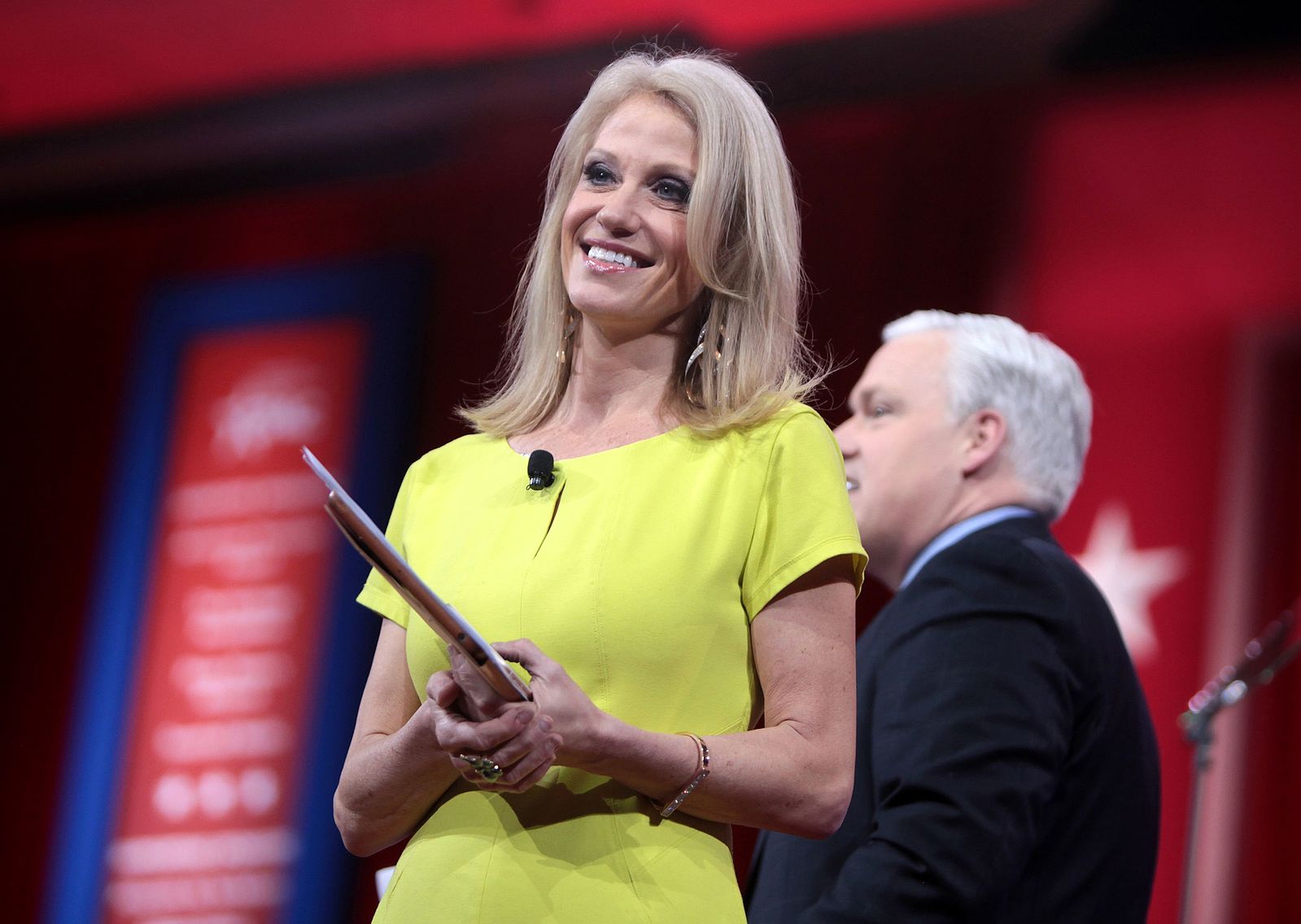 I have no doubt that Conway is one of these hyperconfident twits convinced of their own cleverness by paid subordinates. Nevertheless, I’ve got bad news for everyone who thinks Conway’s standup set was the worst thing that’s ever happened to comedy: It’s not that bad. In the context of all the truly horrible first sets I’ve witnessed in the past decade, I’d put Conway’s in the 60th or 70th percentile. Above average. I’ve sat through far worse.

Of course, the material is hack, hack, hack. The entire set is a string of clichés, repurposed street jokes (brazen plagiarism is practically a requirement in the Trump administration) and smirking Beltway insider references. Whenever Conway seems about to stumble into a glimmer of self-awareness she doubles down on the obvious; blondes are dumb, cable TV “pundettes” such as herself are skinny and fashion-obsessed, everyone hates lawyers. She has nothing original or genuinely amusing to offer, she can only repackage tired tropes and hope that you recognize them as “comedy.” Like every born hack in the world, she’s gutting it out with charm and self-confidence.

There is one interesting moment that foreshadows Conway’s future star turn as Ilsa, She Wolf of the SS. At around 2:45 she references one of the other fundraiser participants, the centrist Jewish political scholar Norm Ornstein, saying, “How could someone named ‘Norm Ornstein’ be funny? Norm Ornstein!” She enunciates his dastardly Semitic name for comedic effect. The crowd is silent.

Despite the thoroughly mediocre mind revealed by Conway’s shot at standup I must give her a passing grade for one simple reason: She keeps a game face the entire time. Even though she’s bombing—the crowd reaction runs from weak laughter to stone-cold silence—you never see it in her face. She looks like she knows what she’s doing; if you were to turn off the audio you might assume she’s having a good set. Even when she pulls rookie blunders like fumbling the setup and stepping on the punchline, the overall impression is of someone having a good time up there.

She closes by donning a feather boa and singing an a capella song that is so asinine you’ll get goosebumps, maybe even blush sympathetically on her behalf. But her face registers not a flicker of self-doubt. Like everything associated with Trump, she is totally proud of herself for sucking so bad.

Conway commits. She doesn’t plod through her insipid material tentatively like the average open miker; she gets up there and she sells it. This is a sign of promise for a fledgling comedian but a horrifying quality to behold in someone whose day job is publicly justifying the berserk policies of a death-worshipping narcissist. I’d much prefer the hack amateur comedian. Do us all a favor, Kellyanne: Quit your day job.