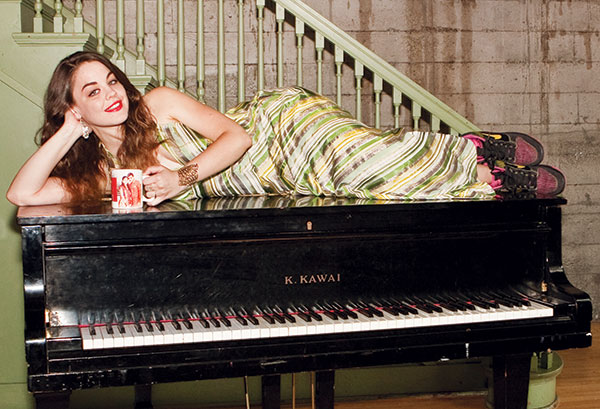 WHO Courtney Sheehan, 25-year-old program director at Northwest Film Forum. Born in small-town Ohio near the Erie Canal, Sheehan was bit by the film-programming bug five years ago while working on the Children’s Film Festival Seattle at NWFF. From there, she traveled the world from Austin to India, chasing film festivals and studying the structure, community roles and strategies of 20 international festivals and media centers.

OLD-FASHIONED FUTURE “We’re a community space where people come together to participate in the public sphere the old-fashioned way—by exchanging real voices and facial expressions in response to art. It’s imperative to offer a space to the community and encourage IRL the three Ds: discussion, debate and dancing.”

THE LOOK “Most of my clothes are fashion sister hand-me-downs. One of my many siblings is a designer who’s worked for Carhartt and Express and is an expert thrifter. Other than that, I wear the same pair of Banana Republic jeans via Value Village 3–5 days of the work week, and my favorite shirt says “I’m a Fermata. Hold Me.” Never have I ever purchased an article of clothing online. Years ago I had this neon green baseball cap that said ‘8% Just do it’ but no Nike swoosh. I miss that hat.”

NEXT This month at NWFF Sheehan offers a series of Polish masterpieces hand-picked by Martin Scorsese (July 7–11); Digitally Rendered Mind, a program that wrestles with the aesthetic resonances of digital property debates (July 12); and PNW music video showcase videOasis, presented with City Arts and 12toRain (July 24).