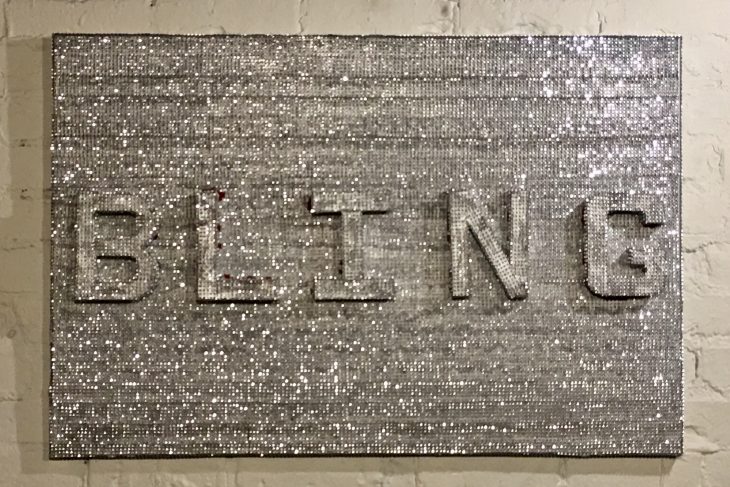 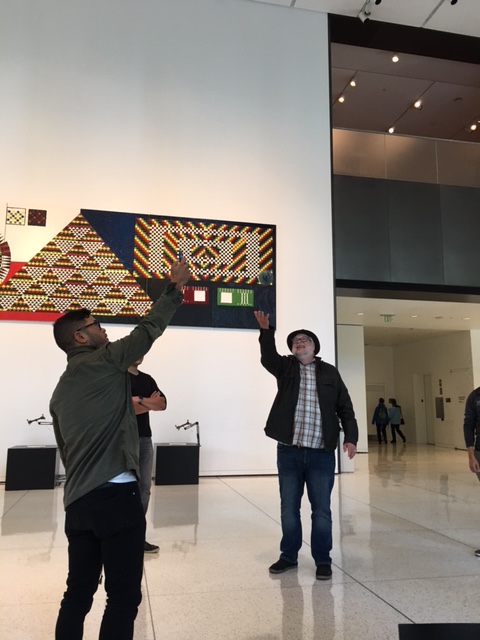 Seattle artist Ginny Ruffner is best known for her 30-foot-tall, kinetic water feature, The Urban Garden, located at the corner of 7th Ave. and Union. The sculpture is unmissable with its spinning, metal yellow flowers, blossoming bluebells and cherry-red water can that tips water into an oversized flower pot. Completed and installed in 2011, it harkens to Ruffner’s decades-long body of work in glass, which includes objects like rainbow bouquets of delicate glass flowers, bundles of flora intwined with test tube-like profusions or disembodied, gesticulating arms or hands or bulbs spilling out of fragile, translucent wicker baskets. Pieces like this, as well as her large-scale installations, are on display at many major museums around the world. Her public art, often riffing on similar themes of flora and fauna, has been commissioned by the Phoenix Arts Commission, Detroit Symphony Hall and Bellevue Convention Center, among others.

But that kind of work is nothing like what she’s making these days. In the past few years, the 64-year-old artist has turned to augmented reality (AR) as her medium of choice. The leap seems like a non-sequitur from the tried-and-true, glossy, oversize foliage she’s best known for.

This weekend, Poetic Hybrids, her most recent project, opens at King Street Station as part of the 9e2 Festival, an arts and technology event spearheaded by John Boylan and a group of local curators and arts administrators to reimagine the 1966 phenomenon called 9 Evenings: Theatre & Engineering. The historic festival was sited in New York City and intended to generate a series of aesthetic mash-ups by dozens of engineers from Bell Labs and artists like Rauschenberg, choreographer Yvonne Rainier and composer John Cage. Fifty years after those groundbreaking collaborations—many of which produced technology that continues to be used—Ruffner’s piece follows a similar train of thought, inspired by genetic research and the loose notion of combinations, pairings and creation. To her, this leap from concrete materials makes plenty of sense. It’s yet another way to explore shared experience—but on a virtual plane.

As a collision between science and art, Poetic Hybrids is both a game and laborious effort combining the concerted effort of 3-D digital modelers, animators, artists and random public participants. Visitors chose a pair of words from a selection plucked by Ruffner from interviews conducted with genetic-research scientists. The juxtaposition of those words turns into a description of a bizarre thing or idea that the modelers will then render on-site. It’s a kind of syntactic wordplay—like a Surrealist game of exquisite-corpse. Except the result, absurd or not, isn’t a poem or sketch. It’s birthed as a virtual, holographic object that can be uploaded to your device and digitally exist alongside real things in the material world.

Over the course of two days this past September, the project debuted at Seattle Art Museum. After making an appearance at King Street Station as part of 9e2 on Oct. 21 and 29, Poetic Hybrids will show at venues including Cornish College of the Arts, University of Washington (Genetics Dept.), the Institute for Systems Biology and HudsonAlpha Institute for Biotechnology. Ruffner took some time to answer my questions about this departure in her artistic practice.

When you say this project is inspired by interviews with genetic-research scientists, did you have a part in conducting those or did you just encounter them?
Yes, I actively sought these connections. I was an artist-in-residence at HudsonAlpha Institute for Biotechnology in Jan. 2015, and then a visiting artist at the Institute for Systems Biology in 2016. These connections arose from a 2014 exhibition of my Asthetic Engineering bronze sculptures (also at the Bellevue Arts Museum in 2010), which are my artistic experiments with genetic modification.

So you just cold called them?
No, when I went to Huntsville for the museum show opening, I was taken to HudsonAlpha to visit because all the work in the exhibition had genetic underpinnings. The residency stemmed from mutual interest. 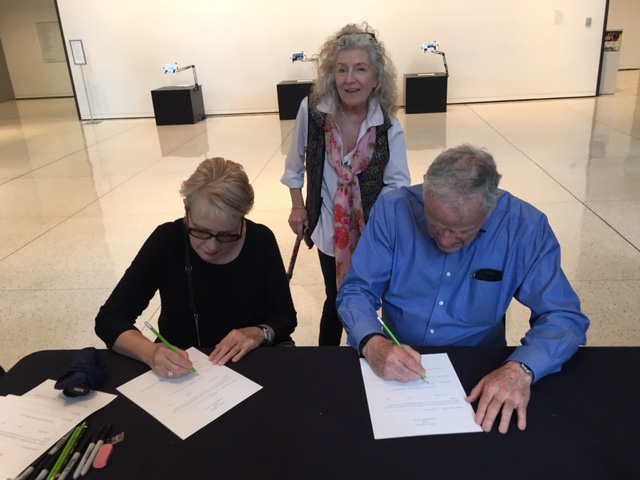 What about genetics relates to your work?
I find many parallels between genetic modification and art-making: curiosity, willingness to experiment and the contradictory combination of trepidation and fearlessness.

What and when was your first experience with augmented reality?
My first experience with augmented reality was at Magic Leap, a Florida tech firm. They sought me out at the recommendation of someone they admire and flew me down there to tell them what an artist might do with their technology. The reason it captured my imagination is I’m really enamored with potential, and AR is all potential at this point. I remember thinking, Wow, just think what one could do with this! It was not like anything I’d ever seen. It changed my life. I came home and began changing my art practice. 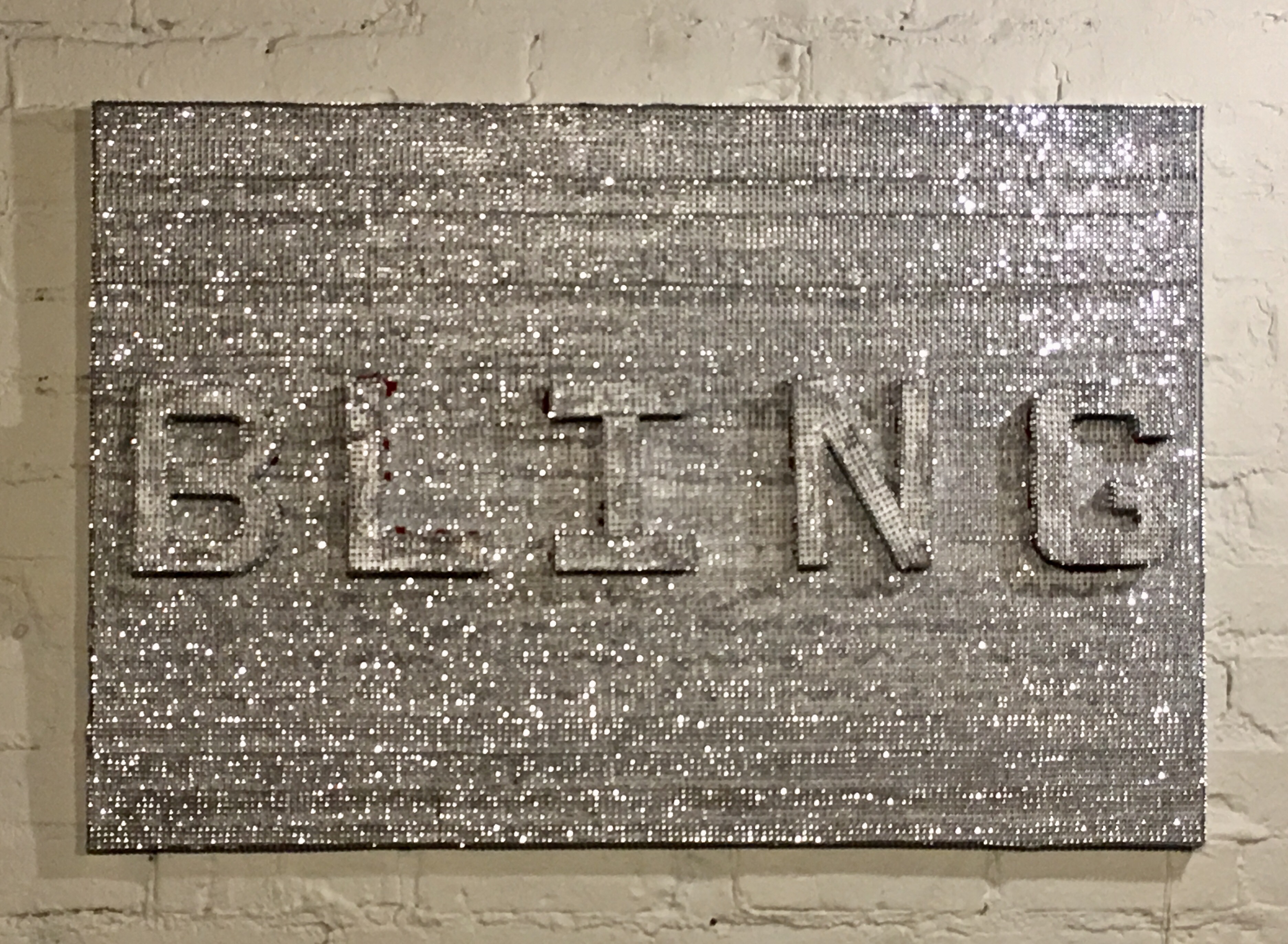 There’s an obvious link between the basic interactivity between artist and public in your public work…
This experience is interactive because the viewer has to participate by pointing a viewing device (a phone or tablet) at a target, which, by using pattern recognition, causes a hologram to deploy on the target. The experience can only exist through the interaction of the viewer’s will to see the holograms and a device to make the creations visible. Again, that’s where the technology is today. I’m sure that it will be different in six months.

AR is quite a departure from, say a bench or sculpture.
To me AR is the logical next step in my art-making. For years I have made precious objects for a wealthy few or public art for those in physical proximity. With AR I can make art that can be shared on the Internet for free. Also, there is something about the physicality of an AR image that blurs the line between physical reality and conceptual existence that I really like. 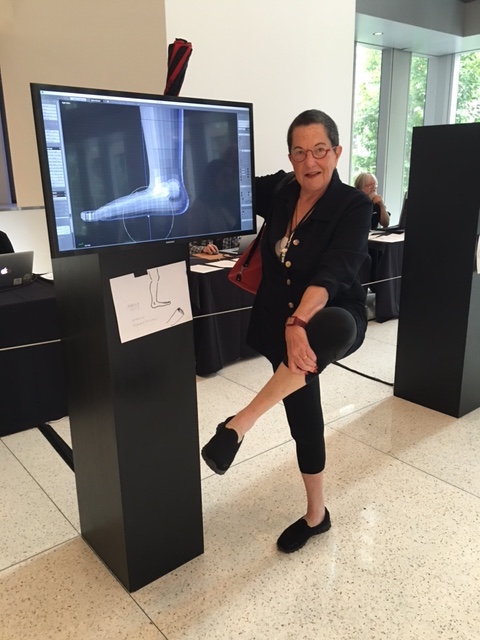 Do you think AR edges toward or has a component of the private as well?
It could be insular and become a very private experience, or it could shared by a stadium full of people—that’ll depend on the artists and if they can take it beyond the initial “wow” experience. By sharing this art on the Internet, it becomes more public. In the Seattle Art Museum Poetic Hybrids event, the public experience was all about sharing.

So the project is designed to be experienced in the company of others, where physical presence is a component of the overall experience?
Physical presence was necessary, since Poetic Hybrids was dependent on hyper-local crowd sourcing for both inspiration as well as creation.

Will each sculpture continue to live in an app or online where others continue to create hybrids splitting off, indefinitely?
Currently the sculptures live on our website poetic-hybrids.tumblr.com, where they can be downloaded in 3D. We are working on an app for the future.

I know a number of artists in town who’ve been pursuing this technology for a few years, and they’re all in their mid-late 20s. What do you think of your age and experience contributing to/influencing your development of AR projects?
The two most motivating passions of an artist are curiosity and wonder. There’s a lot in AR to be curious about and to want to experiment with. For me anyway.

Photos of the event at Seattle Art Museum provided by the artist.