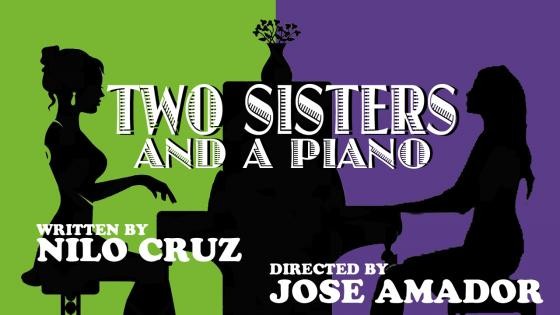 A world-premiere play with music by New York-based playwright Tod Rainey, Ghost Light is “an existential exploration of the surreal horrors of real life.” Catherine Wraith, the matriarch of a struggling Irish Traveler family, is a woman trying to hold a show, and her family, together, as her grip on reality slips further and further away. Early audition notices for this show listed it as “an interactive/immersive theatrical adventure in the style of Sleep No More,” though current info is more elusive. We’ll just have to wait and see how it plays out at Annex.

Cuban American playwright Nilo Cruz, a 2003 Pulitzer winner for his play Anna in the Tropics, centered this earlier work on two Cuban sisters under house arrest thanks to elder sister Maria Celia’s politically dissident writings. Now that the two have been upgraded from jail to home confinement, Maria Celia takes some solace in hearing excerpts from letters from her husband in America—read by her jailer, despite the fact that the Castro regime has confiscated them—and the younger Sofia finds relief in playing the piano. José Amador directs

Café Nordo’s fall mainstage show, written by Nordo cofounder and producing director Terry Podgorski, ensconces its audience-diners inside a forgotten wing of the Natural History Museum, where “a group of self-styled occultists come to table to unleash a macabre power.” This time around, Nordo’s signature combo of artfully intertwined food, theater and music is infused with stylistic nods to Christopher Guest and Joss Whedon, to create an experience that is terrifying, hilarious and delicious.

Fantastic.Z Theatre presents this play by Madeleine George, “a lesbian sex comedy about the perils of monogamy, certainty and academic administration” and a 2011 finalist for the Susan Smith Blackburn Prize which honors work by female playwrights. At the heart of this screwball comedy is Dean Wreen: Her college is in a bad financial way, a plan to close its all-but-forgotten natural history museum is creating unexpected drama and her ex-lover is currently staying with her, which is causing drama of a more expected variety between Wreen and her (much younger) girlfriend.