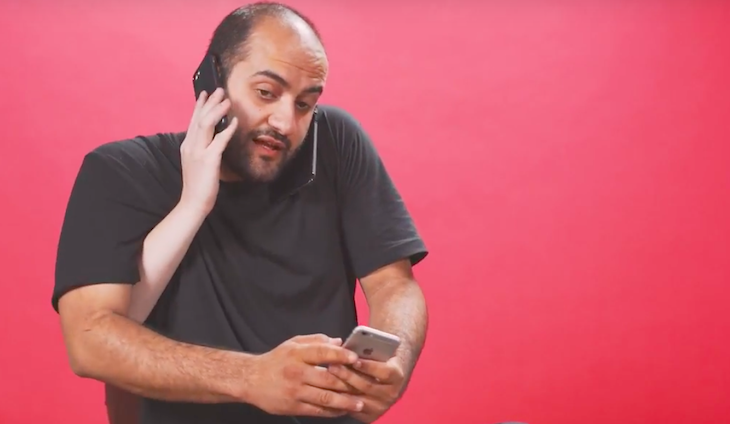 Spoiler alert: Despite its sexy/creepy title, “Get You Alone” is not a love song. It’s far more interesting than that.

The song demonstrates Golden Idols’ knack for musical misdirection. They’re very good at coming up with that surprising twist—lyrical, melodic, tonal—that adds meaning and mystique to their surf-psych sound. Their 2017 album Holy Smokes! began taking steps further afield from their rather conventional 2015 debut, and their music videos have always demonstrated an alluring sense of humor and self-awareness. But “Get You Alone” finds the quartet stepping fully into the light (darkness?). Between Patrick Broz’s smart-sad lyrics and Eric Peterson’s roaring, feedback-warped guitar the song establishes a sincere-and-sinister ambiance. The rhythm section lays down a throbbing beat as the band moves through sonic chapters and the song becomes positively addictive.

The video is equally rich; at least as rich as a no-budget production shot on monochrome seamless can be. Director Hunter Boen and the members of the band unearth clever novelty and even a little drama from a format that could otherwise be totally flat. The whole thing is an imaginative combo of songwriting and filmmaking that we’re psyched to premiere today. Check it out, and catch Golden Idols on Saturday, Nov. 17 at Freakout Fest in Ballard.