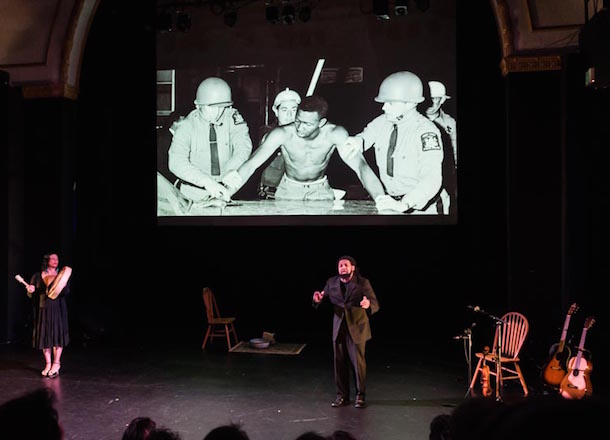 Back in early November, just before the election, 10 local artists accepted a commission to make a cross-disciplinary performance with a stranger. Their hybrid collaborations were revealed last Friday, during the first of three shows at Langston Hughes Performing Arts Institute. Individually and collectively, the pieces wrestled with issues of the day—gender, sexuality, race, humanity and the natural world among them—taking audiences on a meditative journey that began with a spiritual incantation and ended in an explosion of glitter. All in all, a moving and memorable experience.

All photos by Robert Wade

Tracy Rector and Ben Hunter
“How the Water Caught Fire” 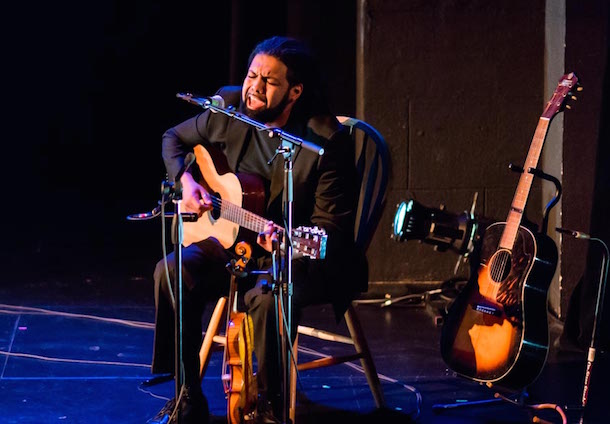 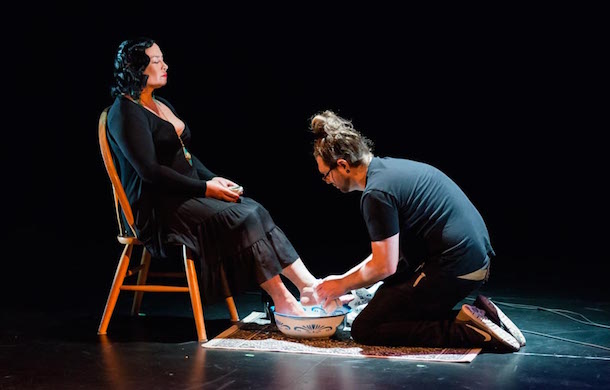 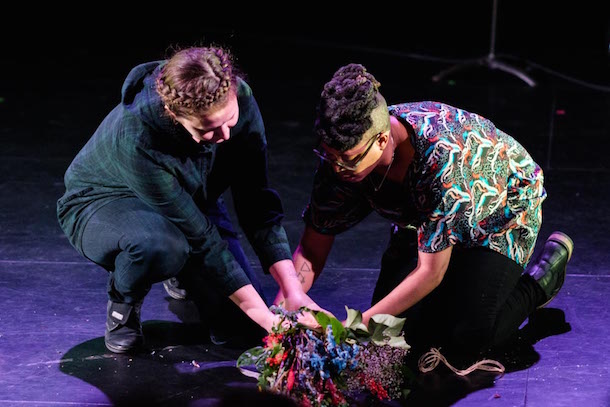 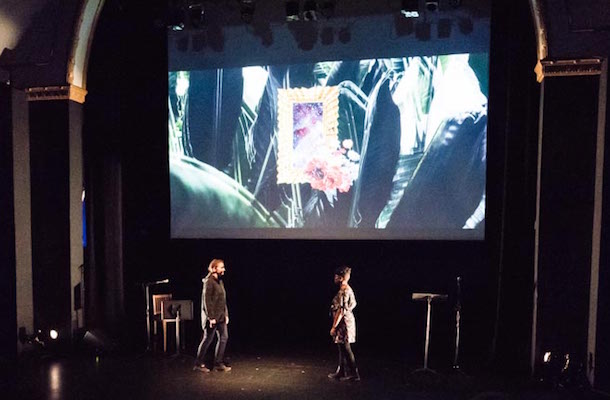 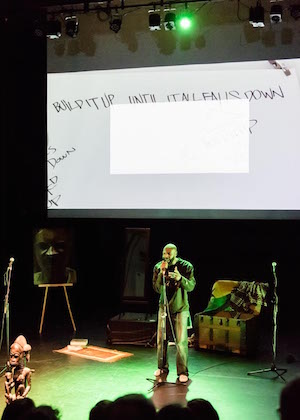 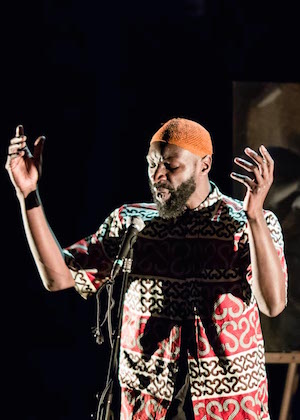 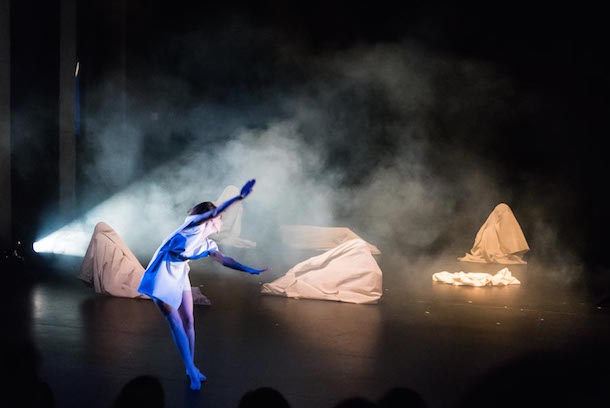 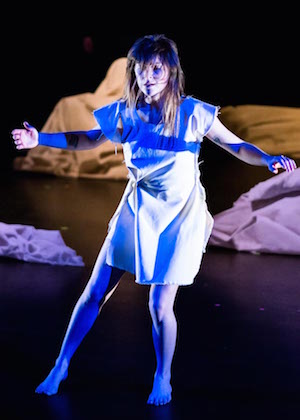 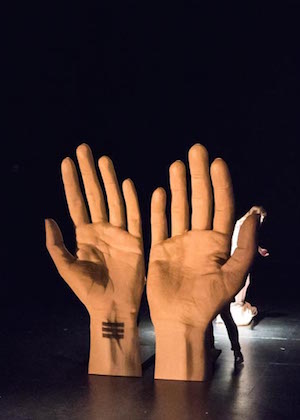 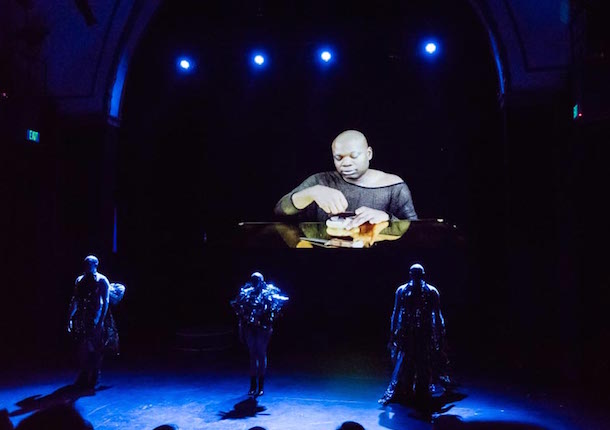 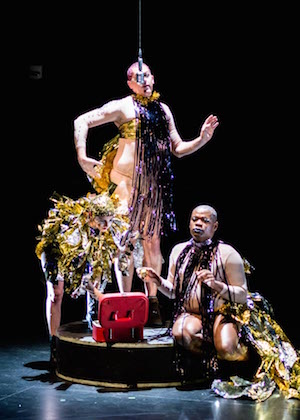 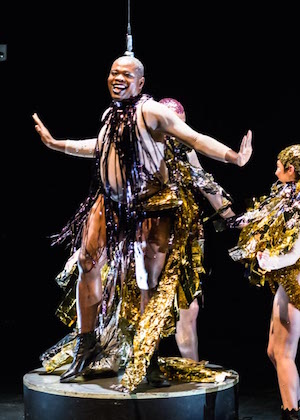 The cast and stage crew of Genre Bender 2017 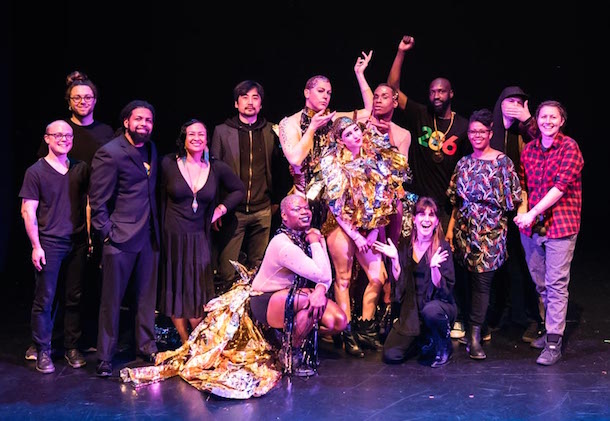