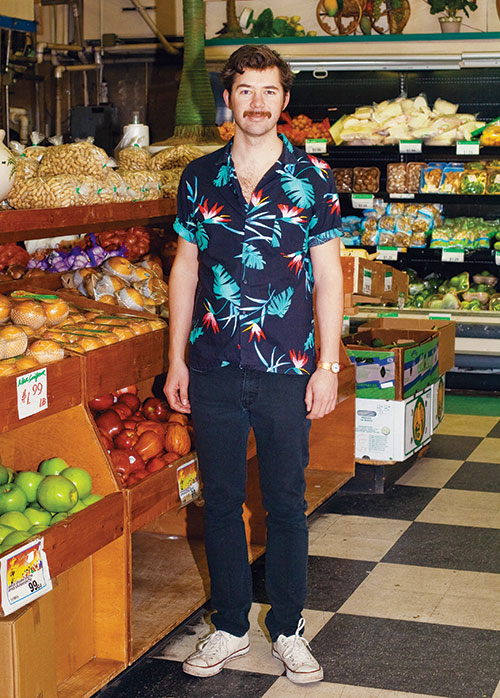 WHO Neil Ferron, the 30-year-old writer and filmmaker born and raised on Mercer Island. Ferron’s wanderlust has landed him in Dublin, Calcutta and the Bay Area, but he calls Capitol Hill home. When he’s not pursuing his own projects, he shoots Brazilian rum commercials and promos for start-up pharmaceutical companies.

THE LOOK “I tend to default to a blend of Miami Vice and ’90s dad. I feel a bit off-kilter without a bright shirt with a good number of buttons undone. A bathrobe is an amazing piece of clothing. I love slipping into a pair of Umbro shorts and going for a jog around Volunteer Park. Lots of aggressive pastels and tropical prints. I bought my first leather tie last year and couldn’t be happier with it.”

ICONS “Andy Kauffman, especially after he started wrestling women. Michael Mann in the Manhunter era. Bobby Kennedy, for the general feeling that I am a haggard version of my taller, more handsome brother. Paul Reubens. 1977 Elvis. Nancy Reagan.”

UPCOMING “In the next few years, I want to shoot my first feature film, write a novel and bounce back to writing for stage. I love the beautiful and perverse desires that humans hold inside themselves. I just want to spend the rest of my life telling stories about broken people hungry for some kind of love. Eventually, I hope to freak out, move up to the San Juans and write novels about redemption.”