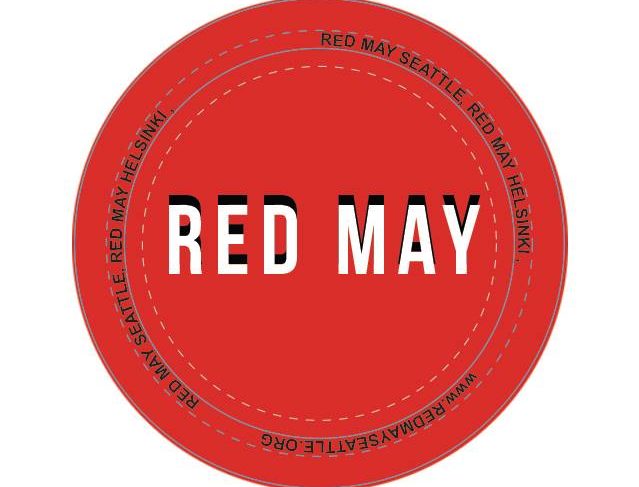 I’m sipping a cup of tea on Bellevue Avenue on Capitol Hill. Outside, a bright red truck blocks part of the street from my view, creating a Barnett Newman-esque tableau—something akin to a big, red color-field painting by the American master, framed by the windows of the coffee shop. The moment is apropos, as though Philip Wohlstetter himself orchestrated the backdrop of our interview, mimicking one of the many performances he helped stage in the 1980s as part of the art collective Invisible Seattle. Back then, Invisible Seattle hit the streets of the city dressed in white lab coats and hard hats, masquerading as “literary workers” to crowdsource the first novel written by the people of Seattle. Or they mounted happenings like the “Joe Diamond Retrospective,” an audio-led tour of Seattle’s Diamond parking lots that riffed on the crisp horizontality of white lines and the idea of sharing art by just putting a dollar in a slot.

Invisible Seattle investigated concepts of public space, authorship and political systems by injecting play into the city’s seams. Now, 30 years later, Wohlstetter aims to play with Marxism in order to soften its appearance. His new project is a monthlong leftist festival called Red May, and it starts this weekend. With a group of artists and activists, he wants to “turn Seattle red for a month.” This includes red food (apples, radishes), red accessories and getting “caught red-handed reading Karl Marx.” The festival’s intent: “Maybe we can’t move beyond capitalism by next week, but we can sure as hell take a vacation from it.”

Wohlstetter rounded up an impressive trove of speakers, such as S. Charusheela, associate professor of interdisciplinary arts & sciences at University of Washington Bothell; Glen Sean Coulthard, who writes about Indigenous thought and politics and radical social and political thought; and Alexandra Mason, a member of ANON, a Left Accelerationist thought collective “largely the brainchild of people of color” that has recently published its #AltWoke Manifesto. They’re giving a series of lectures and talks in bars and cultural spaces across the city, including Joe Bar Cafe, St. John’s, Glassbox, Northwest Film Forum and the Alice in Georgetown.

Red May launches tonight with an exhibition at INCA gallery in Queen Anne, curated by the local art collective This Might Not Work (made up of Matt Bell, Hami Bahadori, Brandon Aleson, Ross Young and Justen Waterhouse). Waterhouse and Bell joined Wohlstetter and me to talk what to expect from their programming.

Will the art, like the festival, take over the city?
Bell: There’s only one physical exhibit with work by local and international artists. Most of the works are red [both physically and politically] and made as a response to the current political situation and the festival. We’ll display all the artworks with the color red on big TVs in bookstores, art spaces and galleries around the city, on a loop. We’ll also hang posters, but it’s a way of both getting people excited and showing the work in more places.

Wohlstetter: The challenge of pulling together so much in so many different places means we don’t have as much art as we would’ve liked. Mostly the festival is staging conversations, but there are also some performances. On First Thursday, we’ll be walking around with red banners, handing out red things.

Bell: There’ll also be some galleries in Helsinki broadcasting the art video, looping in galleries. 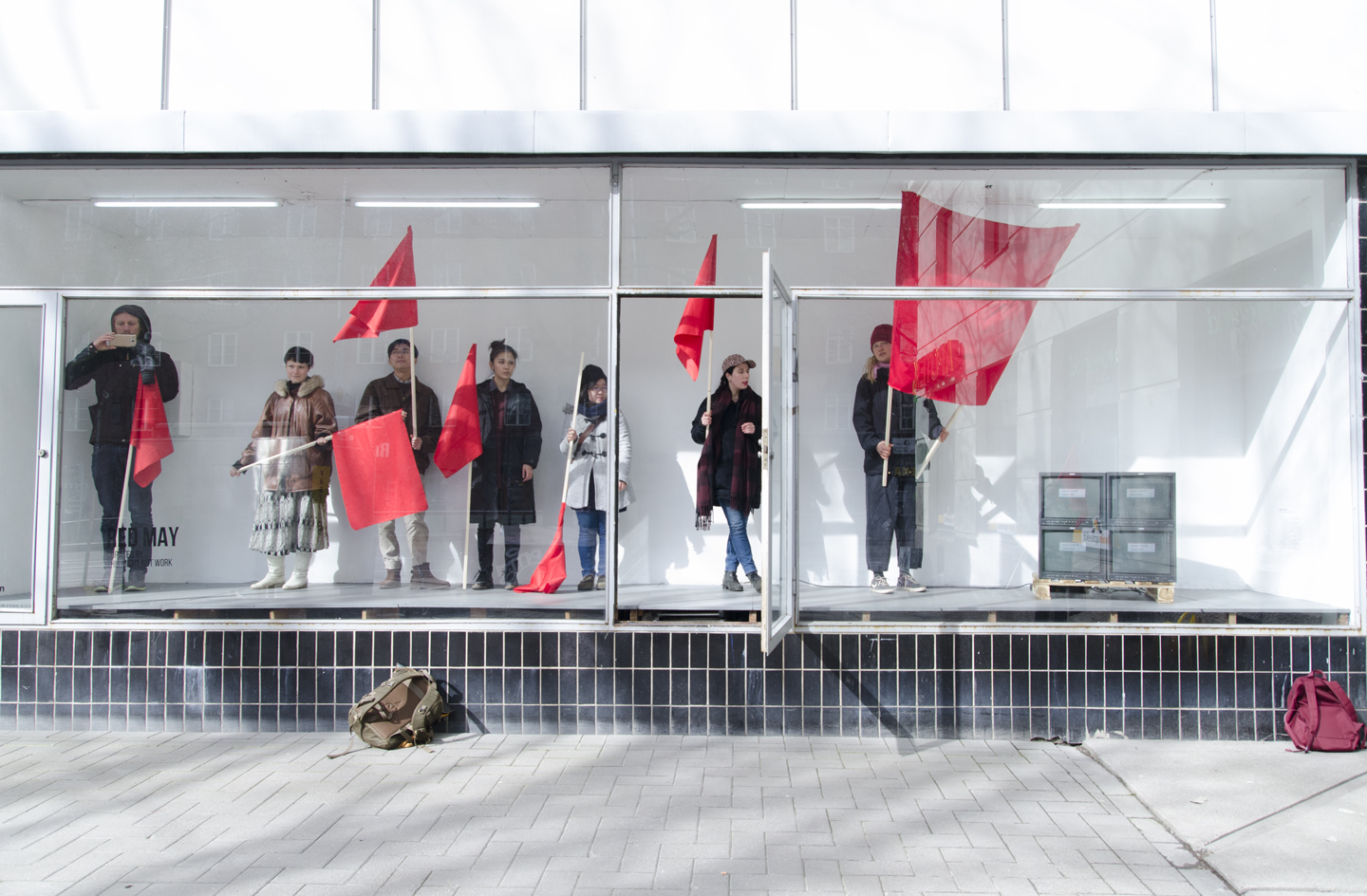 What’s the link with Helsinki?
Waterhouse: Helsinki is where one of our co-coordinators, Hami, is living now. When Philip reached out to us, Hami had already left Seattle to pursue his MFA, but This Might Not Work still works through Skype.

Wohlstetter: They actually did Red May in a gallery in Helsinki last month because that was the only time slot available. [Laughing] In Helsinki, Red May was actually Red April.

Why Marxism, why now?
Wohlstetter: I started to think about a festival for the “new left” in 2016, before Trump was elected. But it did expose a problem on the left: None of the pundits foresaw Bernie Sanders doing so well or Trump winning. That’s because they only talk to themselves. What’s called left and right in the media is better described as the two sides of a broad center. We want to expand American political discourse to include the [actual] left. We need to understand this continuing cycle of bust and boom, and use whatever tools we have to explain it. And if you want to understand capitalism, you have to think through and with Marx. But not as a doctrine. What a lot of people don’t know about left thought is that it’s very supple and flexible. But we need to bring in more varied left perspectives so people can see this.

Waterhouse: It’s about creating a space for conversation. A lot of these conversations about what a new left looks like—about Marxism—have been locked out of the public sphere.

Wohlstetter: These conversations are going on in homes or in classrooms. They’re not going on in public. With Occupy suddenly there was a place to go out in public and talk about the financial crisis. With Red May we’re trying to occupy May, to make it a month to talk about left things.

Waterhouse: This festival is a nice way of easing people into these ideas without it being terrifying. There’s this idea that Marxism is intimidating. We’ve organized Red May in too casual of a way—in bars for example—for it to be intimidating.

Wohlstetter: We’re also bringing a sense of playfulness and festivity to it. Take the Marx-athons, a Marxist version of Bloomsday, where people hop from bar to bar reading James Joyce’s Ulysses. We’ll be reading parts of Das Kapital and talking about why capital is like a werewolf, as we go from 12th Avenue Arts to the Cloud Room carrying red flags. 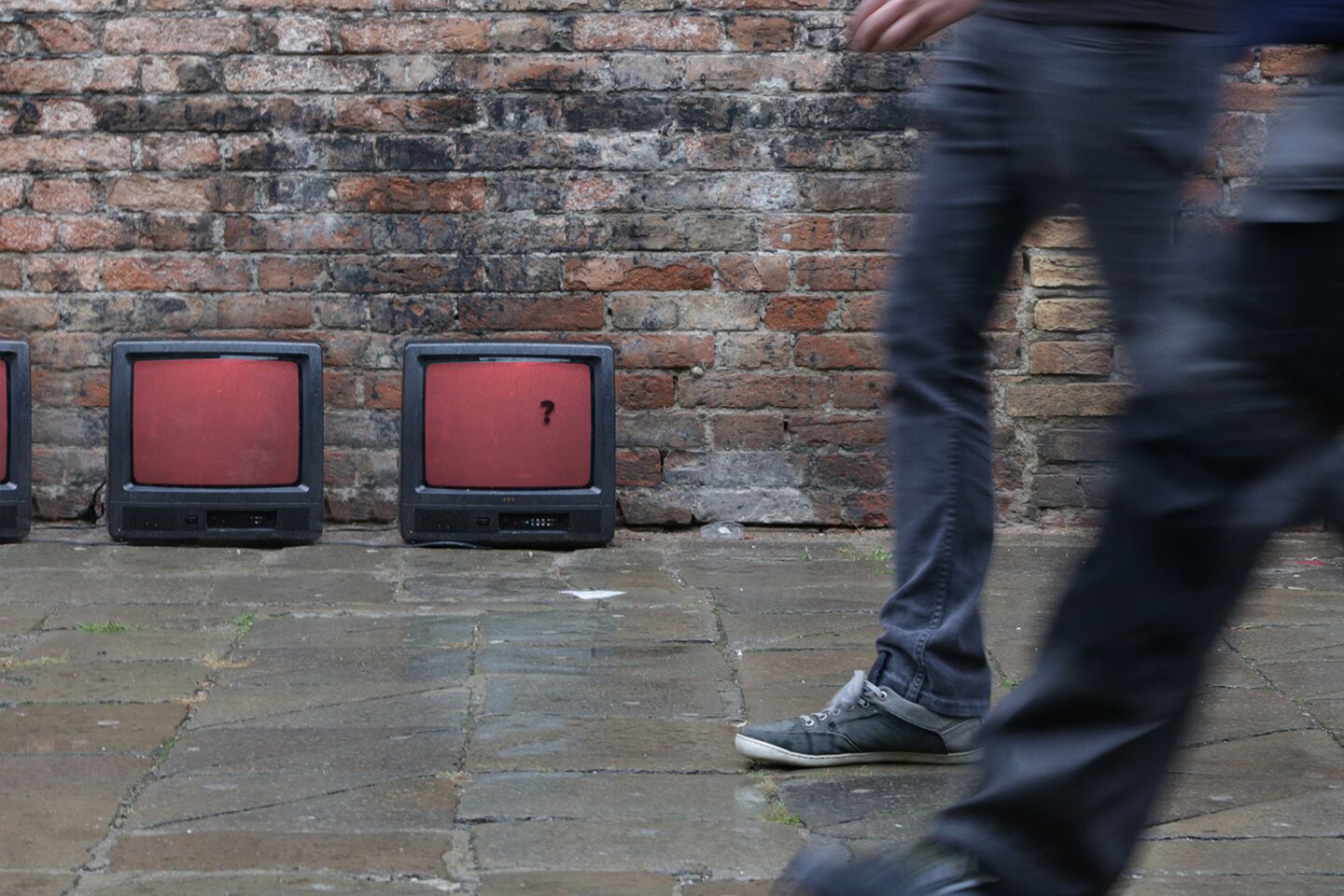 Play was essential to Invisible Seattle. How much of Red May is an incarnation of that group?
Wohlstetter: I like to think of Red May as Invisible Seattle stained red. This festival has a theoretically grounded left base that Invisible Seattle didn’t have. But they both share an element of play and festivity rather than dogma. Actually, I think This Might Not Work is actually the Invisible Seattle of now. Which is to say a group of people doing a variety of programs, organizing them just because they are cool and doing it with absolute prodigality, with no careerist orientation whatsoever.

What is This Might not Work?
Bell: We all met at the University of Washington School of Art. We wanted to organize exhibitions, film screenings and talks together. There was a vacuum. And even when there wasn’t, it went too slow. We wanted to accelerate things and organize immediately. We organized a first screening series, but as Hami was preparing to leave for grad school and myself for a year of travel, we had no way of knowing if it would fall through or not. That’s how we settled on the name. It’s also a reference to the idea that you should just do it, even if you’re not sure it’s going to work.

Waterhouse: Later, they also organized lectures and talks all around the city. It bridged the campus life with inner city life, and that was really interesting to me.

Who are you hoping will show up?
Waterhouse: It would be a cheap answer to say I hope everyone shows up. It’s hard to say: Seattle is so fragmented. I hope poets, writers, readers, academics show up; it would be good to meet them. And of course by their absence I’ll know who’s not showing up, too.

Do you think you’ll be able to attract a wider audience than the academic core?
Wohlstetter: It’s explicitly not a boring conference. I call it a gateway drug to the ideas of the left and Marxism.

Waterhouse: I grew up in Taiwan, which some people say is a socialist country. I have a completely different experience and language for talking about socialism. I went to a socialist conference here, and to be honest, it was pretty white and pretty male. So I saw which boundaries are not being addressed. I’m mainly interested in the speakers who intersect Marxism with things that I care about, like a First Nations or Black experience. Still, a lot of boundaries are not addressed and I’ll do my homework on what needs to happen. 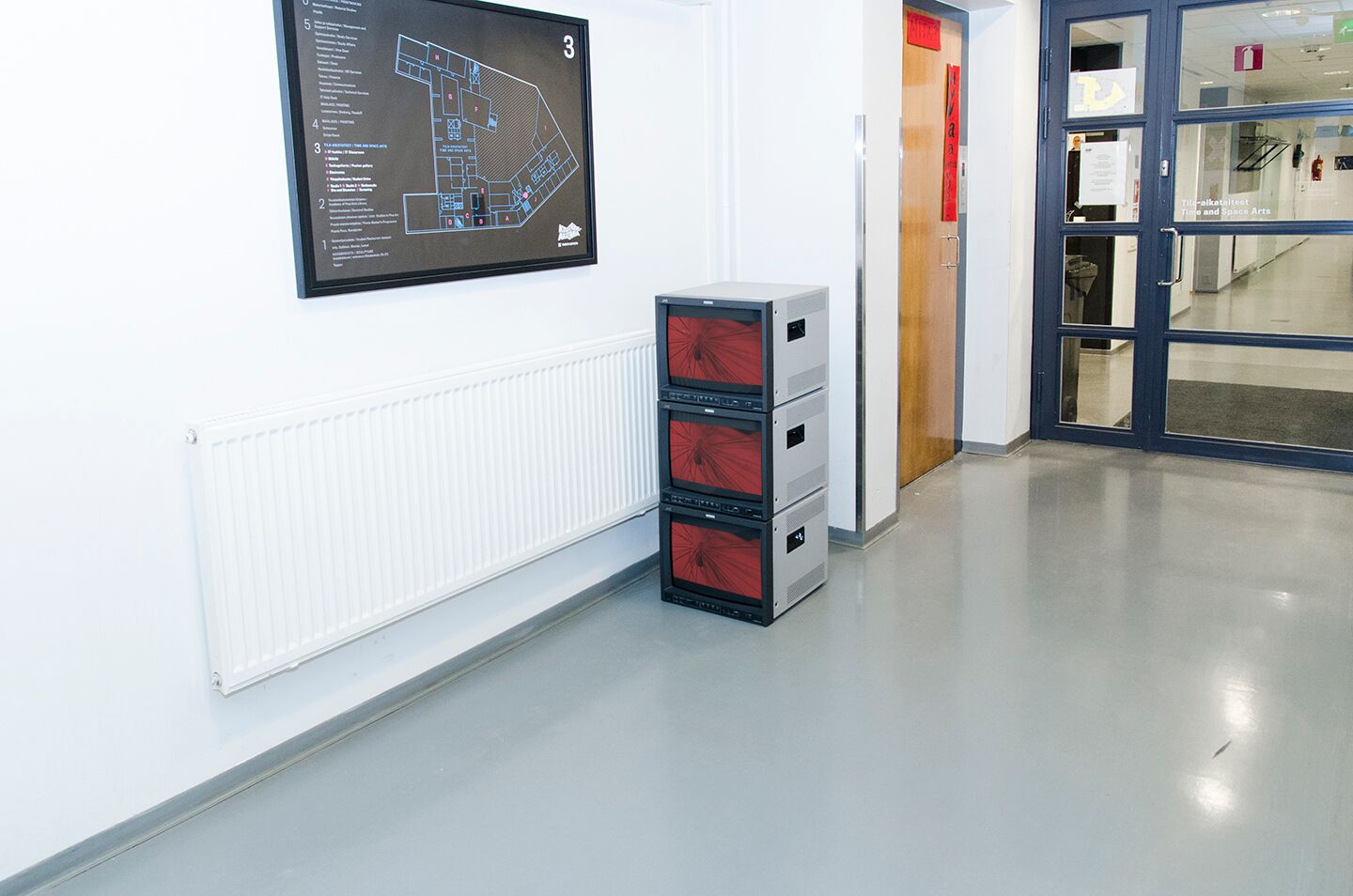 Is Seattle the fertile ground for the new left that it’s perceived as?
Waterhouse: I’m still catching on to what the old left is here in this country. Socialism is really a global question, but I think what’s important too is authorship: Who defines what it is? And who redefines it?

Wohlstetter: It’s obvious the old model of the left has died. In the US, it was very much a Studio 54-type left. Like the disco in New York, some people got through the doors and others not. There’s a new model now, which we have to define, and I think Seattle can play an important role in this. I hope we can inspire other cities to occupy their own May. But if there’s any point to mount a resistance, it’s here. Kshama [Sawant] was an international event! Three of the eight richest men in the world live here. They’re the ones redesigning the city, supporting charter schools. One of the nicest thoughts is that Bezos or Gates picks up the newspaper and sees that there is a red festival in Seattle. That would be wonderful.

Find more ino about Red May events, art and speakers (and “fake news”) at www.redmayseattle.org. Photos courtesy of Red May.