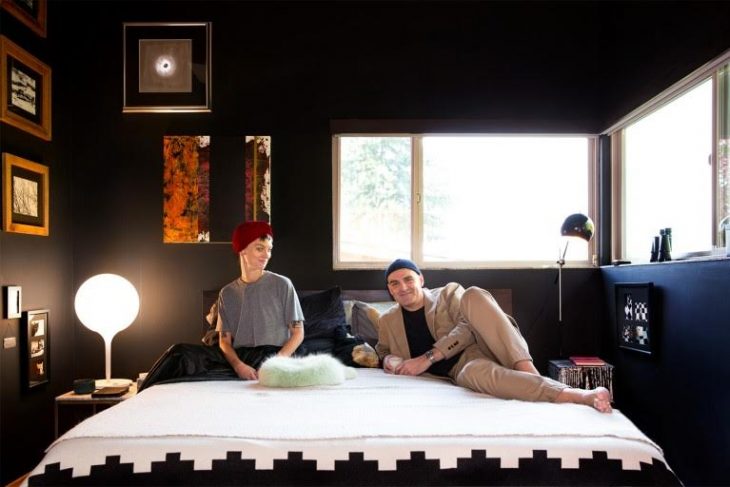 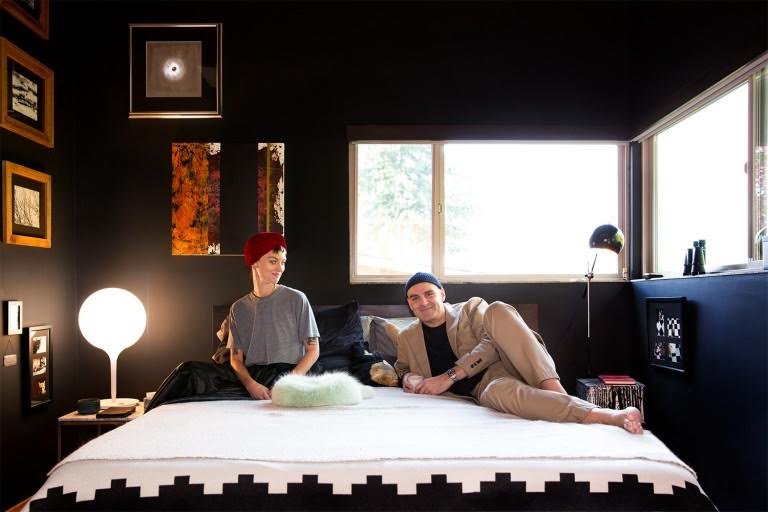 Chemistry can’t be faked; you know it when you feel it. That’s the foundational idea of group exhibit “Game Recognize Game”—another way of saying I see you. In Seattle, art scenes are constellations of creatives orbiting around each other, aligning in harmonious configurations, tethering to each other inexplicably, often with fascinating results. The two principal objects in motion for this show are Laura Cassidy and Erin Sullivan. Cassidy is an editor working with creative projects that include Olivia Kim’s SPACE and designer fashion at Nordstrom; Sullivan is an artist and musician who works in creative content at Getty Images. They also happen to be married. Their co-conspirators in “Game” are LoveCityLove’s Jessa Carter and ceramics and textile artist Ria Leigh. Comprising photography, paintings, experimental writing, music and a boutique featuring the work of additional local luminaries, their show is about uncanny and magnetic unions, about working together and working independently. Cassidy answered our questions about what’s going down at LoveCityLove this Labor Day weekend.

“Game recognize game” is this idea of “it takes one to know one.” What was the defining moment of recognition between you and Erin?
Immediately after our first hangout in 2002, I went home and wrote my brains out. I realized very early that he is pictures and I am words. In many ways we’re one of those opposites-attract couples. When I was a kid, there was a summer when I broke my left arm and my brother broke his right arm and our mom said we were salt and pepper shakers. It’s weird and probably corny, but that’s resonated ever since in so many different situations. I think Erin and I are very much a set of S and P shakers, too. Different but the same, and most useful when paired together. But at the same time I totally recognize that many people are best on their own. Our truth is not a universal truth.

The show includes your montaged film prints and experimental writing, Erin’s abstract paintings and manipulated photos, a four-part story cycle video produced with Jessa and Ria, and recordings by combinations of the four of you. Did the show come together collaboratively?
For a long time Erin was primarily known through [experimental rock band] the A Frames, but a few years back that band more or less stopped playing, and one of things that came back into Erin’s life was painting. We started putting up his paintings around our house and people kept asking when he was going to show them. Eventually he felt like he had stuff he wanted to show, and we knew I wanted to put out a book, so we started talking about how the whole thing could come together in an impactful way. Jessa and Ria are like sisters to us and they’re both so immensely talented—and we all tend to get happily tangled up in each other’s projects—so it just happened naturally from there.

I like that your first exhibit together, built on ideas of kinship, honors not only that bond but also other connections. How does this notion of inclusion inform your work and daily lives?
One thing that I feel good about is my ability to be empathetic and, I think, mostly nonjudgmental. What works for me doesn’t work for you and vice versa. There’s something so right about our shared experiences and shared memories and the universalness of the human experience. But it’s not a black-and-white thing; there are a million variations on every theme. I feel best when I can be open to understanding how different you are from me while at the same time finding and loving all the common ground. We’re not in any way trying to glorify the idea of working together or even being a couple—as the tagline says, “it isn’t a romance, it’s a documentary.”

How do you hold on to the spark of personal creation after working long hours in creative fields as your livelihood?
Erin needs a sort of perfect anti-storm in order to go down into the basement studio and paint: few if any social obligations, clean and tidy house, to-do list mostly crossed off. Oil paint takes a lot of time to dry and his paintings are full of layers—they’re built up over time. He also builds his own frames and stretches the canvas, mixes his own paint. He works in batches so that when he’s able to set aside a weekend, he’ll go through a set of in-progress pieces from Friday night to Sunday morning but maybe not paint again for a month or so. But then that’s necessary too, because the paint has to dry and life has other stuff it needs you to do.

For me, there’s no seam between life and work and writing this or writing that. It all just happens. In terms of the “other” stuff I do—the show will include 3-D and paper work that’s some form of sewing, collage, image manipulation—I tend to find little formulas or riffs that I love and get kind of addicted to. Making things is like a meditation for me.

You present your stories in a chapbook called Backyard Birds Barking at Trees. They create a through-line for the show in their range of relationships: solo contemplation in a seaside town, a camping trip, a cross-country road trip with friends.
Relationships are what interest me most. Family, friends, romantic, how we relate to each other and use each other and bounce off each other and grow in spite of and because one another. Who we are to each other and ourselves—it’s one of the reasons I hope I get a long life. I just don’t want to stop thinking about all of this.

Your stories are very intimate. Do you worry about revealing too much?
You know, I’d worry more about revealing too little. I think to get it right, I have to let the world come inside. My style is a weird combo of memoir, magical realism, experimental fiction and “other.” I take a lot from my family and old family photos. But often that means making stuff up, because I wasn’t there and my dad’s memories, for instance, are pretty flimsy. Often people will say to me, “I like the ones that I can tell are sort of true.” And I just smile and say thank you but I’m thinking, “You’re sure you know which ones are true?”

There’s also some dry humor. How did growing up in Anacortes shape your worldview?
I’m glad you see the humor. One thing that not very many people understood about Erin’s band, the A Frames, is how sarcastic and funny their songs were. But yes, the Northwest will always be my favorite setting, my favorite plot, my favorite character. I can’t not write about here and I can’t imagine ever writing much about anywhere else. I’m kind of obsessed with my childhood and my family’s collective memory, and the things that I seek out now have to do with both of those things.

We recently drove from Florence to Seaside…that wild stretch where the Siuslaw Forest meets the sea is incredible. What are your favorite coastal places?
We’re connected to Moclips. My mother and her sister and their friends went there, but even before I really remembered that, Erin and I were drawn and anchored there. But we love the desert, too; Eastern Oregon has an otherworldly yet folksy pull. We both find we can really think there.

Water is a major character in this show, appearing visually, in the literature and the music. The songs evoke it with rambling, echoed drums, psychedelic rolling basslines, and muffled spoken word with guitar flicks like wavelets. There are prompts like “Have you ever been lost at sea?” What do you want visitors to take away from their experience?
I was at the beach in Moclips a few days ago and I realized that those of us who can stand facing the Pacific Ocean are luckier than most. The ocean is so heavy, and so loud, and so powerful and there’s nothing more beautiful or perfect. I’m a Pisces; so is Erin. I’m all water, and water is the only thing that ever saves me. I don’t want to say what I want visitors to take away, but if anyone gets inspired to leave the constructed world of this city behind and go stand next to some waves, that’s definitely cool with me.

Can you speak about Erin’s paintings and his photo image selection?
Erin’s paintings are abstract; they’re mostly about color and shape and process. He might make careful markings over and over and over to fill a canvas, or make one large sudden move to cover the whole thing. He tends to look at niche periods of art or design and extrapolate from there—always while listening to loud music and watching French new wave films or Tarkovsky or something. They aren’t “about” anything, and the ones in the show will be chosen simply based on how they look in the space. We love the walls in the current LCL spot and he’ll make selections based on what feels right there.

The songwriting process seems like it has always been collaborative and involved recording in your home. What’s that like?
Erin’s mom tells me that she loved it when he was little and would put on a record and drum along to it in his room. It’s like that now. Back in the A Frames days, there wasn’t anything I loved more than those three filling the house with their laughter and noise-making. These days, I love it when he’s in one part of the house painting and I’m elsewhere working on something else.

What’s in the gift shop and how does that fit into the show?
It’s about the mix: Derek Erdman and Ashley Armitage made a zine especially for the show that’s his work mixed with hers. On the other end, there’s Frank Correa, who is such a lovely lone wolf; he ended up making a shower curtain with one of his crazy-ass hyperreal images. To me, it’s just another way of making the concept real. I believe in creating a little universe, a multidimensional representation of an idea so that you leave with multiple ways of thinking about it.