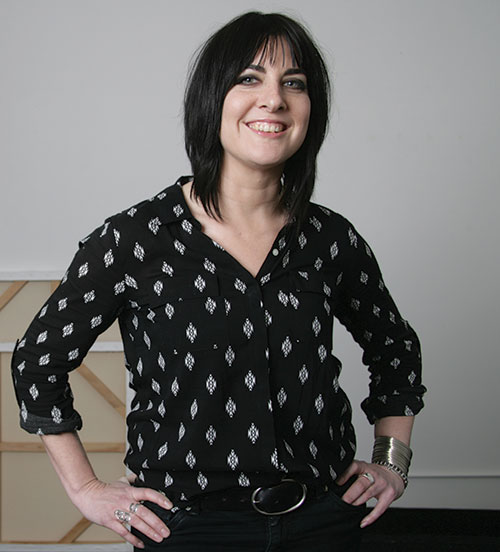 Sharon Arnold writes about art, runs a gallery and an art subscription company, and is an artist in her own right. But her career began in the culinary industry. At age 14, shortly before dropping out of high school, she began working in the kitchen at an upscale Queen Anne bakery. She was a natural. Eventually she ended up in NYC as the pastry chef at Peter Hoffman’s Savoy.

Then September 11 literally crumbled Arnold’s world around her feet. It was a wake-up call, a chance to change directions.

“I jumped—because in such dismal circumstances I had nothing really left to lose,” Arnold says. “But that’s what people go to New York to do: Start from scratch and begin anew.”

Reviving an old passion for the arts, she enrolled at the Pratt Institute to study sculpture, art history and philosophy, and eventually returned home to Seattle to study at Cornish College of the Arts.

In November she nearly sold out her “New Grads” booth at the Affordable Art Fair in Seattle, which featured handpicked work by recent art school grads Joe Rudko and Jared Bender. The whirlwind will continue in 2014 as Arnold digs deep to unearth local talent and bring new artists to Seattle. Coming soon to LxWxH Gallery: Graham Downing (SEA) this month and Jess Rees (NYC) in February.

“Galleries should be engaging spaces where people meet and exchange ideas and get excited about the way art shapes our lives,” she says. “They shouldn’t be stodgy, empty spaces that people are afraid to walk into. I’m all about making art accessible. I want to find more, new, better ways to keep bringing the art world to people in ways that make sense. Ways that are perhaps less traditional but more welcoming.”