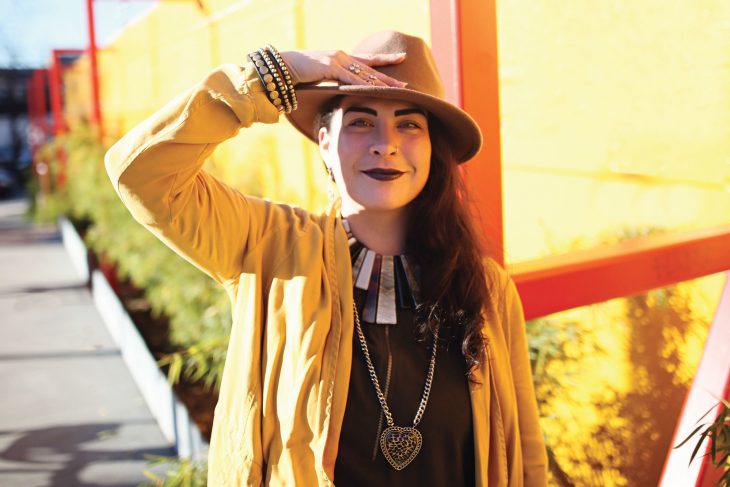 “Hip-hop politicized me,” says Julie Chang Schulman. “I learned organizing through hip-hop and developed my worldview through the music and its critiques of society.”

Schulman was a teenager when she first started attending all-ages shows at Sit & Spin, the epicenter of Seattle hip-hop in the late ’90s and early ’00s. She soon fell in with the second generation of the city’s hip-hop community, sneaking into clubs, cyphering at Westlake Center, performing at open mics, recording with collectives like Alpha P, Mad Krew and Project Mayhem. She took on the name Julie-C and hip-hop as an ethos.

Then the Seattle native took that ethos to school, delving into cultural studies with the Running Start program at Bellevue College and working as an advocate with hip-hop community organization 206 Zulu. Over the years she’s taught hip-hop debate for the Seattle Urban Debate League and media literacy at El Centro de la Raza, and for almost a decade she’s worked as a teaching artist with the Brain Child Learning Center, a private tutoring program. All the while she’s been recording and performing among the city’s thriving underground scene, releasing dozens of singles and mixtapes with local labels and filling page after page on BandCamp and SoundCloud. She’ll release her next album, Sovereign Queendom, in early 2018.

Last year, Schulman was instrumental in organizing the Artist Coalition for Equitable Development, aka ACED, which circulated an open letter to Paul Allen regarding his ongoing real estate developments in the Central District and its effect on the artists performing at his Upstream Music Festival. Schulman and the 70-plus signees of the letter (and a follow-up in September) aim to hold Allen accountable to Upstream’s stated mission of elevating the local music economy; they requested his commitment to what they believe is a more equitable, sustainable form of development in the C.D. ACED has organized rallies and performances outside the offices of Vulcan, Inc., Allen’s company, and around the city. So far they’ve received no official reply.

Their effort continues. In October, members of ACED attended a meeting—the first of its kind—between the Seattle Office of Arts & Culture, the Mayor’s Office of Film and Music, the Seattle Music Commission and a handful of developers. Giving artists a seat at the table is all she asks, for now at least.

“If we want to stay here, we have to work together and we have to collectivize our voice,” Schulman says. “This is transformation scenario planning. We shape the scenario.”

“For something as complicated as the rapidly changing face of our city, process is everything,” she continues. “And having people engaged in that process from the most vulnerable communities in our city—I wouldn’t call that success, but that’s our guiding light.”