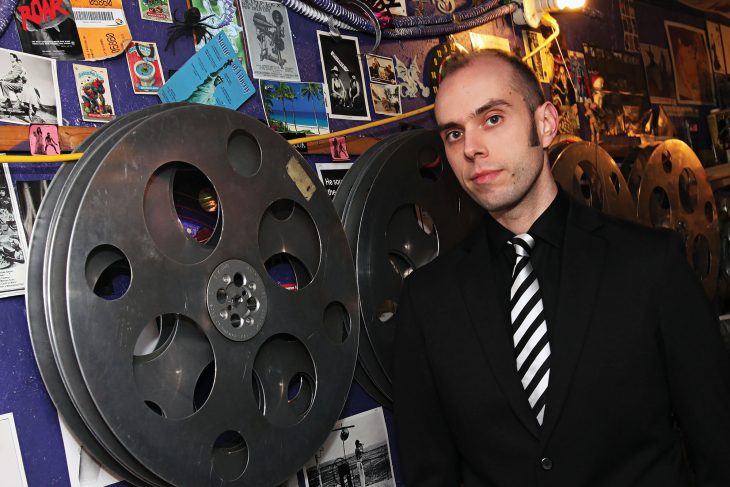 I’ve loved horror for literally as long as I can remember, so of course, everyone I went to school with thought I was a fucking weirdo,” says Jeff Ferrell, laughing. A fondness for scary things has served Ferrell well, leading him to a career.

Then his exposure on the festival circuit plus the experience he’d gained as a student at the Seattle Film Institute enabled him to shoot his first feature, a chiller called Ghostlight, with an all-local cast and crew. The movie exhibited Ferrell’s command of genre atmospherics in the service of an old-fashioned ghost story. Indie distributor Brain Damage Films released it on DVD in 2012.

Ferrell has since completed most of his next project, an anthology horror film comprised of five vignettes, each built around five different holidays, entitled Holiday Hell. He and writing partner Jeff Vigil drafted the screenplay from a concept the pair had been kicking around since their Film Institute days. “We try to keep getting a little bigger, and a little better, with each film,” he says, and Holiday Hell reflects that growing ambition, with five story segments directed by four different directors (including Ferrell and Vigil). It also features Jeffrey Combs, a popular character actor best known for his iconic turn as Dr. Herbert West in the 1985 cult horror flick Re-Animator, and for recurring guest roles on two Star Trek series. Ferrell and company are courting distributors and aiming for a holiday release in late 2018.

Coming up, Ferrell has finished a screenplay for a Dead West sequel, due to begin shooting in 2018 as part of a projected trilogy. He’s also working on a movie tie-in to his 2014 book, The Book of Whispering Spirits, a compendium of short Gothic ghost stories. “We’re hoping to shoot [Book of Whispering Spirits] in Ireland, which would be incredibly exciting if we can get the financing to do it.”

Between filmmaking projects, Ferrell makes music. He issued an album of self-described “gothic-acoustic music,” Color in the Black, in 2014, and orchestrates the annual Halloween event Carnival of Souls, a horror-slanted live variety show featuring music, burlesque and a vintage horror movie.

Amid all of this activity Ferrell maintains his abiding dedication to horror. “I love genre films,” he says. “That’s what I make, proudly.”