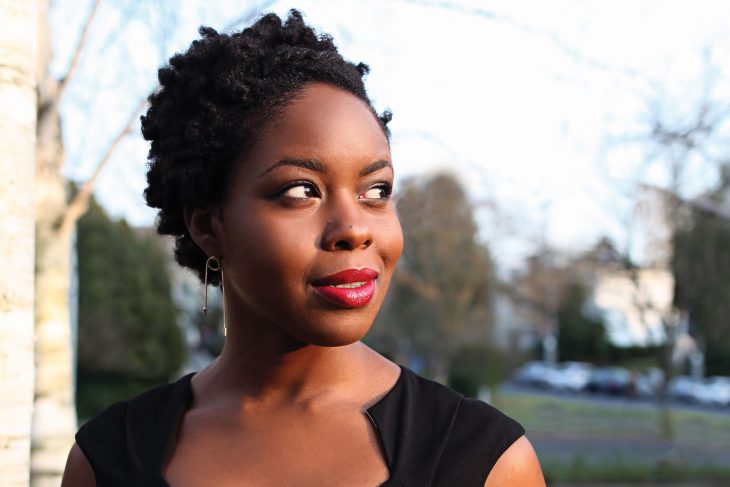 Photo by Kelly O
Hometown Laramie, Wyo.
Current Obsession Racial equity permeating all components of art-making including production, administration, artists, artisans, audiences and the actual stories themselves.
Song on Repeat “The Way You Make Me Feel” by Michael Jackson
Skill You Wish You Had Piano mastery
Last Book Read The Fire Next Time by James Baldwin

No matter how disparate Claudine Mboligikpelani Nako’s stage roles—brash, dreamy Beneatha in A Raisin in the Sun; ambitious African schoolgirl Efua in My Heart Is the Drum; bewildered Mary Warren in The Crucible—the common denominator is Nako’s performing superpower: a bone-deep, emotional-bungee-cord connection between her character and everyone else on stage.

“Connecting with other people came really naturally to me,” she says. “I don’t mean that in an extroverted sense because I’m actually kind of a shy person, but having a spirit connection with somebody I can do.”

Acting wasn’t a natural inclination; she got there via a high school acting competition where adjudicators from the University of Wyoming encouraged her to audition for college. She imagined she’d switch her major to biology, or maybe music, but never did. She again almost abandoned acting after a grueling post-grad apprenticeship at the prestigious Actors Theatre of Louisville, but stuck with it.

Nako moved to Seattle after being cast in the new musical The Callers (“phone sex and psychics!”) at Washington Ensemble Theatre in 2011. “I’ve been really fortunate in my career that all of my work has kinda led to the next gig,” she says, a gift that’s taken her to Village Theatre, Book-It, Seattle Rep and many more, and into ACT Theatre’s 2017-18 Core Company and a formative production of The Crucible.

“Something solidified in my womanhood during that experience, and I can’t really explain it,” she says. “Doing this show about silencing women’s voices and watching what’s happening in the world right now made me say to myself, I’m not willing to be silent anymore, because I’m not willing to live in a world that lives like that. I made a pledge to voice my concerns about art in general and be more vocal about the work while I’m in the room.”

Last year, Nako decided to pursue screen work, which meant turning down theatre offers. “It was a scary step, but it felt right,” she says. “Part of this new resolve was, I wanted to make choices for my life and career intentionally and not just out of necessity or fear.”

Small parts in films by two big Seattle names, Lynn Shelton and Megan Griffiths, led to a much bigger role in the Netflix show Everything Sucks!, which shot 10 episodes in Portland last summer and premieres this spring. She plays a flight attendant and single mom, who Nako talks about with genuine affection. “She had [her son] as a teenager, and he’s starting high school,” she says. “So he’s transitioning into adulthood when she meets this parent of a girl from his school, and they live out their childhoods while the kids are trying to grow up too fast.”