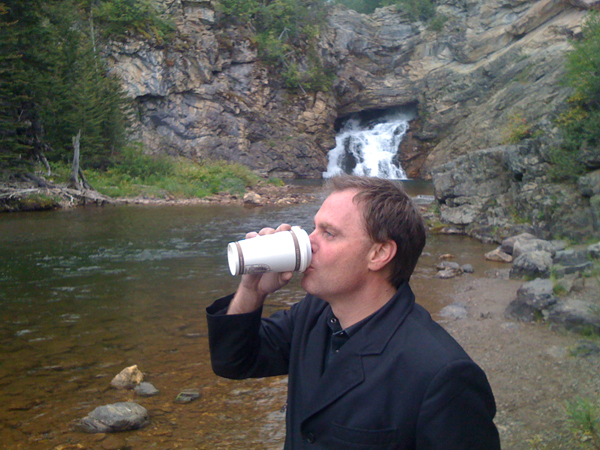 This just in: Scott Lawrimore will depart the Frye Art Museum this summer for a new position at an as-yet-undisclosed local institution. Not sure whether to cry or jump up and down with this one. He’s one of Seattle’s treasures (as is Frye Art Museum) and he’s mounted some spectacular exhibits at Frye over the past 18 months, including Buster Simpson // Surveyor and Chamber Music. He’s mum about the future but he sounds excited.

April 18, 2014 – The Frye Art Museum announced today that Deputy Director, Collections and Exhibitions, Scott Lawrimore has resigned his position and accepted a newly-created position with a local institution, the details of which will be made public this summer.

This change, Lawrimore said, will afford him the opportunity to shift the magnitude of his contribution to the cultural vibrancy of the city. He will continue at the Frye through the openings of the upcoming exhibitions Aaron Flint Jamison: Veneer 10 of 18 and Your Feast Has Ended: Maikoiyo Alley-Barnes, Nicholas Galanin, and Nep Sidhu.

“Over a period of eighteen years in Seattle, and during the last eighteen months at the Frye,” said Jo-Anne Birnie Danzker, Director of the Frye Art Museum, “Scott has consistently surprised our community with his bold curatorial initiatives. I’m sure that he will do so again. We wish Scott much continued success as he once again reimagines his role in supporting and celebrating Seattle culture.”