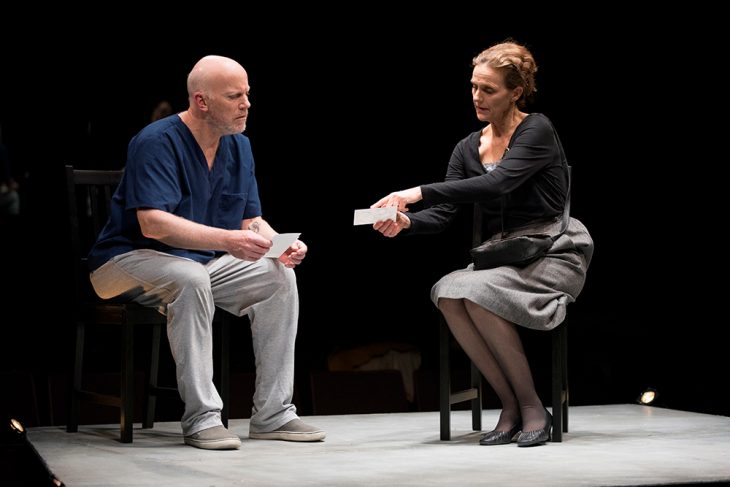 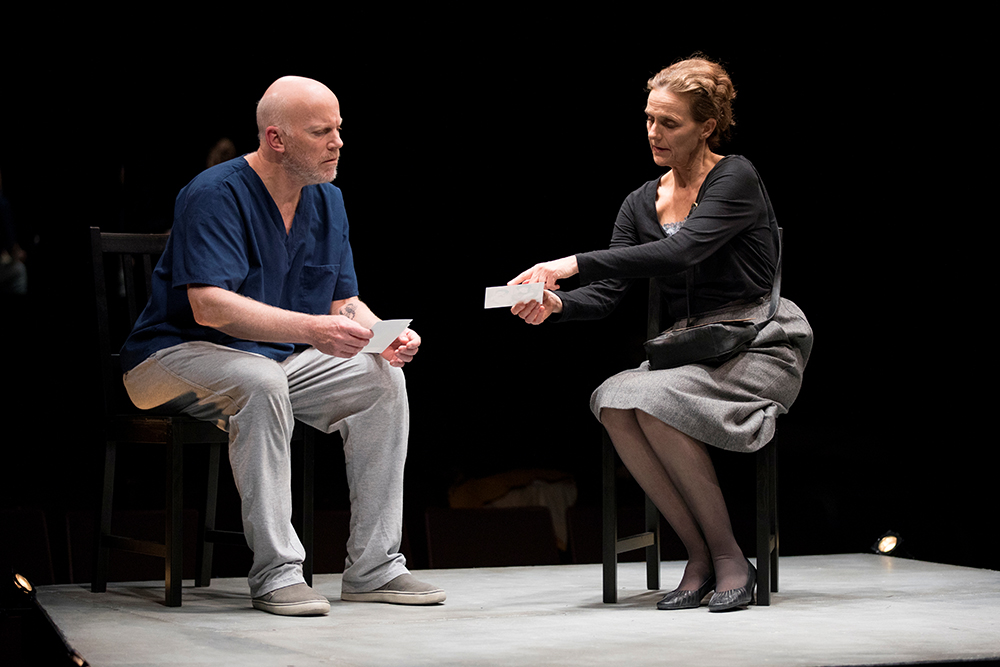 Bring Kleenex. It will be necessary.

Frozen, now running at ArtsWest, needs a trigger warning. It is an intense, deep and potent mixture of child murder, mental illness, the painful quest to forgive and, worst of all, the awful, quiet ordinariness of human evil. If you go in expecting zappy ice princesses and singing snowmen, you are going to come away a lot confused and probably at least a little damaged. And don’t even think about bringing the kids.

Here we meet two ordinary women and a rather soft-spoken older gentleman, who is busy going to seed. His name is Ralph (Peter Crook), and he raped and murdered one of these women’s daughter 20 years ago. The mother is Nancy (Amy Thone), her daughter, the victim, is Rhona. The second woman, Agnetha (Jonelle Jordan), is a psychiatrist who studies Ralph in prison. He abducted and killed a total of six young girls before being captured and carted away, and Agnetha hopes he will help her understand the line between sickness and sin, if it even exists. Her thesis is entitled, “Serial Killing—A Forgivable Act?”

We are introduced to these characters through a series of compelling monologues, explaining events from the moment Rhona vanished 20 years earlier to the present. Ralph speaks with a combination of frank nonchalance and denial as he reflects upon his crimes, teetering on the brink of understanding the horrible things he’s done. Nancy is equally matter-of-fact, holding her emotional pain close and tight. Agnetha tends to scream a lot and act harried and frantic for no apparent reason. We learn about her true motivations and connections very late in the production, and I didn’t find them entirely germane. The real story here is between Ralph and Nancy—and Ingrid, a character who is never physically there. She is Nancy’s other daughter, still living, who only appears in Nancy’s reflections but is still a pivotal catalyst to her biggest moments.

Playwright Bryony Lavery’s powerful text is well served by Amy Thone’s utter lack of histrionics. Her level, straightforward, saccharine-free delivery of intense material makes these moments even more compelling, more resonant and moving. She overtaxed my tear ducts calmly, cooly, with a dignified strength and without resorting to any emotionally manipulative tricks—she made me blubber through a solid quarter of this production.

Keen, conscientious direction by Mathew Wright keeps this production on track. Moments that could feel very forced and stagey, or even waxed melodramatic, instead play smoothly without the slightest noxious whiff of cliché. For example: when Nancy finally meets Ralph face-to-face, nothing between them, and she startles him with a picture of Rhona. “I don’t think I hurt her,” he says, hurt and confused. “But you did,” Nancy responds, with a simple clarity that rings through the room. No wailing or gnashing of teeth, no wild accusations or hugging confessions. The crushing power of plain facts. And I burst into tears again.

And brace yourself for the moment Nancy describes opening Rhona’s casket and seeing her bones. What could have been ghoulish and maudlin was instead heartbreaking and surprisingly beautiful. There are several such moments. This play isn’t messing around. And it sticks with you. Frozen takes you to some truly dark and uncomfortable places, but it’s worth the trip.