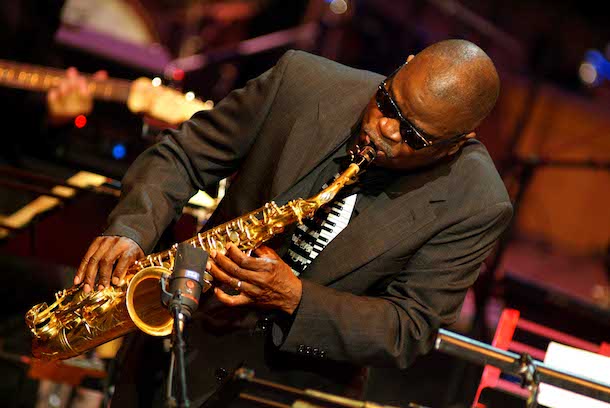 I’ll devour pretty much anything British auteur Ben Wheatley puts his name on. He serves as executive producer on this thriller, with Gareth Tunley taking the director’s chair. Tunley’s work has been drawing comparisons to Lynch and Nicholas Roeg, meaning it’s a strange alloy of private-eye flick and lysergic horror, executed with mindfucking virtuosity. —Tony Kay
Grand Illusion Cinema

It’s possible the comedy club business model is dying. Blame digital entertainment, which allows fans to save their live entertainment budget for only those famous performers they actively follow, as opposed to the random mélange of lesser-known comics served up most weekends at our local clubs. Still, there’s something to be said for the shaggy weeknight randomness that is a comedy club open mic, and Laughs’ is the best in town.  —Brett Hamil
Laughs Comedy Club

During his upcoming U.S. tour, Actress, aka British dance-music producer Darren Cunningham, is leaving behind his latest collaborators, the London Contemporary Orchestra. Instead he’s premiering a live-PA set—about as on-the-fly as an electronic musician can get—of dark, sensual techno. He calls it “classical stuff for a modern generation.” —Jonathan Zwickel
Kremwerk

Patrick Kelly isn’t from here (close: Portland!); but that’s all the more reason to bask in the momentary opportunity to experience his nonpareil use of graphite. He makes works that glisten and shimmer like black-diamond-dust-engraved marks chiseled into and onto breathless substrates. Yes, I’m talking about drawings—ones you can dissolve into. —Amanda Manitach
Bridge Productions

Maceo Parker is legit soul royalty. His sax playing and unerring sixth sense for grooves have enriched the work of James Brown, George Clinton and Prince, and Parker can still cook like nobody’s business at age 74. —Tony Kay
Jazz Alley