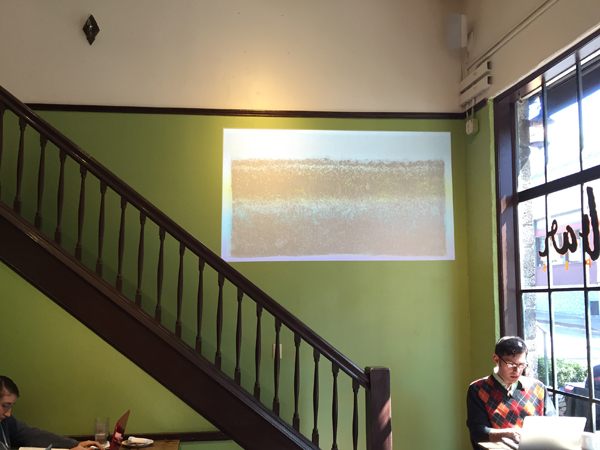 A video plays against a whitewashed square on the wall of Joe Bar: It’s a loop only seconds long and depicts an inchoate mass of ghostly, churning fuzz rolling across the sky. On the opposite wall, another projection shows an ominous gray landscape of scotch broom rolling across a field.

The pieces are animations made by Britta Johnson. The first, View Near Spokane, May 18, 1980, is a wall of smoke from Mount Saint Helens. View Near Ellensburg, February 28, 2001 is a scene from the Nisqually earthquake, one of the largest recorded earthquakes in Washington State’s history, measuring 6.8 on the moment magnitude scale and lasting 45 seconds.

Johnson is obsessed with the potential for the catastrophic. She calls herself a “disaster fantasist,” always daydreaming the worst possible scenarios, whether it be Mt. Rainier blowing, a building collapsing underfoot or an auto accident. She believes there’s a comfort to be found in this obsessive logic.

“It’s a coping mechanism,” Johnson says, “to envision disaster, to contain the havoc in your mind. Psychologically it makes sense: You pretend you’re prepared for things going wrong.” 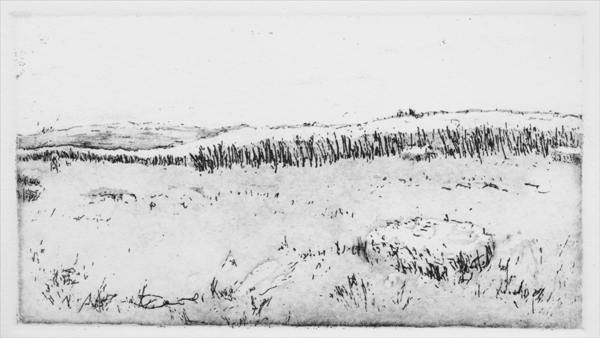 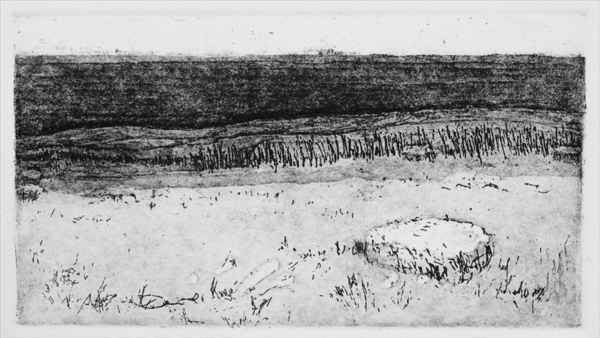 The video projections are only part of the show. Hung elsewhere are grids of delicate intaglio prints. Each could fit in the palm of one’s hand. These are the building blocks—the individual cell frames—that make up the animations.

Stop-motion animation is an obsessive and tedious medium. Adding printmaking into the process makes it exponentially, maddeningly so. It took Johnson roughly a month and a half working daily to make the series of frames. She used a single plate for each animation, re-etching the same plate over and over, pulling prints as she went. At the end, the prints were scanned and stitched together for the animation. (For View Near Spokane, May 18, 1980 Johnson created 40 separate frames from 40 iterations of the single plate.) She printed an edition of three prints per frame before attacking the plate with new layers of aquatint. With each pass, the plate etched deeper and the image became darker, resulting in a series of prints with unpredictable densities and marks. Viewed together in a grid, the sequence creates a cascading gradient that melts from blown-out brightness to a velvety, muddled mess of lacy lines that choke on themselves. 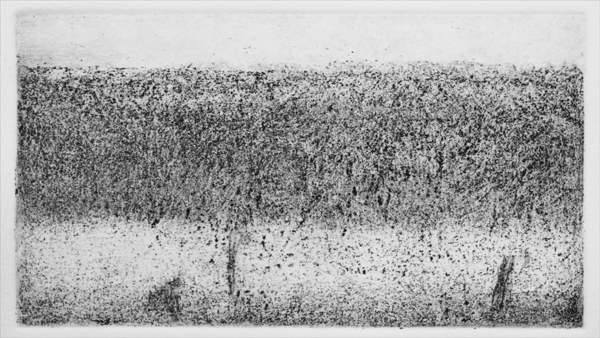 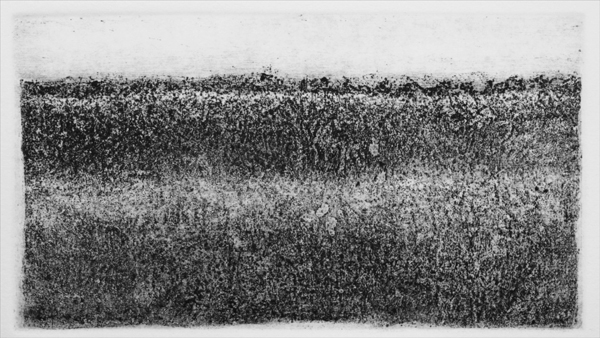 The uncertain haziness of the images exist in part because Johnson wasn’t a first-hand witness of either event. Rather, she was at a house party when a woman pulled out a collection of slides from the Mount Saint Helens eruption, taken from outside her farmhouse near Spokane. The scene from the Nisqually earthquake came by way of one of Johnson’s friends, who was in Eastern Washington working on an archeological dig at the time.

“I wondered, how did you not go run for cover or go inside and turn on the radio to find out what was happening?” Johnson says. “The common thing in the way both events were experienced by these people is a kind of mesmerism. The people were transfixed. They weren’t really in harm’s way, but they were witnessing the event with no context for what was happening.”

For Johnson, interpreting these experiences through the medium of printmaking toyed with a sense of lack of control in the face of disaster.

“It’s a really weird dance with chaos,” says Johnson, who studied printmaking in art school but abandoned it in favor of animation years ago. “That’s one of things I’ve always liked about printmaking: It undermines the impulse to control everything. It’s also one of the reasons I can’t do it much anymore. I can’t hide my fussiness in it.”

Johnson’s attempt to tease the sublime from the disasterous works. The marriage of broiling, inky plates and the lightness of projected movement invokes its own sedative spell in the midst of a frenetic environment. The bright waves of scotch broom roll in silently, involuntarily, over the heads of patrons passing through the space. The mountaintop perpetually boils over. The sky darkens then resets. The loop recalls the rhythmic unrest of a recurring dream. Whether or not it’s a bad one remains blissfully unresolved.

A closing reception for Britta Johnson’s “Rolling In” is scheduled for Friday, May 8th, 6-8 pm.