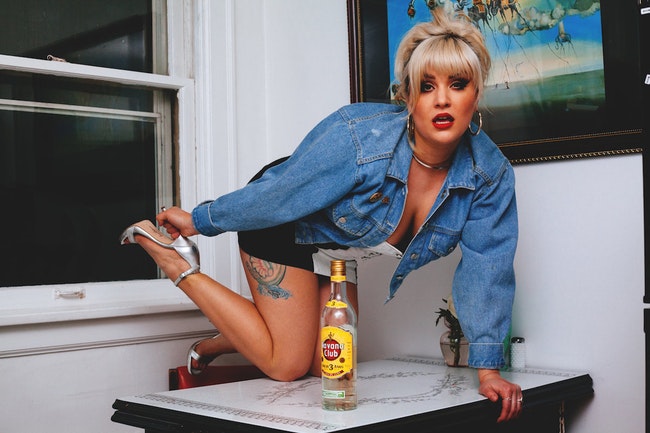 Just when I was starting to get to know New York band LVL UP’s loud, ragged, heart-on-sleeve indie pop, they go and break up. My loss, but at least they’ll deliver their Superchunk-style blue-collar post-punk with Built to Spill levels of distortion, atmosphere, and cathartic energy to burn. —Tony Kay
Barboza

Casey MacGill is a veteran jazz singer/cornet player/uke strummer whose brand of laid-back, shuffling ragtime blues sounds beamed in from a time machine that’s recently returned from some gut-bucket gin joint circa 1933. You couldn’t request a more ideal backdrop for those sounds than Vito’s, and free, of course, is the best price of admission ever. —Tony Kay
Vito’s

Track down Ursula Rose’s watercolors at the BLUR space in Linda Hodges Gallery. Rose renders figures that melt into half-states of existence, like wisps of beings carved out of smoke. For a very different vibe, Philippe Hyojung Kim and Maria Phillips are the 2018 Recology CleanScapes artists in residence. They’re mounting two bodies of work that’ll make you look twice at the unwanted detritus you toss. —Amanda Manitach
Various venues

Caela Bailey straddles Seattle’s music and burlesque scenes, which means she puts on one hell of a high-energy show. Her new project Seattle Psychedelic Circus is a collaboration of local dancers, burlesque and circus performers and musicians, including Hotels featuring Adra Boo, and Bailey, who’s a phenomenal singer in her own right. —Gemma Wilson
Neumos

Kevin Allison, of the long-defunct but eternally legendary sketch comedy group The State, hosts this live show and podcast. The gist: storytelling to the Nth degree, in which people tell stories they never expected to share in public. Allison is a delightful host who wrings incredible work out of all his risk-taking storytellers. Expect to hear some crazy shit. —Gemma Wilson
Vera Project

Ruler frontman Matt Batey endures a life of anxiety and metabolizes it into wickedly catchy indie-rock songs. And though his boyish looks and acetate eyeglasses suggest a gold medalist in the Math Olympiad, on stage he’s a bona-fide rockstar. After toiling in Seattle’s musical trenches for a decade, he recently released Ruler’s debut, Winning Star Champion, and it’s very good. —Jonathan Zwickel
Sunset

“Total Freedom.” “Keep On Going.” “The Feeling of Being Alive.” “The Power of Partying.” “The Party Never Dies.” If it were up to me this preview for posi-core guru Andrew W.K.’s hard-rocking live show would include only song titles from his recent You’re Not Alone album. I got pretty close. —Jonathan Zwickel
Showbox