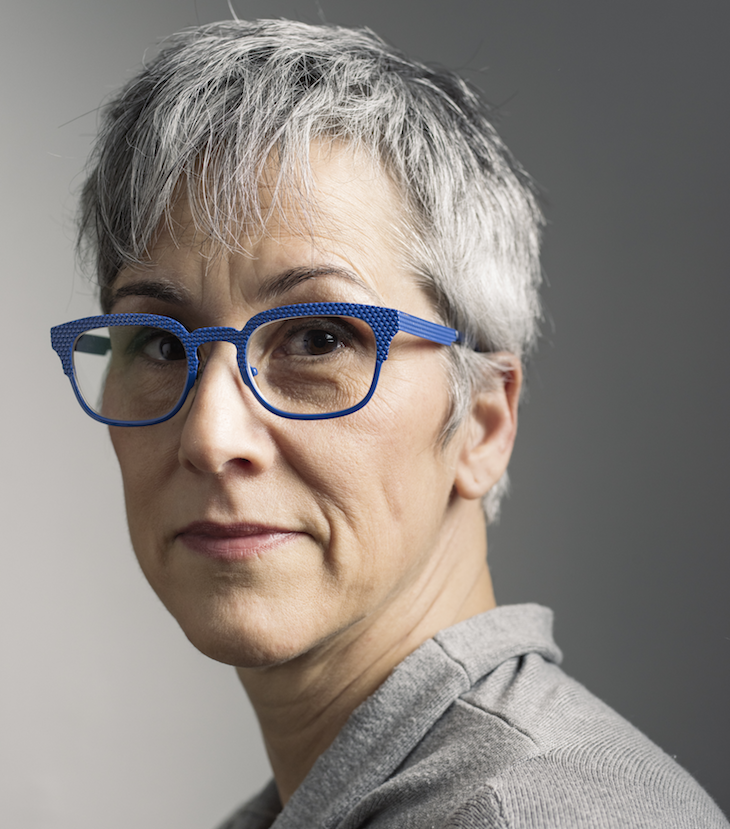 Stop what you’re doing right now and watch Stephanie Peirolo’s story for The Moth, “Walking with RJ.” It’s the story of her son—a tragic accident, an excruciating journey through the healthcare system, his death—told with the elegance, humor and open-hearted energy of a veteran performer. But it took a winding sequence of events and a lot of convincing to get Peirolo, an advertising professional and novelist, onto that stage. Her best friend, a constitutional lawyer and professor, teaches a college course about health care and tells Peirolo’s story; one day, a producer for the multi-platform storytelling project was in the audience. Eventually, with the help of what Peirolo calls her “Moth angels,” she told RJ’s story on both the Moth mainstage in San Francisco and later here at the Neptune.

That story is just one of the seeds of Disclosure, Peirolo’s one-woman show premiering at 18th and Union this weekend, directed by her Moth collaborator Maggie Cino. “She said, you have to write a one-woman show,” Peirolo says, recounting a post-#metoo conversation in which she’d shared some of her many harassment stories from the advertising world with Cino, who also pointed out how rarely women tell stories about work.

How did you transform those stories into Disclosure?
The centerpiece is the story of what happened to my son, but more from the perspective of how the corporate world treats people who get sick, or people who care for sick loved ones, particularly single moms. And then, I’ve had three significant legal settlements in my career, and two of them I am not allowed to speak of because of non-disclosure agreements. In the third [settlement], which happened just a couple of years ago, I negotiated that I wouldn’t disclose the financial component of the settlement, but I had no other restrictions on disclosure. Which is why it’s called Disclosure. What I realized over the last few years is that those NDAs, they’re not paying us settlements to make right what they did wrong, they’re paying to keep us quiet. So, part of my negotiation was, I’m not going to be quiet.

How’d that go over?
Let’s put it this way, and this is actually part of the show: I negotiate for a living. Men have underestimated my capacity multiple times, this one just happened to work out best for me. [laughs] I knew what I wanted walking in and I got it.

This sounds like a lot of story elements in a one-hour show. How did you work on structuring the piece?
I knew I wanted to start with those three settlement stories, and then I thought about this interesting This American Life about women and sexual harassment and the idea of, where did you get your ideas? How did you grow up? What were you taught? I thought about how my father raised me. He was first-generation Italian, he had two girls. He was like, you will have a career, you will be successful, you will be independent. And he taught me how to negotiate when I was like 10 years old.

I started out as a journalist but ended up working at a high-tech start-up, the only woman on the sales team. That was where I first understood that a hostile work environment is very different than the sexual harassment I had when I was working as a waitress. The arc of that particular job, which is inherently dramatic, is where I really started, and then that moved into me working in advertising, which has just as much sexual harassment, they just have better props.

Then the experience of working those kind of jobs and raising two kids by yourself, and also the story of my son and what happened, but particularly in the corporate context, how I was treated as a single mom who was trying to take care of a gravely disabled child and what happened after. Because he died almost 13 years ago. How do you go back to work after that? What does that look like?

What became important to me was actually the team that I worked with. I ended up in management, and I was managing people who were like my kid’s age, and these young people are really changing how we work. I felt a real sense of hope that these people are coming up with a new way to do work, a new way to do gender, a new way to think about work-life balance and they’re not taking the shit that we took, that we were told was normal. I want to move with them into this new era. It’s not a hopeless thing, it’s this is bad, let’s do something different, and oh look, these kids are showing us how to do it.

What’s the importance of telling those stories as we move forward, do you think?
It’s important to recognize how bad it is. I talk about how, in my life, there’s a number of men who I invite to be better men, and that moment where you challenge a white man with his white male privilege and they have a choice—they can listen, or they can get angry. You can be a better man, and I’m inviting you to do that by participating in this story. It’s important for to recognize that this is not new behavior—if you had told me in 1995 that this same stuff would be happening in 2015, I wouldn’t have believed it. The challenge is, it’s not just the personal interactions, but the cultural support for them. When women do come forward they get money and have to sign an NDA—how are we going to save each other? We need to tell the stories. We need to say this man did this thing to me.

There are men who are in positions of power who have multiple settlements, and nobody knows. That isn’t going to change until we shift how our corporate culture works, step away from the NDAs, step away from protecting people in power and start believing women.

We have a kind of brutal capitalist economy where humanity can be disregarded as a cost-saving measure. That’s how you get an advertising agency saying, this chief creative officer is so valuable to us we are going to ignore the fact that he has this history. In the situation with my son, it’s saying we don’t really need to be supportive of this person or, technically if there’s a layoff it’s not a violation of the Family Medical Leave Act.

And they know you can’t do anything about it, or don’t have the means to fight it.
Oh yes. Because I called the Department of Labor and they said we wish we could do something for you but there’s no enforcement mechanisms for that. What do you do if you work for a big corporation? It’s financially expedient to cull people who are not able to work 60 hours a week for a couple of months. This is codified in our culture, and there aren’t robust protections, and it’s unlikely under this administration that there’s going to be more protections. But I feel like that’s part of it too: we need to know the history, but we also need to know that the structures that allow this to continue are very much still in play.

Do you think there’s an over-conflation of harassment with sexuality? That all harassment is sexual in nature?
Sex and gender are used interchangeably and not always accurately. I have been harassed because I’m female, and I’ve also been harassed in a specifically sexual way. The thing that happens, at least in my world, is that you turn 40 and you become invisible as a sexual being. It’s like that Amy Schumer sketch, “The Last Fuckable Day.” It’s amazing that in some ways the harassment is even stronger because it’s like, this notion of women being in the public space to please men, so there’s an affront: I’m sorry, you’re not fuckable anymore, so why are you here now?

When I took this job as president of a company, a friend of mine who’s in her 70s said, I want you to watch out for the force field. There’s a cultural force field that meets women with power and you need to be careful. It’s the affront of you’re an older woman with power and you’re not supposed to be here. That force field, that visceral intense rejection, that isn’t about sexuality. It’s about gender. And it’s just as bad if it’s a person of color and even more so if it’s a woman of color. It’s the implicit cultural biases is, I don’t know how you unwind that, but again that’s the power of the story, to try and get the empathy.

It’s like the Moth story: If you talk about insurance companies needing reform, no one’s going to listen to that. But to actually tell the story of what happened to my son and how that tied into the insurance company, that has an emotional impact.

How has your relationship to telling RJ’s story changed over the years?
It’s always hard. I’m now rehearsing, and when I’m rehearsing the parts about the work stuff, it’s great. When I have to go into [RJ’s story] it’s much harder. I’m focusing on things I probably couldn’t have talked about earlier. I talk about his death, but I also talk about what it’s like caring for someone who is gravely disabled at home. That’s something I could talk about a little bit before, but it’s something that people need to know: the reality of caring for someone who is gravely disabled and to not have support.

It’s been enough time that I feel like I can tell that story, but it’s still really hard, and Maggie is great, she’s like we’ll find the spots where you need a little break, and we’ll put up some pictures. And there’s still something about it that’s comforting. A lot of people wrote me after the Moth story, sending me pictures of their sons who had died, and they were like, I want you to see his face. And I would say he’s beautiful. And that’s what happens. My son existed, and he was beautiful. And he played the drums, and he was an amazing person, and other people know him now.

Being able to talk about him in a larger context means, he lived, and he made a difference, and he made a difference to me. If I stand up on stage and I cry, that’s OK. I loved my son, and I miss him every day. And if I can open someone’s mind and have them not think “healthcare reform,” but have an idea of the human being behind that, that’s wonderful.

See Stephanie Peirolo in Disclosure on July 27 and 28 and 18th and Union.