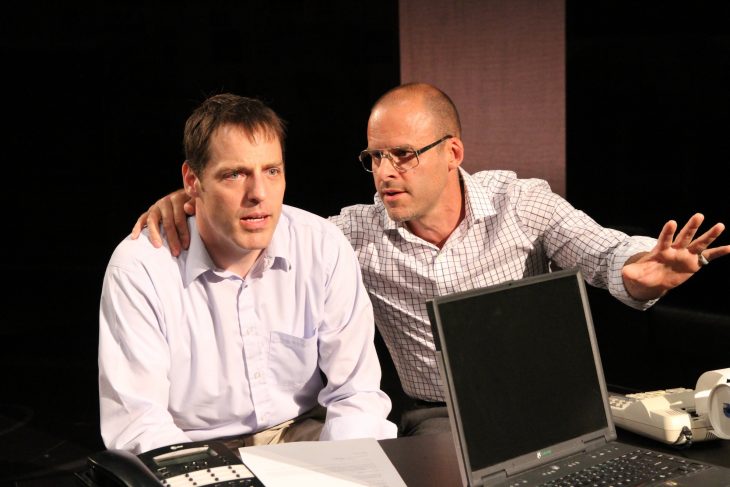 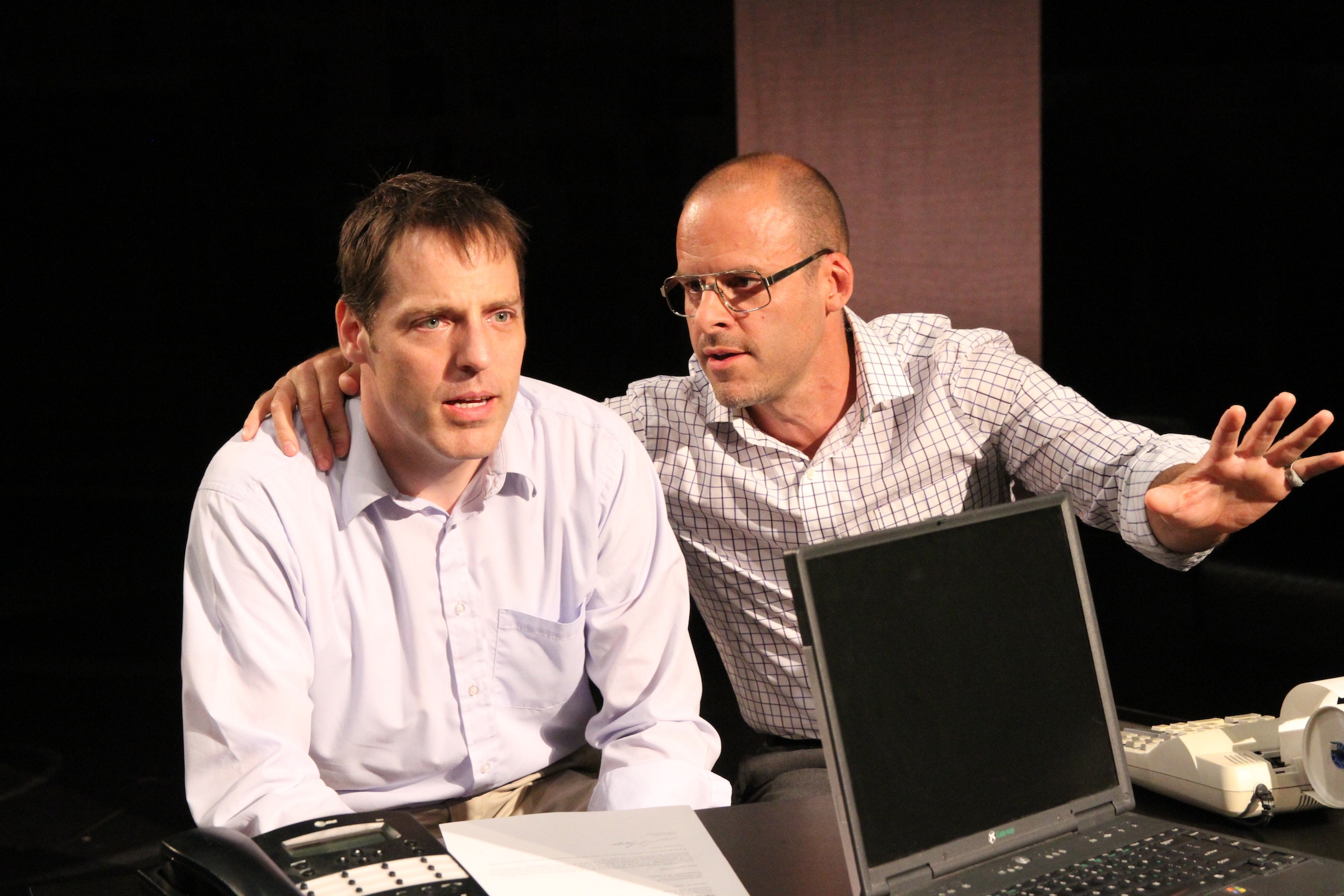 On a bullet point level, there is probably nothing in The Financial Lives of the Poets that you haven’t heard before. The Book-It Theatre production, adapted from the 2009 novel by Jess Walter, is set in the height of the financial crisis. An unemployed business reporter (RIP, newspapers) is on the verge of losing his house and his marriage, and his kids might have to go to public school. The horror.

Watching someone flounder in extreme financial circumstances is nothing new. But at Book-It, the trope has gotten a fresh coat of paint from Walter, adaptor/director Myra Platt, and lead actor Evan Whitfield as the rapidly-unraveling Matt Prior.

After being laid off from his newspaper (to which he had crawled back, after realizing his financial poetry Web site idea was terrible), Matt makes a nighttime trip to 7-Eleven for overpriced milk. He ends up hanging out with several young stoners, and returns home with a new appreciation for convenience store burritos and the idea that selling weed is the solution to his problems.

Whitfield’s guileless performance brings the hilarious, poignant poetry of Walter’s words to life with impressive ease. Matt’s life spirals ever more out of control, thanks to the addition of drug dealers, cops, and his wife’s ex-boyfriend (to name just a few). We spiral right along with him, somehow on board with all his increasingly questionable choices.

But Whitfield isn’t carrying this show alone. Other standouts include Cobey Mandarino as a feckless, reckless financial planner who tosses out phrases like “fiscal Ebola;” Todd Jefferson Moore as Matt’s aging father, living in his son’s house as senility slinks in; and Jennifer Sue Johnson as Matt’s frustrated wife Lisa, her performance shot through with glimmers of the romantic spark she and Matt once had.

Then there is Jamie, played by Trick Danneker. He sports the same tattoos and piercings as his stoner cohort, but Danneker’s subtle performance shows us something different about this kid—a churning thoughtfulness in his quiet, hangdog demeanor; his unlikely simpatico with middle-aged Matt.

Maybe it’s just being in the Jones Playhouse instead of Book-It’s usual, column-plagued Center House Theatre, but there is a welcome lightness to this well-paced production. Things drag a bit in the second act, but that’s partially a function of adaptation: An evening of theatre doesn’t sustain a cyclical narrative the same way a novel can. In Poets, the cycle is thus: Disaster strikes, a solution (however far-fetched) is attempted, failure crashes in again, and a revelation is had. The scale changes, but the elements remain much the same, and it’s to Platt’s credit that the touching moments within this rolling plotline are plucked out with care.

Particularly well-crafted are the moments when time slows down for Matt as he feels everyone around him speed up. The disjointed effect could be unbearably cheesy and Platt could have skipped it in the adaptation, but I’m so glad she didn’t because the end result is beautifully cinematic.

A less appealing construct is the rapping. If Walter’s young stoners spontaneously communucate in rap from time to time on the page, then I will offer my apologies. On the stage, it felt like a totally unnecessary addition to language that has a rhythm all its own. It reads as more awkward than edgy, and some of the actors are better at it than others. Enough said.

With the exception of the occasional shtick-y detour—an over-the-top Australian real estate agent and redneck newspaper owner—Poets is a  wonderfully wary look at the American dream. When things (surprise!) don’t end up happily ever after, Matt is forced to reevaluate what he really needs. The real surprise is just how satisfying not having the answers can be.

The Financial Lives of the Poets runs through June 30.