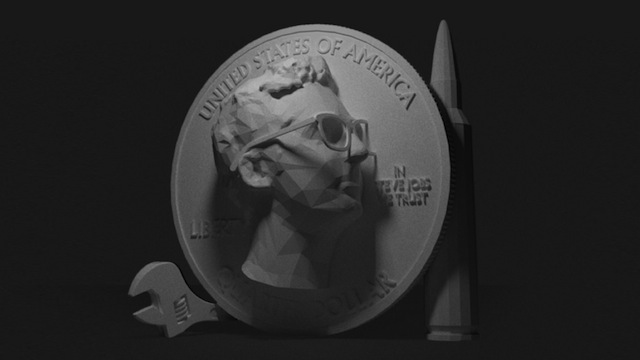 Still from 'Print the Legend'

We live in a world of style over substance. But in the case of the ByDesign Film Festival, style, form and design are the substance, in the best possible way.

Co-presented by local design firm Civilization and the Northwest Film Forum, this 2015 edition of the annual architecture and design film festival covers a massive swath of design-related topics, from fashion to outside-the-box architectural innovations to astonishing advances in 3-D printing technology. And cinema—a medium that perpetually straddles the line between art and commercial practicality—provides an ideal platform for the ideas and issues broached in the festival.

ByDesign begins tonight and runs through April 14. It’s an impressively all-encompassing affair, with free presentations and seminars (including a closing-night lecture at the Frye Art Museum from noted designer, author and educator Surya Vanka) augmenting the film screenings. At the core of the festival, however, is a varied and thought-provoking roster of movies, all screening at the Film Forum.

Fresh Dressed (April 10): Tonight’s opening night party culminates with a screening of this new documentary by Mass Appeal magazine Creative Director/Rolling Stone writer Sacha Jenkins. Fresh Dressed traces the history of hip-hop via its fashion, following the evolution of an aesthetic that began on the New York streets before leaving its prominent stamp on popular culture.

Print the Legend (April 11): If you need any evidence that the future is now, look no further than this doc about the development and staggering potential of 3-D printing, a technology that allows the generation of three-dimensional objects, including—potentially—human organs for transplant.

Microtopia (April 11): Downsizing isn’t just a buzzword, it’s a sworn mission for several architects, scientists, artists and thinkers around the world. Microtopia unveils the fruits of their labors—compact domiciles that range from ergonomically-constructed mini-cabins to pod-like units suspended above the ground via hydraulics.

Interiors (April 12): The main character of Woody Allen’s 1978 dramatic film is an interior designer (Oscar-nominated Geraldine Page), but above and beyond that connection, Interiors sports Oscar-nominated art direction and ample demonstration of the emotional messiness running rife in even the most ordered and linear of family environments.

City: Hall (April 12): The brouhaha over Frank Gehry’s controversial Experience Music Project design’s got nothing on the furor generated by the futuristic design of Seoul, Korea’s new City Hall building. Jeong Jae-eun’s documentary follows the construction of the controversial structure and the wildly, furiously divergent views it’s inspired in the Korean populace.

Civilization Conversation Series (April 13): ByDesign co-sponsor Civilization presents a series of short filmed interviews with some of the most compelling creative forces in design, including Milton Glaser, April Greiman and Stefan Sagmeister (subject of the unreleased doc The Happy Film, whose extended trailer screens between the interviews).

Sauerbruch Hutton Architects (April 14): Filmmaker Harun Farocki extracts a surprising amount of dramatic tension with this documentary about the titular Berlin-based architectural firm. The movie’s largely composed of conversations between the company’s planners, a tangent that touches on the exacting detail and human conflicts generated by epic building projects, as well as the sometimes terrifying leap of faith required to bring the abstraction of a two-dimensional design to full-scale three-dimensional life.

Series passes for ByDesign ($60 for the general public/$30 for Film Forum, ARCADE and Frye Art Museum members) and more information can be found at nwfilmforum.org.