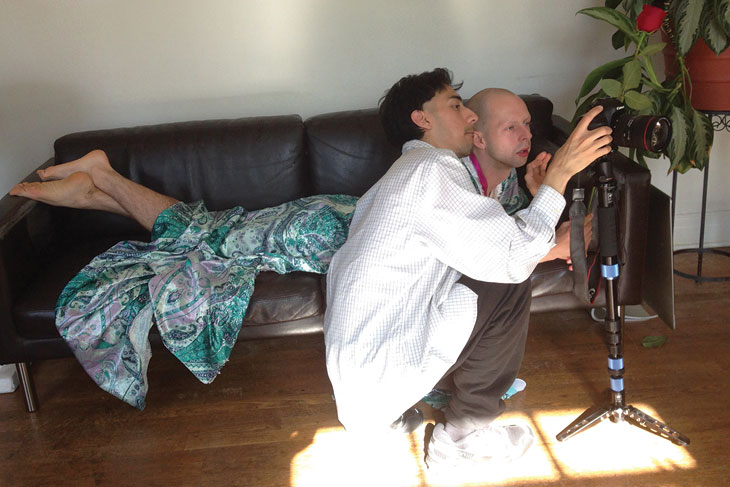 If the last month has left you feeling alternately enraged and demoralized, we’ve taken care to include a few subjects in this issue that might warm your icy heart: a symphony about food, the ever-dapper artist Juan Alonso-Rodríguez, a new study from ArtsFund that measures the profound social impact of art. And most of all, Arson Nicki, whose utter lack of conformity gives me hope.

But Arson is also packing a message about identity—and by and large this issue is packed with stories of fighting determination and a boiling need to defend culture and artists from the forces that would seek to quash them.

Let’s begin with women: Tessa Hulls tackled her rage in an illustrated epilogue. Margo Vansynghel covered a new glossy zine called The Magazine of Glamorous Refusal, about saying no to all the things. And I had the pleasure of interviewing Shout Your Abortion’s Amelia Bonow—a conversation that knocked the wind out of me at least twice. You better believe that the women of this publication will not sit back while the patriarchy spits in our faces. We are here to fight for our own value—and yours too.

Speaking of fairness: Gemma Wilson’s reported essay wrestles with the thorny topic of wages for theater artists, who are, in general, woefully underpaid for their labor. And Margo’s feature story in this issue reports on the inequities surrounding historical preservation and what’s considered worth saving, including the Showbox and other buildings without “architectural integrity.”

I hope you’ll help us continue to do this work by becoming a member of City Arts today.

See you out there,
LEAH BALTUS
Editor in Chief
leahb@cityartsmagazine.com