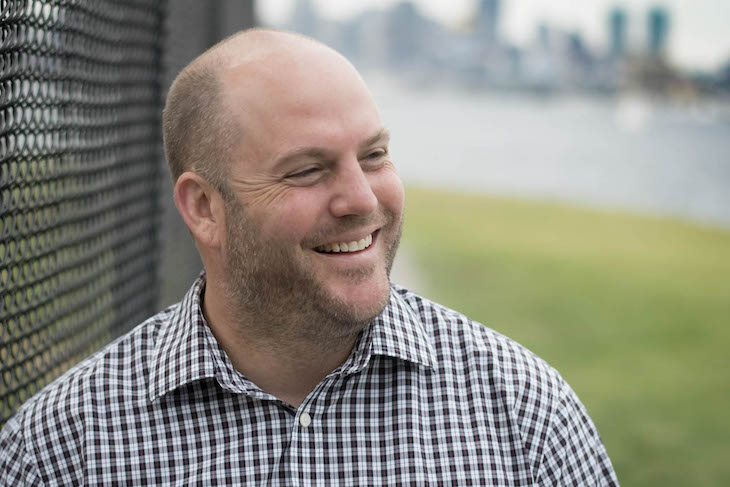 A few days after that bellicose golf enthusiast won the 2016 presidential contest, I uninstalled the Facebook app from my phone. The news since has been a steady disintegration toward the dystopian, but without Facebook in my face all day I’m able to metabolize this toxicity without falling apart. After a month without it, I began to feel like I was on a potent antidepressant.

As you probably know, studies now show that social media makes people measurably less happy. This is true across cultures, ages and national boundaries. Since the advent of the smartphone, rates of teen depression and suicide have surged. Despite its hyperbolic title, last month’s feature in The Atlantic “Have Smartphones Destroyed a Generation?” was a carefully researched appraisal of the overwhelming evidence that social media are destructive to mental health. You should read it. With a stiff drink in your hand.

People often celebrate the human imagination as if it’s purely a blessing, but the imagination is also the source of our nightmares. Facebook usually stimulates the worst of it. Envy, for example. Also blind political rage. Feelings that thrive in a space of active, but emotionally stunted, imagination. These emotions are all isolating, which helps explain the seemingly counterintuitive fact that researchers find that people become lonelier when they’re connected to their community constantly through social media.

The kindest imaginative power is empathy, but it’s a strenuous emotion that requires work—and Facebook’s limited, isolating emotional palette, with its endless scroll of personal updates and opinions, is not well suited to it.

But fiction is. Studies also show that reading and writing fiction—particularly nuanced and artful fiction—increases empathy. Readers actually demonstrate a temporary improved ability to imagine what’s happening in other people’s minds. The effect is even more pronounced for authors, since they have to do the initial heavy imagining before the story finds completion in the mind of a reader.

Last year, in an op-ed for The New York Times, novelist Kaitlyn Greenidge described how she struggled to write a covertly racist character in a way that felt convincing. She finally realized, with dread—Kaitlyn herself is Black—that she would have to “love this monster into existence.”

That’s the thing about writing fiction, as opposed to, say, writing a Facebook post: If you’re going to do a decent job of it you have to figure out how to truly empathize with your characters, even the monsters. Nabokov had to really commit to capturing the humanity of a pedophile and murderer to write Lolita, and the book is so breathtaking because of how well he succeeded. The trick of that book—as hundreds of critics have noted—is that it makes the reader root for Humbert until the end, when it flips a mirror up on you, and you see yourself there on the wrong side of the thing.

As an author you can’t fake the empathy. The novelist Sunil Yapa—who coincidentally was a classmate of Greenidge’s—has spoken often about the role of empathy in writing Your Heart is a Muscle the Size of a Fist, which takes place entirely on the day of the 1999 WTO protests in Seattle. His book is told from seven rotating perspectives. Some are protestors of different stripes, but there’s also a beat cop, and the chief of police, and a Sri Lankan delegate to the WTO. For the book to work, they all had to be treated with the same degree of humanity. Readers can easily tell when an author is only generous to the characters the author would like in real life, and it feels like a failure of imagination.

If Nabokov had been subtly winking at the reader with the covert message of Wow this Humbert guy is a real monster, isn’t he? it would have signaled that what Nabokov really wanted was moral cover for himself. Making himself look good would have been his priority, instead of capturing the actual complexity of his monstrous protagonist.

On Facebook it’s hard to imagine the humanity within the “monsters” we encounter. Righteous anger can be productive, even necessary for important social and political change, and there’s an argument to be made that seeing too much humanity in monsters makes a person really bad at fighting monsters. That might be true, but it’s a miserable and lonely world if we’re all pitchforks and torches all the time.

A couple years ago there was a viral story about some frat boys who videoed themselves singing a racist song. The greedy joy with which I and others set upon them on Facebook was startling. A bully’s glee surging within me, I kept refreshing my feed as I watched the lives of those racists get destroyed. Right as we were in our condemnation, something ugly was happening within me: I was becoming a troll, part of an angry mob—and Facebook was enabling it.

No doubt there are people who manage to render a more multi-dimensional, even empathetic, experience on Facebook. But I suspect most of us aren’t nearly so adept at it, and it ends up devouring our time and imaginations, hollowing out our relationships. We’d be better off reading a work of fiction, which David Foster Wallace described as something like an antidote to loneliness, offering “imaginative access to other selves.”

Peter Mountford is a novelist and teacher.