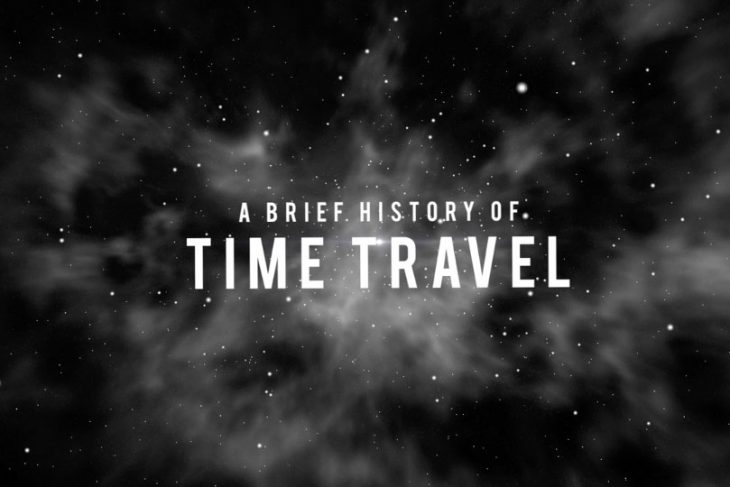 Who hasn’t fantasized about going back in time?

Gisella Bustillos’ forthcoming feature-length documentary A Brief History of Time Travel asks more than 40 interviewees—researchers, business strategists, yogis, game designers, writers, cryogenicists and everyday sci-fi fans—what they would do if they could go forward or back in time. The answers are as diverse as they are impassioned.

“From the perspective of some working in fields like computer science, physical time travel is literally possible,” Bustillos says. “They’re currently working on time machine prototypes that can send matter, on the molecular level, back.”

Why has time travel polarized theorists and inspired creatives for so long? The question haunts Bustillos. The daughter of two science-minded parents (both have degrees in computer science), Bustillos grew up assuming she’d follow in their footsteps. In high school she discovered she had a distinct lack of aptitude and interest in science, but she was enthralled by the arts, participating in competitive piano and making her first documentary film—a piece on Nelson Mandela. Hooked on the medium, she departed to study documentary filmmaking at New York University.

After a few years working for ad agencies making web and TV content, Bustillos returned to Seattle in 2013 to make her first feature. “I just had to take a plunge,” she says.

Bustillos grew up on a diet of The X-Files and Star Trek as well as cinephile classics. Chris Marker’s 1962 science fiction film La Jetée—a stark film using an unconventional photomontage style to describe a tale of time travel—served as inspiration for her project.

The film fell outside the scope of most documentary funding opportunities, so Bustillos turned to Kickstarter. In October 2014, nearly 500 backers pledged $40,688; it didn’t hurt that the campaign came with a glowing recommendation from Bill Nye.

“When they think of time travel, most people think of time machines, of H.G. Wells,” Bustillos says, “but it’s so much more complex than that. There have always been stories about being displaced in time: Sleeping Beauty or Rip Van Winkle. Going back further, there are tales of bending time since the earliest mythologies.” Bustillos notes that it wasn’t until the Industrial Revolution that time travel narratives took on a sense of controlled exploration.

Since editing wrapped last month, A Brief History of Time Travel is slated for a summer release across digital platforms, online distribution and Comic Cons, as well as more conventional film festivals.

If given the chance, where would Bustillos go? “A hundred years into the future: I could still probably figure out how to get around, but I’d just love to see how technology develops. I’m a nerd at heart.”