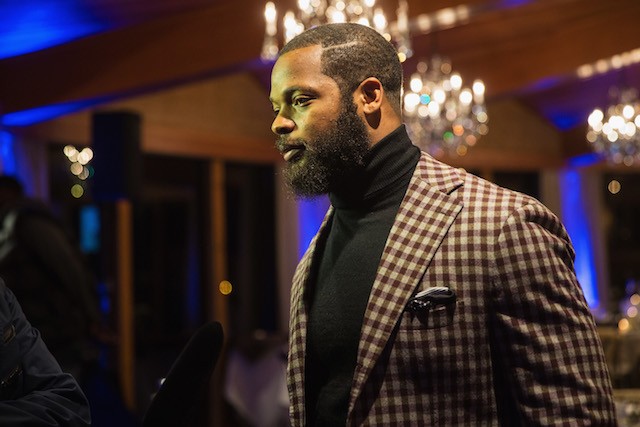 More than a century and a half since African Americans threw off the shackles of trans-Atlantic slavery, debates still rage about the proper path forward in the post-emancipation period. Since the days when Booker T. Washington, Ida B. Wells, W.E.B. Du Bois and Marcus Garvey were contemporaries in postbellum America, Black community leaders have puzzled over the same problem: what a freed people’s first steps should be in a strange and inhospitable land. As Black people migrated to all four corners the country—the urban confines of the east, the plains of the Midwest, the expanse of the west—this question has followed us, often inspiring divisive discussions about authenticity, commerce and representation.

To give too much sway to Washington’s approach is to risk furthering respectability politics that value Black lives only inasmuch as they’re presentable to white commercial norms. Move too far in the direction of Du Bois and you elevate a narrow elite of Black intellectuals and technocrats while silencing the common folk who fueled the great cultural engines of jazz and, later, hip-hop. Recalling the relentless catalogue of white supremacist abuses in the brave work of Ida B. Wells leads to mental exhaustion; the proto-Afrocentrism of Marcus Garvey appears to cynics as pie-in the-sky radicalism.

Seattle hasn’t been absent from this conversation. The Emerald City was once home to the vaunted “Black Victorians” of the late 19th and early 20th centuries—a canny cohort of shopkeepers and business owners who kept their distance from less well-off Blacks who lived in the city’s rowdy center. In the recent era, with gentrification eviscerating the social fabric of Black Seattle in the aftermath of crack-cocaine epidemic of the 1980s, divides that once characterized the class strata of African-American life have collapsed. When Blacks as a whole are blotted out, shades of Black are harder to see.

Dumi “Draze” Maraire—musician, activist and entrepreneur—in collaboration with Seahawks defensive end Michael Bennett and Community of Practice, has a solution: Sidestep old debates about economic power versus political power, politicize the accumulation of wealth and recognize financial empowerment as a necessary component of political empowerment.

On Saturday, July 29 at the Seattle Art Museum, this conglomerate of Black excellence will take host the Power Summit, an all-day festival that will kick off a campaign to help 100 new Black-owned businesses open in Seattle in the next calendar year. The event will also feature a “Coffee with the Candidates” talk with mayoral candidates Nikkita Oliver, Jenny Durkan, Mike McGinn and Jessyn Farrel, during which KIRO journalist Essex Porter will ask each candidate what they would do to help spur Black economic development in their tenure as mayor.

As the slave trade, housing segregation and gentrification were all dictated by the market, Black capitalism has been vigorously criticized—even and especially by Black thinkers. In his 2016 book Knocking the Hustle: Against the Neoliberal Turn in Black Politics, Lester Spence writes “the neoliberal turn—the gradual embrace of the idea that society works best when it works according to the principles of the market—explains that there are some Black populations we’re willing to fight for, while there are others we are willing to let die.” Embracing capitalism means celebrating “hustlers” who can hack the game while leaving the less fortunate to fend for themselves. Nonetheless, the Power Summit is about seeing financial empowerment as a function of Black power for the broader African-American community.

I spoke to Michael Bennett and Draze about their vision for the Power Summit.

City Arts: I’ve been thinking a lot about the new song “The Story of O.J.” by Jay Z. The song has the line “financial freedom’s our only hope/fuck livin’ rich and dyin’ broke.” Has that idea resonated for you?
Michael Bennett: That’s one of the biggest lines right there. A lot of people, especially Black people, don’t know anything about the financial system they live in: stocks, bonds and all the things you can do to turn money into more money. We want to create a dynamic where you don’t need one rich Black athlete or rich Black entertainer to be responsible for all the wealth creation in a family. We want average people to know how the system around them works.

Draze: You look at Black Wall Street, and you had this community that was thriving on its own. And we’re asking, with the Power Summit, how do you recreate that? Obviously, without the part where resentful white people destroyed it. Music plays a huge part in this vision, because for us, music is conversation. The role of rap has never been to be the politician or the businessmen—it’s to be the news anchors and the prophets. The Power Summit channels the spirit of hip-hop in that regard.

Not that Wall Street is something we should strive to reproduce, but I feel like there are mini-Black Wall Streets everywhere. All of them are tragedies that keep being recreated. The story of the Central District in Seattle, and gentrification, is a story about the evaporation of hard-earned Black wealth. It’s hard to recover from that.
Draze: Personally, I’ve been in a gentrified space for awhile, emotionally if not physically. I didn’t ever really see a solution to such a complex problem. But one day I was watching an interview with Dr. Boyce Watkins, a member of the finance faculty at Syracuse, and he was saying something to the effect of, if we can open up a certain amount of Black businesses in communities that are gentrifying, and if these communities had more ownership over themselves, maybe they wouldn’t just disappear. So that birthed the idea the Power Summit has of launching 100 Black businesses in a calendar year.

MB: This is about growing up into a mentorship role, which is something a lot of Black people don’t enjoy the benefit of. When you’re the first to do something, you’re the experiment—whether it’s learning how to play football, or learning about business. So we want to make sure people who are coming up have the kind of guidance and leadership that we never had, because we’re in the position to provide it. Collaboration is a beautiful concept, man.

Michael, speaking of collaboration, I know you’re working with Dave Zirin on a new book. The title is Things That Make White People Uncomfortable. How does this relate to what you’ll be talking about at the Power Summit?
MB: My book is a lot like the Power Summit because it’s an open dialogue that I hope people can learn from and also laugh with. There are people who see Black Lives Matter, but that don’t know about the experiences that created the need for Black Lives Matter. So this is a book that talks one Black man’s experience growing up, the father figures I found on the field and off the field, the injustices that I’ve seen, and how those things make me want to be remembered as someone who stood for something, and who gave back.

Professional sports are one of the places where the power or organized labor is most visible. Like, literally everyone on the field is unionized. Who do you think will be really putting in work for the Seahawks this year?
I think Thomas Rawls getting healthy would be huge. He’s worked so hard to get back to a place where he’s healthy, and I think people are going to see that this year. We saw a little bit of it last year in the playoffs. Like with Black Lives Matter, a lot of fans see the player’s performance, but they don’t always see the work a player puts in to get ready to perform.

Draze, who are some of the stars of the Power Summit?
Draze: Too many to name, almost: Vivian Phillips, a great thinker and conversationalist, will be moderating a panel on Black artistry as a commercial vehicle. Nikkita Oliver will be in the mayoral chat. Ricardo Frazier, Sir Mix-a-Lot’s manager, will be talking about how it is that Mix—who none of us can remember the last time we heard a new song from—is still getting those royalty checks [laughs]. And people should also look out for Aramis Hamer, who painted the KEXP mural, who will be on our panel as well. We’re also going to have a Shark Tank style competition where Black entrepreneurs will get feedback from Michael Bennett, among others, about how to make their business ideas and pitches stronger. When you talk about giving people mentorship and guidance, this is what it looks like.